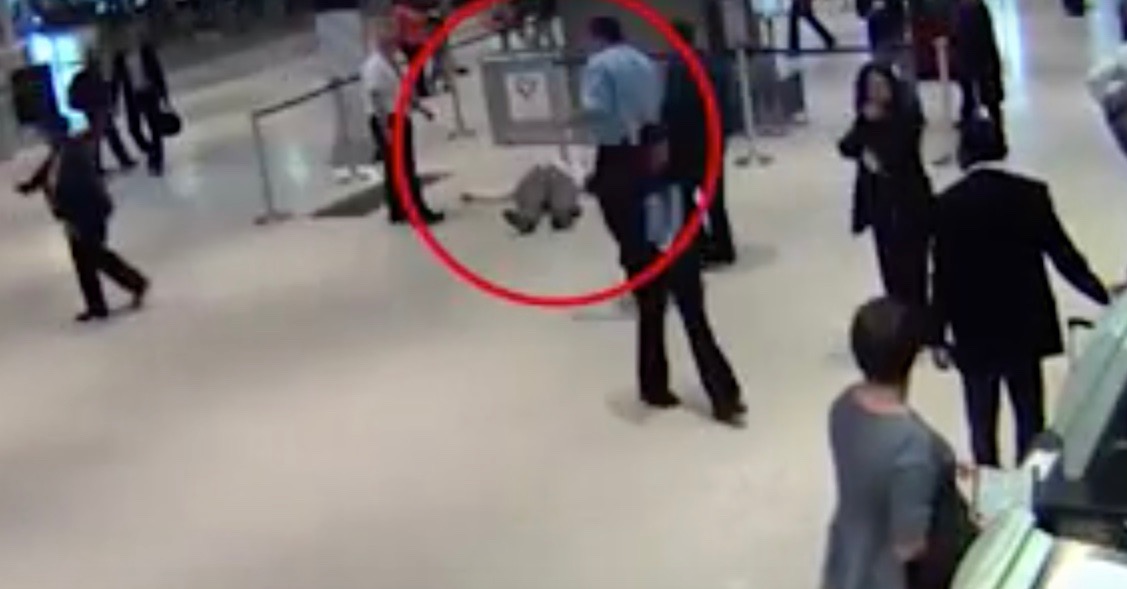 A United Airlines employee is back in the news after an incident from two years ago got him fired.

From the video above, Alejandro Anastasia is seen shoving an elderly man identified as Ronald Tigner, a Houston lawyer, at the George Bush Intercontinental Airport in Houston.

RELATED: United Airlines just made a major announcement about their Houston hub at Bush

United quickly released a statement after the 2015 incident, which publicly announced Anastasia was terminated and further described the incident as a display of “completely unacceptable behavior,” adding:

The actions shown here do not reflect our core values or our commitment to treat all of our customers with respect and dignity. We are reviewing all circumstances surrounding this incident and reaching out to our customer through his attorney to profusely apologize for what occurred and to make this right.

Despite the apology, Tigner is currently reportedly suing United and two of its employees for over $1 million for injuries sustained by the claimed negligence seen in the footage.

Lawsuit documents allege things escalated after United employees were unable and refused to reconcile an issue with Tigner’s boarding pass, which ultimately prevented him from boarding.

Tigner repeatedly asked Anastasia for assistance, but things turned violent when Tigner told the employee to “wipe that smile off your face.”

Following Anastasia’s physical response, Tigner was left unattended and motionless on the floor for nearly 50 seconds.

Anastasia was subsequently charged with injuring an elderly individual, a felony, and was ordered to apologize, as well as attend anger management classes.

The suit follows another United incident, where a Houston-trained musician was involved in an altercation with an employee after she refused to check her 17th century violin .

RELATED: A Houston-trained violinist claims she was forced to bow with a United Airlines employee