Menu
Follow us
Search
Menu
Search
FILE - In this Wednesday, March 1, 2017, file photo, Exxon Mobil Corporation Chairman & CEO Darren Woods, third from left, joins the applause during opening bell ceremonies at the New York Stock Exchange. Woods succeeded Rex Tillerson, following Tillerson's nomination by President Donald Trump to be the next United States Secretary of State. Woods is a veteran of the more cautious refining side of the oil business who is likely to focus relentlessly on controlling costs. (AP Photo/Richard Drew, File)

It’s expensive to be Exxon; however, $20 billion isn’t what it used to be to the energy giant.

But the effects of such a fat stack of cash are the same regardless, and the Houston-based corporation’s announcement of a commitment to the amount for the U.S. chemical industry points to big things for our local economy.

RELATED: One Texas lawmaker is trying to get your number

Exxon anticipates the $20 billion boost to increase the number of U.S. jobs the company has created since 2013 to 45,000, and President Trump could not be more pleased:

Exxon CEO Darren Woods spoke at CERAWeek, a pumping (pun intended) energy industry conference in Houston, on Monday, where he said many of the new jobs will be right in our Gulf Coast back yard and pay around $100,000 per year. Where do we apply, Woods?!

This is only the new CEO’s second public appearance since he replaced Rex Tillerson earlier this year after Tillerson jumped the rig to join President Trump as his secretary of state.

RELATED: Exxon claps back at China after the world’s largest country makes a major commitment to electric cars

Since then, several companies, including GM and Wal-Mart, have announced their plans and re-commitments to U.S.-based projects.

Keeping his rich friends close, Trump said in a statement:

“This is exactly the kind of investment, economic development and job creation that will help put Americans back to work. Many of the products that will be manufactured here in the United States by American workers will be exported to other countries, improving our balance of trade.”

Optimism aside, CERAWeek’s unspoken themes from the past two years have been about how the price of oil is falling and is projected to continue to fall, especially as technology continues to advance away from the many products petroleum produces.

Conviction is everything, and maybe Exxon is taking the approach most actors utilize — if you say anything enough times, it becomes true.

Keep pumping, Exxon. And feel free to share that direct number to Tillerson we know y’all have these days. 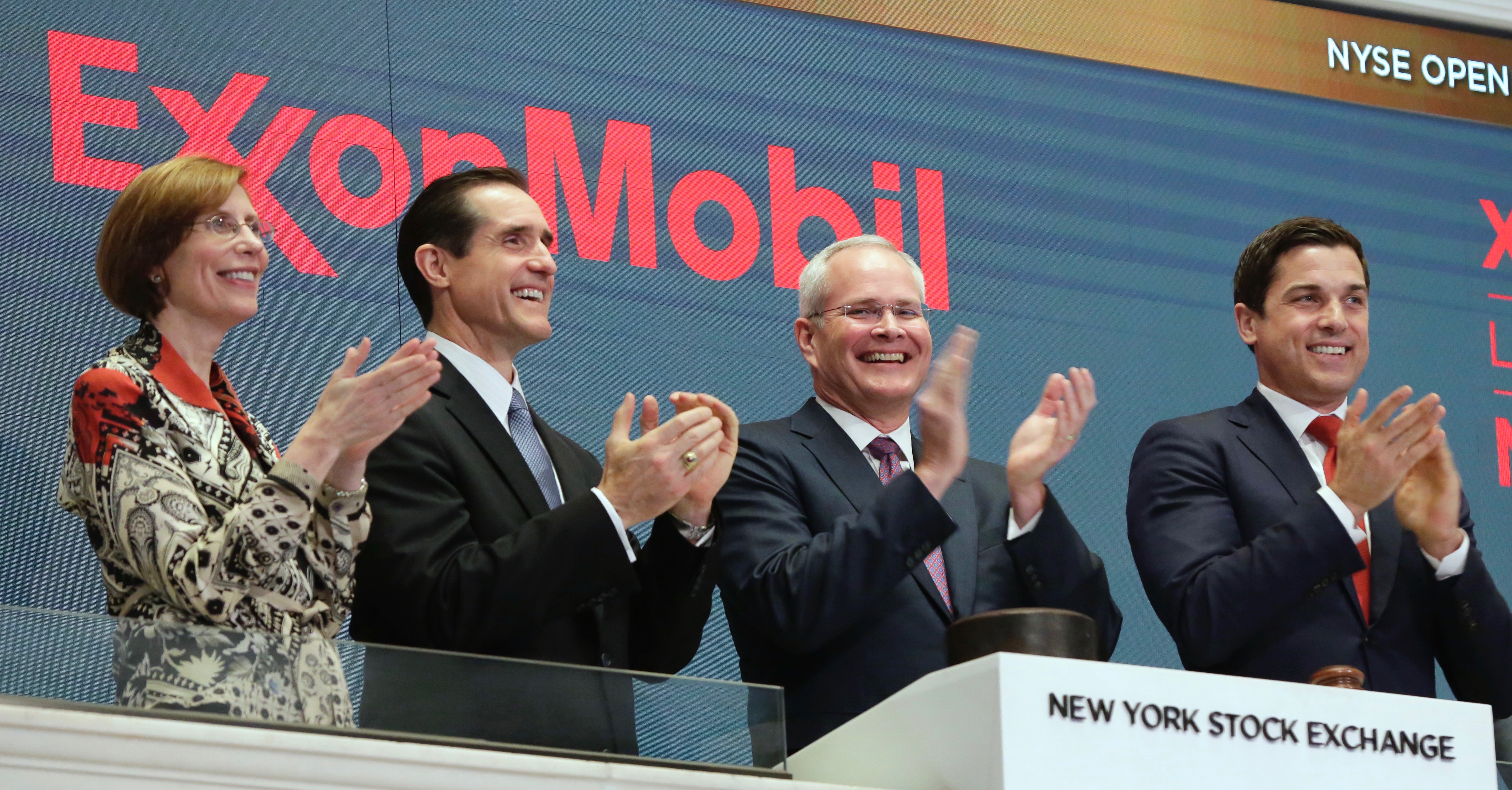