Texans in the U.S. House of Representatives are making waves on Capitol Hill this week.

On Monday, Rep. Sheila Jackson Lee (TX-D) knelt in solidarity with NFL players who are protesting against President Trump’s call for the punishment of players who kneel during the national anthem in exercise of their right to free speech.

One day after Jackson Lee made her statement, fellow Texan Rep. Al Green inserted himself into the conversation taking to the House floor Tuesday to announce he is working to force a vote next week on the impeachment of the President.

While Green began his fight for impeachment in July, his latest push comes as President Trump spoke out against displays of free speech among NFL players during games:

“Wouldn’t you love to see one of these NFL owners, when somebody disrespects our flag, to say, ‘Get that son of a bitch off the field right now. He is fired,’ ” Trump said in a rally endorsing an Alabama Republican as President.

In his call for impeachment, Green described Trump’s statements as “a level of indecency that is unbecoming the presidency.”

“I rise to say to the world that this is not what America is all about,” Green said in an address.

Rep. Al Green: Next week "I will call for the impeachment of the President of the United States." (via CSPAN) pic.twitter.com/EZZup7RARg

Green will bring his measure to the floor under a House rule, which allows any representative to bring a “privileged” resolution if they wish to argue something goes against the dignity and integrity of the House.

While Republicans will likely reject the resolution, Green is optimistic he will still be able to force a vote.

Both Green and Jackson Lee represent parts of Houston. 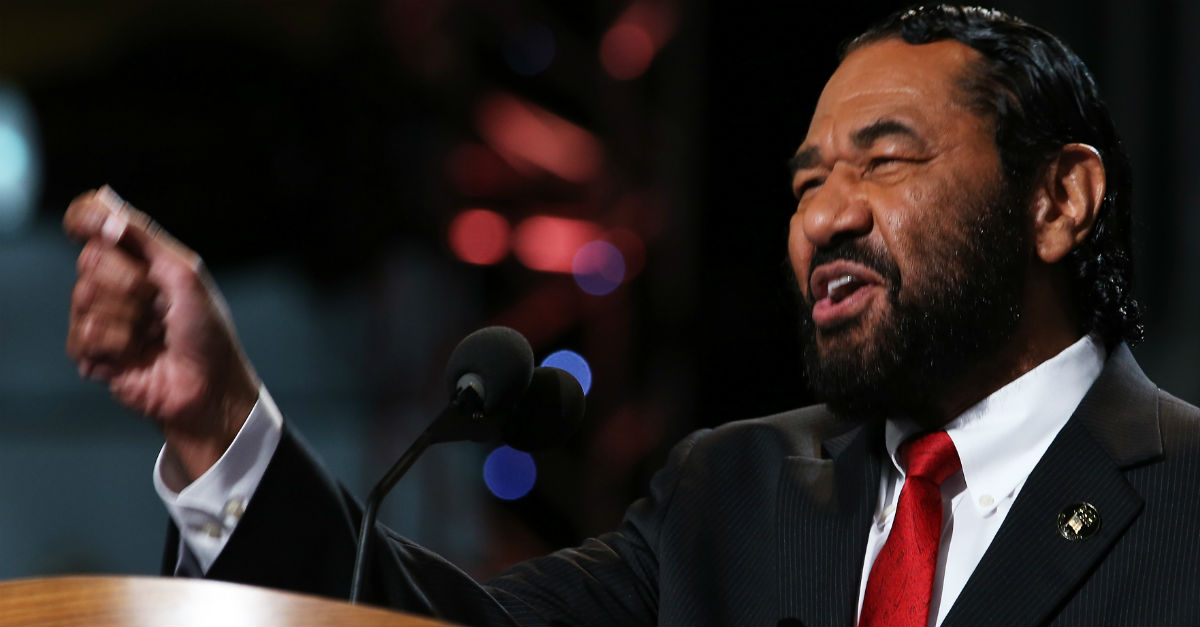