Houston public transportation officials say are increasing their efforts to stop light collisions on the city’s light rail system after seeing its second-worst month for such accidents in over a year during 2017.

METRO CEO Tom Lambert noted many of the accidents involved vehicles, rather than pedestrians or bicyclists, as well as how a large number of those are due to drivers ignoring warning signs and traffic laws:

“Sixty percent of our accidents are illegal left turns along the rail corridor,” Lambert said in a statement before METRO board members during a December meeting.

METRO board members said much of the blame for the vehicle-train accidents should be placed on the drivers, and train operators are often powerless to prevent such collisions.

“I think a lot of our biggest problems are not rail issues,” board member Christof Spieler said further during the meeting. “They are where rail, pedestrians and cars interact.”

“I bet if we really pressed that (issue), we would find out they (drivers) were texting or talking on the cellphone,”

Board members say they are considering implementing a studied series of new safety measures, from additional signs to safety fencing, to automated gates.

The board will reportedly discuss a schedule for installing additional measures at its January meeting.

RELATED: Man Recovering After Being Struck by MetroRail Train in Downtown

While some drivers questioned the safety of a street-level train system, others continue to point out how an elevated or underground system would be cost-prohibitive:

Out of the 23 miles of Houston’s light rail system, only about 1- percent shares its track space with passenger vehicles, with most of those in the busy downtown business district and the Texas Medical Center areas.

Out for a run yesterday, I passed the @METROHouston light rail. I’m pretty sure I heard it having a conversation with the crosswalk’s “audible pedestrian signal”. Folks, be nice to the machines!! pic.twitter.com/izRj23zOYJ

Stay safe out there, Houston. 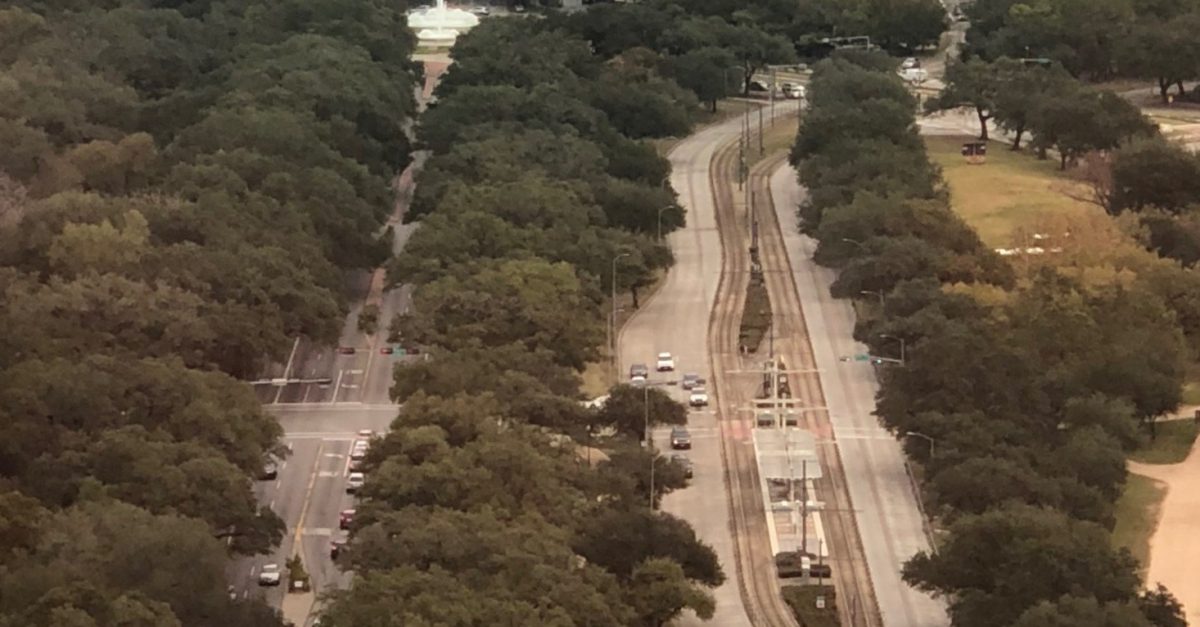