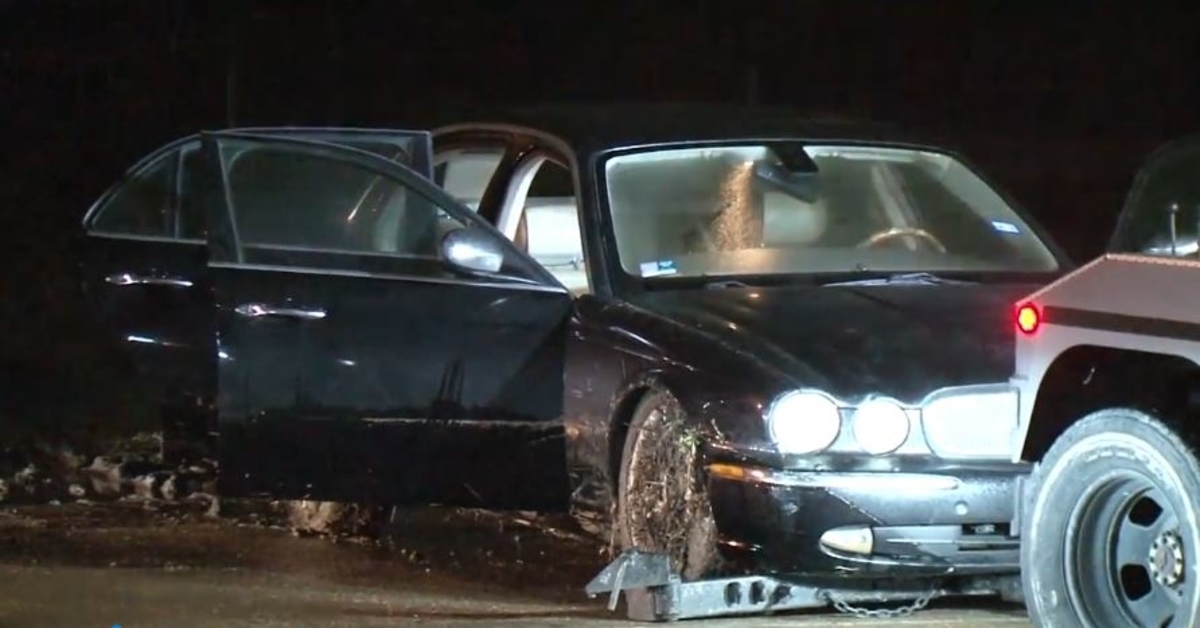 Authorities arrested two teens after a car chase overnight Thursday involving a Jaguar stolen during a carjacking, but two other suspects remain at large.

Houston Police are searching for a 13-year-old and 16-year-old who were also in the car. They are described as weighing between 100 and 130 pounds and wearing jeans. One wore a dark hoodie while the other wore a white long-sleeved tee.

The chase began at about 12:30 a.m. when an officer saw the Jaguar run a red light at the intersection of Aldine Bender Road and Imperial Valley Drive.

When the officer tried to stop the vehicle, it fled the scene. The officer pursued the Jaguar for about 2.5 miles, at which point the driver reached a dead end on the 1100 block of Goodnight Trail.

According to the Houston Police Department, the Jaguar crashed into a drainage ditch, and four suspects exited the vehicle and ran.

HPD’s Lt. Larry Crowson confirmed police arrested two of the suspects, but the other two got away.

Both teens refused to provide their identities, but authorities were able to match their fingerprints to previous arrest records.

The 14-year-old driver is currently on parole from a juvenile detention center, while the 16-year-old passenger is on probation. One of the teens was even wearing an ankle monitor.

Authorities matched the car’s license plate to a vehicle stolen at gunpoint Tuesday evening at around 7:30 p.m. in Humble. The victim told constables seven young men robbed her and took her vehicle.

RELATED: Authorities search for suspect in most recent carjacking

You can report any information related to this crime by calling Houston police at 713-884-3131,

The incident is part of an ongoing string of carjackings around the Houston area.