Menu
Follow us
Search
Menu
Search
Downtown Houston is covered in a shroud of haze in the afternoon, as seen from the north Friday, Aug. 4, 1995. Mayor Bob Lanier has approved the city's participation in a program to issue ozone smog alerts when air pollution reaches unhealthy levels. (AP Photo/Elaine Thompson)

The usually hazy skies and vibrant sunrises seen throughout Houston this week will not be the result of the ever-present humidity.

RELATED: You’ve got to see this 9-hour time lapse of yesterday’s crazy storm

Instead, these weather events owe their existence to one of the driest places on the planet:

A dust cloud from the Sahara Desert has made its way across the ocean to the Texas Gulf Coast, affecting weather patterns throughout the region, experts say.

These massive dust plumes often cross more than 5,000 miles of land and ocean to hover over the skies of North and Central America.

The Saharan Air Layer (SAL) moves from North Africa to North America during the summer months, sometimes as often as twice a week.

One of these plumes was sighted over Mexico’s Yucatan Peninsula, and is expected to move over Houston later this week.

According to a scientist with the National Oceanic and Atmospheric Administration’s Hurricane Research Division, the SAL has about half the moisture of the air typically found in the Gulf. The dry cloud saps moisture from the air, which inhibits the growth of systems that could develop into tropical storms or hurricanes.

The dust also contributes to more vibrant and colorful sunrises and sunsets.

When light reflects from the dust particles, the reflection and diffraction of the light creates a startling visual effect. The dust particles can also give the daytime sky a hazy look.

However, people who are sensitive to dust or have other allergies are advised to avoid staying outdoors for long periods until the cloud clears later this week.

RELATED: Tropical Storm Cindy is poised to strike the Texas-Louisiana border, but Harris County may not be in the clear just yet

A weather satellite was launched last fall that will help forecasters track the SAL and measure its effects more precisely.

The data from the satellite may help prove a theory that the SAL is one of the main causes of why the Atlantic basin has fewer tropical storms than the Pacific Ocean. 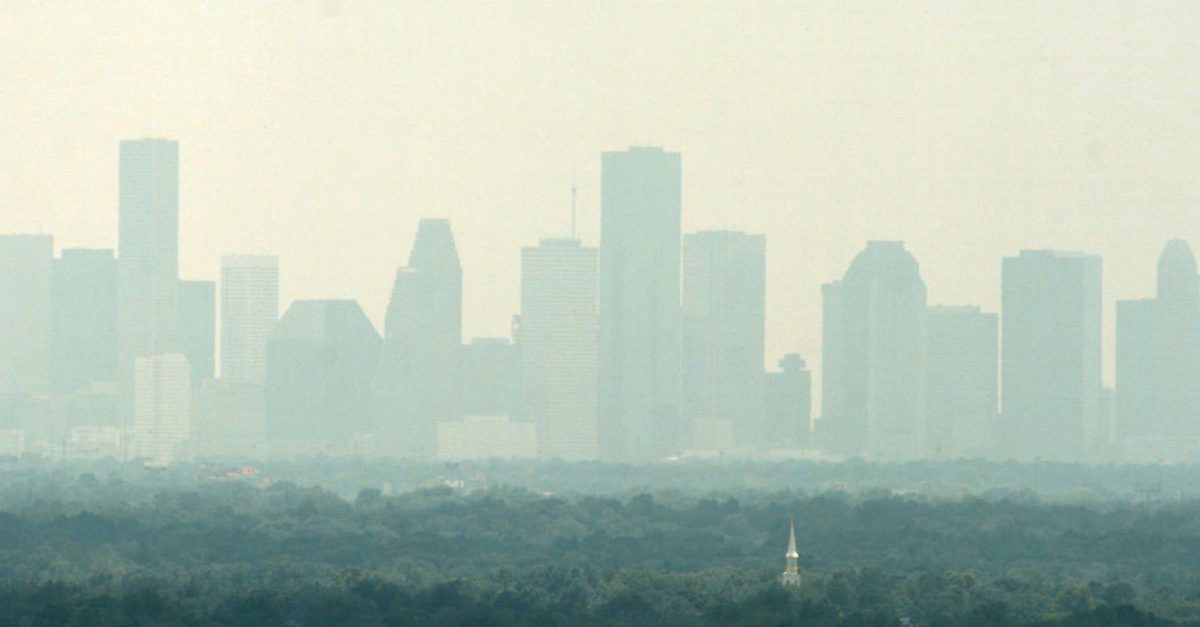