Lines of Light: The Images of Shanley Ramdeen 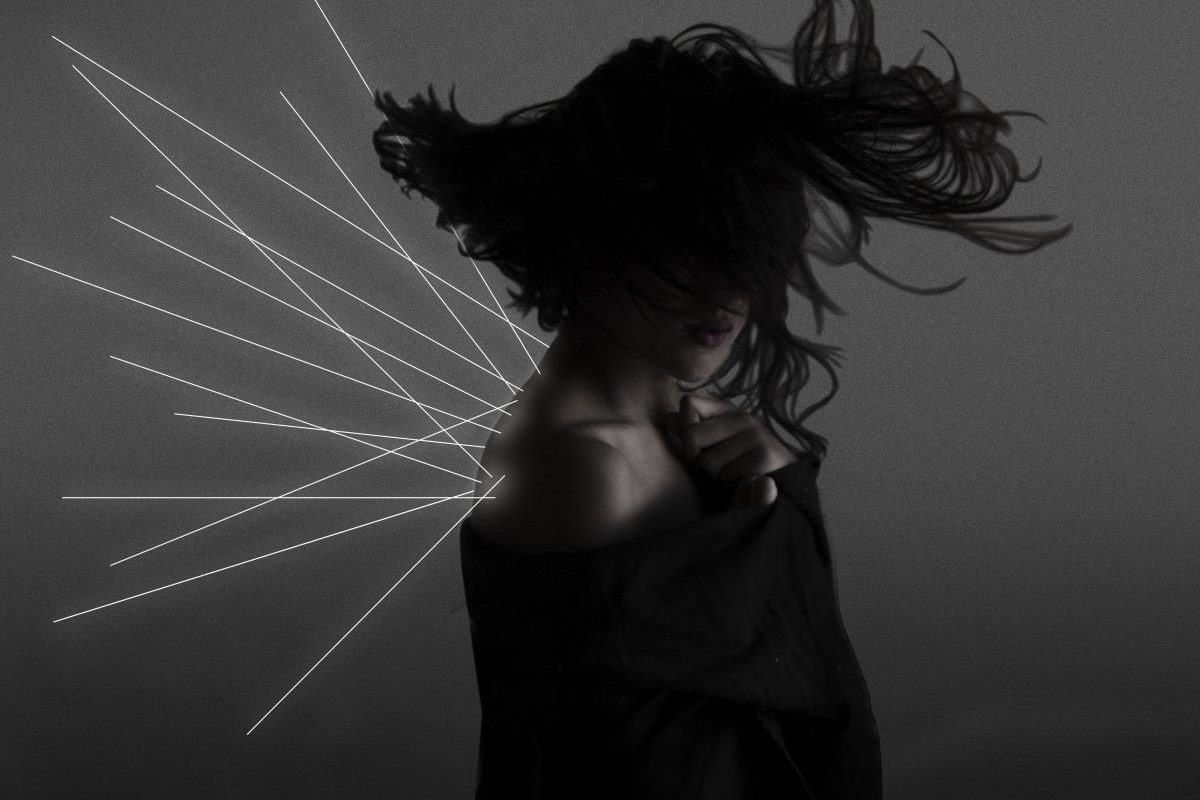 Editor’s Note: John Bogna spent some time with Ramdeen to write this piece from a firsthand perspective.  He, too, is known for his photography across Houston.

But none of them look quite like local photographer Shanley Ramdeen?s work.

Through her lens, Houston becomes a moody, mist-ridden place, adorned with glowing lines and geometric shapes hovering about the heads of its citizens, looping around the edges of stairways and descending from the sky, like laser rain.

Her black and white images of Houston?s people and architecture earned her over 8,000 followers and draw attention from well-known accounts that feature photographer’s work, including Art of Visuals and Sombre Beings.

Ramdeen first picked up a camera in high school for an elective photography course, but she developed much of her current style while pursuing her bachelor?s degree in architecture at the University of Houston, which she earned last year.

Part of her coursework involved drawing designs or additions to structures; instead of sketching everything by hand, she would take photos of the environment and draw on top of them.

?It was just way easier than sketching everything by hand,? she said. ?It took forever, and, this way, I could just have the image and draw over it.?

Her geometric patterns are added using 3D modeling software used in architectural design. Given the natural emphasis on symmetry and linear design, perhaps it’s no surprise Ramdeen studied the subject.

She describes photography as an outlet for the creative energy, which began during college:

?When you?re in school, you can do whatever you want. You can build a building that doesn?t make any sense as long as it works, but in the [professional] architecture world, they want you to add things, like parking lots, and you?re like wait, what the hell??

She boasts an innate eye for line, something central to her work.

The angles of a building, the direction a person?s limbs or body take and how a subject is placed in relation to their environment are all considerations for one of her pieces – and not just for the initial photo.

What Ramdeen adds to an image complements the subject, whether by accentuating its geometry or working against its presence. A bright line might skewer a person?s body at the opposite angle from the direction they?re leaning in the photo, or trace the aggressive edge of a skyscraper.

As she put it, ?[The lines] can dance together or they can dance separately,? adding she doesn?t like to photograph people as much because the folds of clothing throw her off. So can faces.

Most of the people in her images end up with their faces obscured by shadows, their hair or just by turning away from the camera, including her self-portraits.

In fact, sometimes her followers don?t realize Ramdeen is a woman, something she says doesn?t bother her.

Her work, she thinks, should speak for itself.

She admits photography in general is a male-dominated field, but maintains gender doesn’t matter as much as your level of skill in her world of street photography. According to her mantra, if your work is good, respect is earned regardless.

RELATED: Local Artist John Palmer Gets Into the Bush’s to Help Houston Heal

Observers will notice two things about Ramdeen?s photography apart from its distinct look:

First, her photos are organized into sequences, denoted ?SEQ? in the caption. Pieces marked ‘SEQ: A’ are, for example, analyses of environments.

?[It’s an] allusion to hierarchy and change, where a being in an environment is both preying on those below, while also being preyed on by those above it, and the best way to survive is to adapt and evolve upward in the hierarchy. It relates to photography on a lame, personal level where I feel the need to continue growing, changing and evolving upward from my past work.?

Growth through change seems to be a consistent theme in both her work and life, as Ramdeen is a person who despises dead ends.

Between her shoulders sits an inverted triangle tattoo representing Kali, Hindu goddess of destruction and rebirth.

She?ll soon be moving from architecture to law and recently took the LSAT for the second time – not because she got an abysmal score, but because she thought it wasn?t high enough. She may take it a third.

When, amid discussions of the supernatural, horror movies, photography equipment and cyberstalkers, she was asked whether she would continue photography throughout her life, the answer was a definite yes.

?Marriage and kids might get in the way, but yeah,? she said, ?I definitely plan to continue.?

RELATED: All the World’s a Canvas for Houston Artist Sylvia Blanco

You can find Shanley Ramdeen?s work on Instagram here.