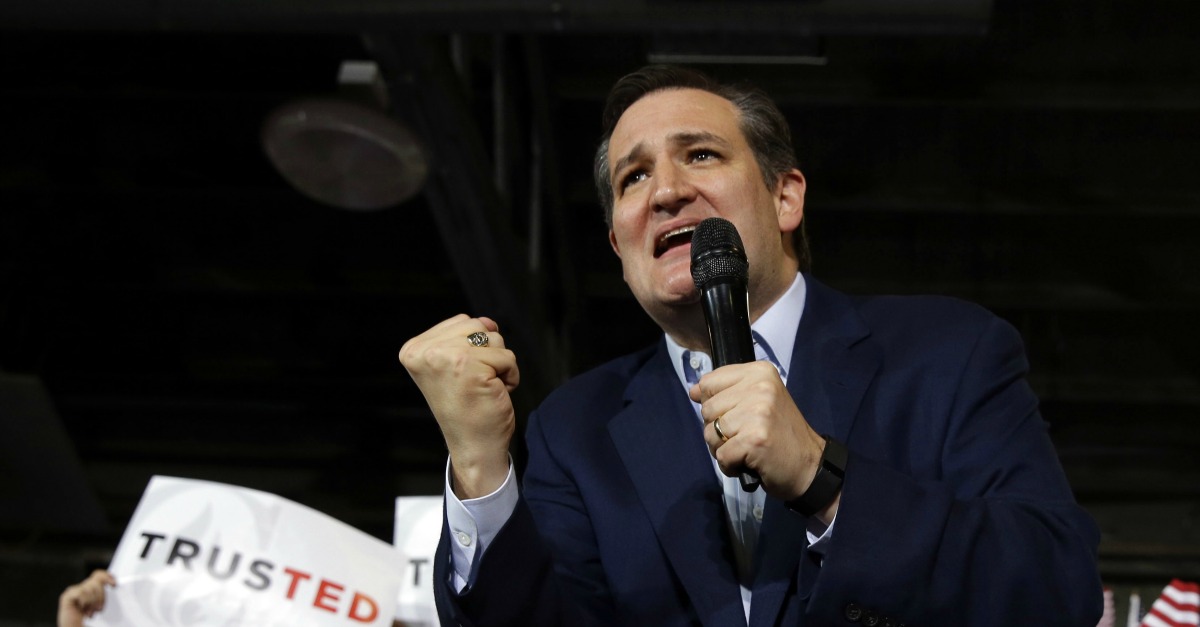 U.S. Sen. Ted Cruz is reportedly warning those on his reelection campaign that the 2018 elections will be a hard fought battle.

A recent poll paid for by Democratic Political Action Committee End Citizens United showed Democratic challenger Beto O’Rourke gaining on the Republican incumbent, with Cruz ahead by only eight points.

At the GOP’s Lincoln Reagan Dinner Friday night, Cruz reiterated his party might be in trouble if they don’t act to counter the rising activity on the Democratic political front.

“Let me tell you right now: The left is going to show up,” he said, adding, “They will crawl over broken glass in November to vote.”

.@TedCruz warns Fort Bend County GOP: "The left is going to show up" in November. "They will crawl over broken glass."

O’Rourke has managed to raise more money than Cruz in this year’s election cycle despite the swearing-off of money from PACs. According to the Texas Tribune, O’Rourke pulled in $2.4 million in donations to Cruz’s $1.9 million at the end of 2017.

This hasn’t deterred the reigning senator, who said his opponent’s fundraising capabilities are “a manifestation of the energy on the extreme left.”

RELATED: It’s officially on between Ted Cruz and a Star Wars actor after brutal tweet

Cruz’s former Chief of Staff Chip Roy echoed the sentiment that the left was not to be taken lightly in the upcoming midterm elections. Roy is running to replace a retiring Republican senator in San Antonio, and said at a recent election rally that the drive to flip GOP seats to Democratic ones is “real — it’s a real effort.”

Therefore, O’Rourke’s message may be resonating.

Conversely, in the International Business Times report, when respondents were told Cruz has taken over $1 million in donations from PACs, O’Rourke actually pulled ahead of Cruz in that same poll by a couple of points: 43 to 41 percent.

Accounting for the poll’s margin of error, that isn’t saying much at this point, but Cruz and other Republican incumbents will unquestionably have a more energized Democratic base to deal with in the midterms.

RELATED: Things are heating up for Ted Cruz’s primary, but he may have a unique advantage