When Gov. Greg Abbott announced his candidacy for re-election last Friday in San Antonio, one “supporter” waited through his speech for the most brilliant gotcha moment in recent Texas politics.

Afterwards, Ashley Smith, a transgender woman and LGBTQ activist, took a seemingly friendly picture with the governor during a meet-and-greet.

Later, she posted the shot with the words #BATHROOMBUDDY on her social media pages, pointing out the obvious: Thanks to the politician’s backing of the controversial “Bathroom Bill,” she and Abbott have to use the same restroom.

Smith’s derring-do went viral, she received tons of friend requests, but that wasn’t her goal.

“I did not think it [shouting] would work, or that I would be heard and was more interested in the getting the photograph and not getting thrown out,” Smith said.

“We’re about 1-in-300 people, we’re all over the place, we’re your friends and your neighbors. Some of us are not immediately obvious as trans. And the idea that you are going to be able to enforce a bathroom bill, I mean the enforceability is just not there.” 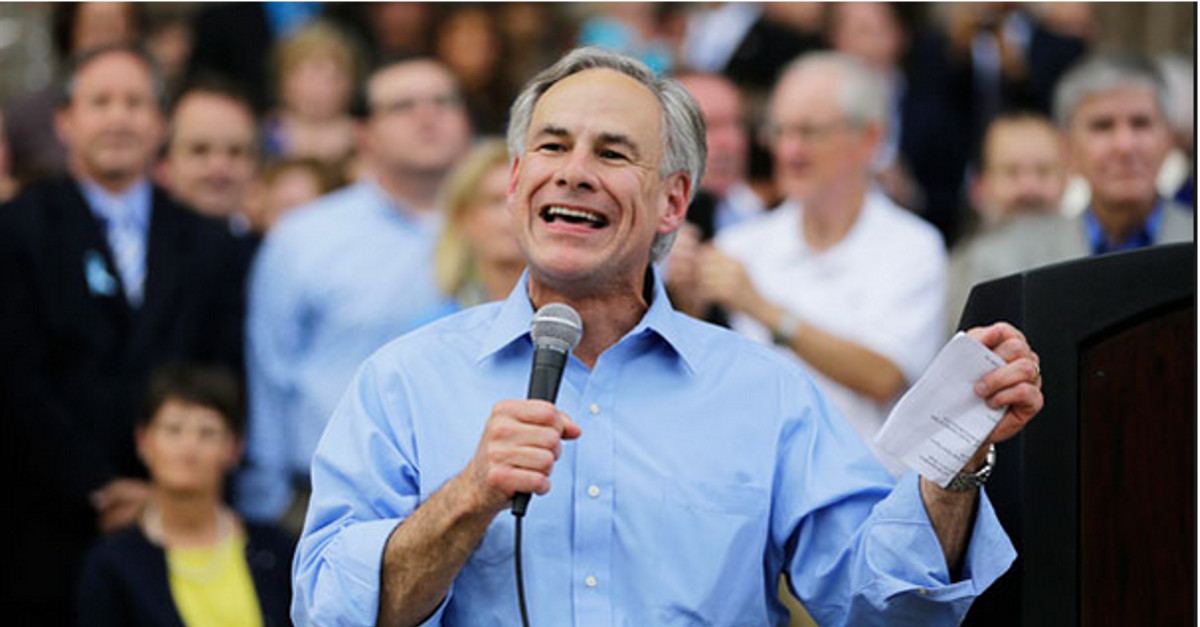