Traffic around town could somehow be getting worse, and it’s because of an award many Houstonians could do without 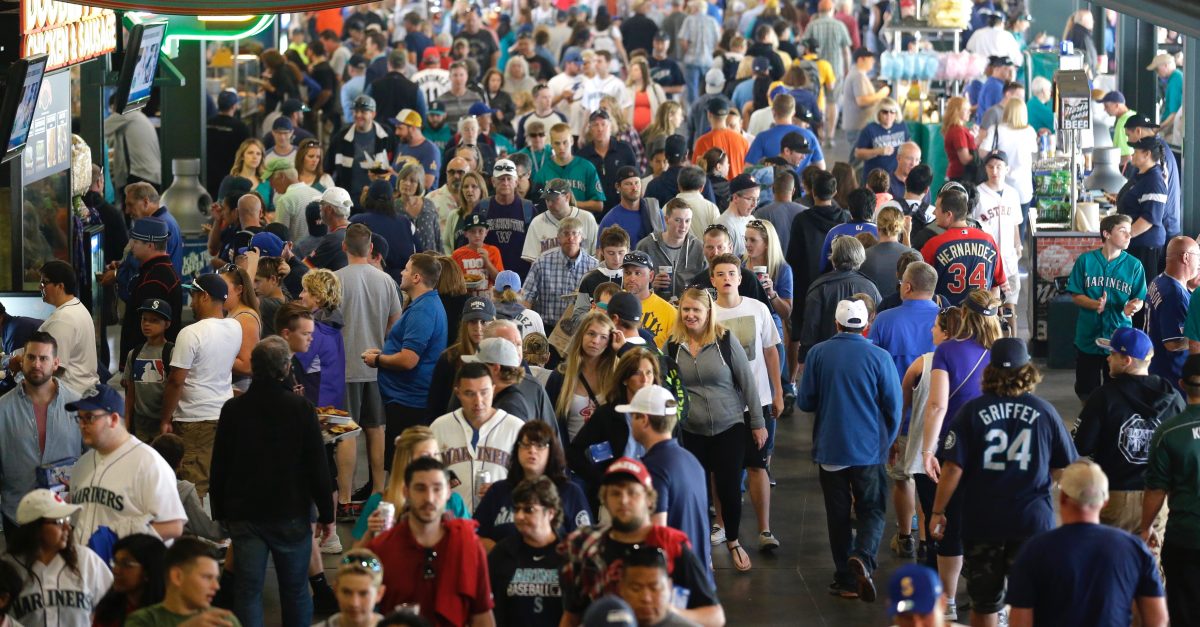 AP Photo/Ted S. Warren
In a Saturday, July 16, 2016 photo, fans enter Safeco Field before a baseball game between the Seattle Mariners and the Houston Astros, in Seattle. The deliberate targeting of pedestrians along a promenade in France by a French-Tunisian national has drawn renewed attention to the dangers of gathering in crowds in an age of terrorism and mass shootings. (AP Photo/Ted S. Warren)

Last year, almost 20,000 people left Chicago, and it looks like they all came to Houston.

RELATED: Texas is a state of mind ? for some more than others

A new study shows that Houston was the city with the most population growth last year, with a rate of nearly 2,600 new people a week during 2016.  Dallas continued its streak of being second best in everything with almost 2,500 new people weekly.

The roughly 12 percent increase boosted Harris County?s population to well over 4.5 million, which is approximately 500,000 more people from 2010 when the last Census was conducted.

More people usually means a demand for more things, and spikes in housing costs are often the first to increase as part of the effects of a population boom.

However, one report shows that Houston is handling the downside of populous progress, including keeping housing and rent costs affordable, for several huge reasons.

The biggest and most obvious reason is Houston?s size; geographically alone, there is enough room for everyone, everyone drives, so there?s no need for a New York-style solution of quite literally building up the city?s real estate.

Texans prefer and were brought up on wide open spaces, even in metropolises, and it?s looking like they similarly thrive on low taxes: a favorable business climate is thought to be what attracted 219 businesses to Texas in the last six years, and a high concentration of professionals, like engineers, is turning Houston into one of the country?s leading manufacturing hubs.

Researchers at Rice University?s Kinder Institute for Urban Research think they know the reason for the budding attraction to Houston, and they?ve memorably coined a term for the phenomenon as ?tolerant traditionalism: an attractive mix of conservative personal values and toleration on social issues?has attracted hundreds of thousands of new residents over the past two decades.?

Read the entire fascinating report on the positives of population here, and let?s keep Houston great again for the next 10 years by remembering what it is that got us to this sweet spot in the first place: lax zoning, diversity in population growth, and a ?lack of top-down plans? for city planning.

That, and a near rejection of public transit in favor of cushy sedans and SUVs, but that?s a whole separate story we?ll deal with when (if) it comes.