Celebrity Deaths in 2018: Looking Back at the Legends We Lost 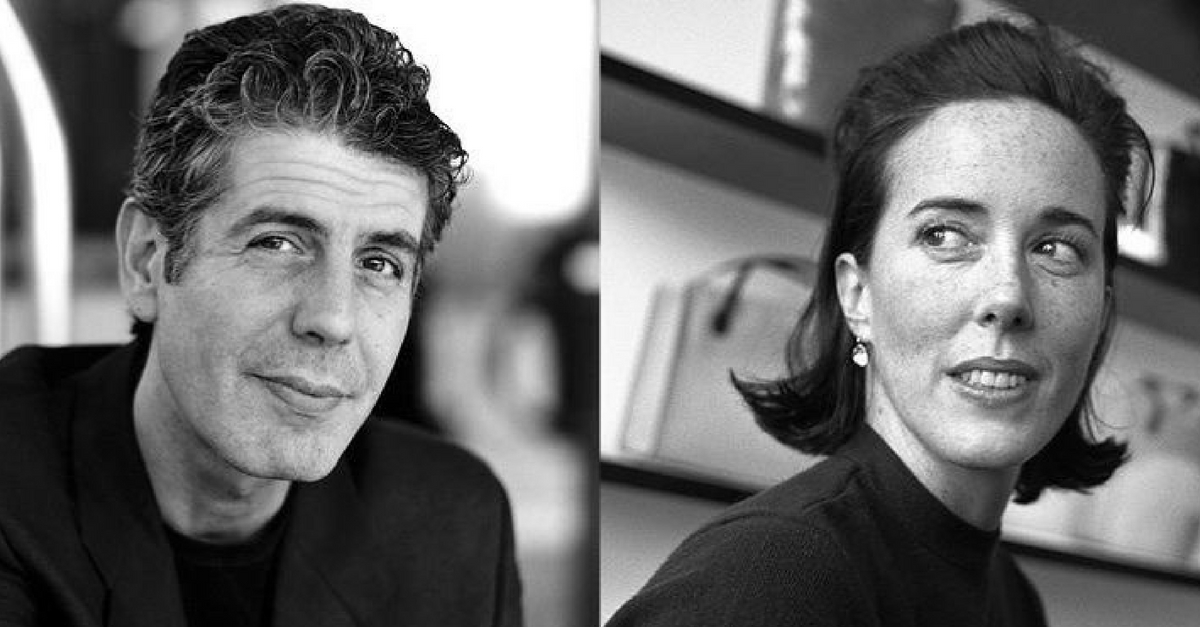 Halfway through 2018, it’s important to remember some of the greatest legends who have unfortunately, passed away this year, leaving behind their legacy. Although they are gone, all these stars have managed to make an impact in the world today, which is why we thought it was important to give you a brief recap.

Here are some celebrities we tragically lost this year, but will remember forever.

At the age of 39, Former UCLA Basketball player Bily Knight was found on a roadway in Phoenix after posting a Youtuvie video. Authories stated in the video, Knight spoke about how he felt lost in life, and there was no hope. Knight had been arrested a month before his death, charged with six felonies.

Tab Hunter, was a 1950’s actor who died on July 8th, due to a heart attack cause by a blood clot. He is best known for his roles in The Pleasure of His Company and Damn Yankees!. The actor was 86. The actor was in more than than 40 movies before his death, and one known as a Hollywood heartthrob through his career. TCM is said to honor the late actor with a marathon this month, showing his most popular works.

The 27-year-old former NBA Player died of an apparent suicide, following standoff police on July 6th. Honeycutt’s mother reportedly alerted authorities of her son’s action, statin he was acting erratically, barricading himself in his Sherman Oaks home. He then began to exchange gunfire with officers. Hours later, SWAT officers entered the home, finding the former UCLA player dead at the scene, of what appeared to be a self-inflicted gunshot wound.

Richard Swift, was a singer-songwriter, producer, and multi-instrumentalist who worked with the Shins, and most recently, The Black Keys.  At the age of 41, on July 3, Swift was hospitalized due to a life-threatening condition. Through a Facebook post, his management and family stated Swift suffered from alcohol addition, which is what ultimately caused his death.

Two days after the anniversary of Michael’ Jackson death, representatives announced Joe Jackson had died on June 27. The father of Janet Jackson, had been hospitalized in the final stages of terminal cancer. Jackson was known for his contribution to the Jackson family, serving as the manager for The Jackson Brothers, later becoming The Jackson 5. The group immediately found success, landing four singles on the top spot on the Billboard Hot 100 chart.

Pawn Stars reality TV star, Richard Harrison, passed away Monday June 25, at the age of 77. His son, Rick Harrison, released statement through Instagram, thanking the fans for the love they gave to his father. The father son duo opened the pawn shop, located in Las Vegas, Nevada, in 1989 and made its way home to the History Channel in 2009.

Read More: The oldest working actress, a Hollywood icon, has died at 105

I just woke up in Belgium to the news that my friend Vinnie Paul has passed away. Another metal hero taken too soon. Say hello to Daryl for me. Rest In Peace, my dear friend. @Pantera @hellyeahband #vinniepaul

Vinne Paul, founding member and drummer of the metal band Pantera, died at the age of 54. Paul formed Pantera in 1980 with his brother, Darell Abbott. The duo, along with the band, were nominated for Grammys in 1995 and 2001. Paul was also member of Hellyeah, as well as collaborated with his brothers band Damageplan.

Charles Krauthammer was a well-known longtime Fox News contributor and Pulitzer Prize winner. The best-selling author, known as the “dean of conservative commentator” died at he age of 68 on June 21, due to cancer. Krauthammer was best known for his highly appearance as a panelist on Fox News ?Special Report with Bret Baier? and as a commentary on Various Fox new shows.

Most commonly known for his artist name XXXTentacion, was an American rapper, singer and songwriter. Onfroy released his first album in 2017, his second album was released this year March 16. Onfroy was shot and killed in a robbery after leaving a motorcycle dealership in Florida, on June 18.

Former teen actor and songwriter, best known for his guest roles in iCarly, The Goldbers, and Modern Family, Jackson Odell, passed away on June 8. At the age of 21, Odell  was found unresponsive at a sober living house in California. Investigators at the corridors office stated Odell had a history of drug addiction.

Bourdain’s death came unexpected to most, making headlines around the world. Know for his TV shows, and books, the celebrity chef died of an apparent suicide in France, at the age of 61. The chef was said to not have any narcotics in his system when he died. At the time of his death, Bourdain was filming an upcoming episode of his show Parts Unknown in France.

Alan O’Neill, who played Hugh on Sons of Anarchy, was discovered by his girlfriend in their Los Angeles home on June 7. At the age of 47, the Irish-born actor reportedly had history of chronic heart problems, and was a heavy smoker, while struggling with drinking problems.

The 55-year-old famous designer, Kate Spade, was found dead of an apparent since in her New York apartment on June 5. The designer was said to be struggling with depression, after her recent divorce. Spade was known for her several designs including bags, clothes, and accessories, making her one of the most well known designers the industry around the world.

Margot Kidder, best known for portraying Lois Lain in 1978’s Superman, died May 12th. Her cause of death is still unknown, but the 69 car old left several fans heartbroken. Kidder starred opposite Christopher Reeve’s Clark Kent and his alter ego Superman in the original film, following the three sequels.

The Frightened Rabbit lead singer was found dead by authorities at the age of 36, near South Queenferry, Scotland, on May 10. The actor has been reported missing by his band members, one day before, asking the fans for help. The singer had suffered from depression, according to his band, which could be a motive in his death.

My co-star in “Thrashin” and my girlfriend twice in a lifetime. Amazing and innocent memories of her: a spitfire, and a truly funny person she was. I remember is being in bed (I was 17) and hearing the radio come on saying that the Challenger had just exploded. These milestones in your life: amazing people to grace us with their spirit, their presence. She will have forever affected mine. Thank you for the gift of you, Pam. Rest In Peace beautiful girl. ❤️🙏 #thrashin #dogtownbeginnings #godschildren @robertrusler #pamgidley

Gidley was best known for her role as Teresa Banks in the 1992 Twin Peaks prequel, Fire Walk with Me. Gidley died on April 16, in her home in Seabrook, New Hampshire, at the age of 52.

Swedish DJ and producer, Tim Berling, also known as Aviccii, did on April 20 at the age of 28. The Grammy-nominated artist was found in Muscat, Oman dead by cause of suicide. The actor retired in 2016 due to heath issues, including acute pancreatitis.

The Chicago Fire actress died on March 23, at the age of 49. Brown played Connie in the NBC series, and had checked herself into a hospital earlier that week after experienced chest pains. The actress died from sepsis of unknown etiology, an infection of the blood of unknown origin.

Have fun out there among the stars. pic.twitter.com/S285MTwGtp

The world-famous theoretical physicist, Stephen Hawking, died on March 14, at the age of 76. Hawkings, whose legacy will live on for years, suffered from ALS, a neurodegenerative disease known as Lou Gehrig’s disease, usually fatal within a few years.

I am very sad to report that David died this morning March 3, 2018 peacefully at his home in Newport, Oregon after a courageous battle with bladder cancer.

His talent was only surpassed by his heart. pic.twitter.com/fjuGmbVYgd

At the age of 75, David Ogden Stiers, passed away on March 3, after battling bladder cancer. Stiers had two Emmy nomination for his role in the Korean War series M*A*S*H. Stiers also stared in The Mary Tyler Moor Show, Charlies’ Angels, Star Trek: The New Generation and Frasier. He also voiced characters in Pocahontas, Disney’s Beauty and the Best, Pocahontas, Lilo & Stich, and The Hunchback of Norte Dame.

I know it’s not about Bowie. But, I just found out the actress Emma Chambers has passed away at the age of 53. I loved her so much in the Vicar of Dibley. She had me in fits of laughter. R.I.P. #emmachambers #ripemmachambers #vicarofdibley

The Notting Hill and Vicar of Dibley star, died on February 21 at the age of 53. Throughout the years, Chambers portrayed several characters that brought laugher and joy to viewers around the world. One of her most famous roles included Honey in Notting Hill, portraying Hugh Grant’s sister.

Battling lung cancer, Reg E. Cathey, died on February 9 at the age of 59. According to his family, the actor died in his home in New York, surrounded by his loved ones. The Emmy winner was also known for his roles in The Mask, S.W.A.T, The Wire, and Fantastic Four.

RIP #Frasier star #JohnMahoney – thanks for all the laughs.

John Mahoney died while in hospice care in Chicago at the age of 77, on February 4. The Frasier Star was best known for his role as Kelsey Grammer’s father, Martin Crane, on the NBC sitcom. The actor was part of the show for 11 seasons, from 1993 to 2004 where was nominated for two Golden Globes and Two Emmy Awards.

The Glee Actor was found dead by apparent suicide on January 20, at the age of 35. The actor had several encounters with authorities, after he was arrested in 2015, after federal investigators found more than 25,000 images and 600 videos depicting child pornography. Salling plead guilty to possession fo child pornography, due to be sentenced and serve four to seven years prison.

Dolores O’Riordan passed away on January 15, at the age of 46. O’Riordan was known around the world for her successful band, “The Cranberries,” rising to fame in the 90’s. Some of her most famous records include “Zombie” and “Linger.”

The comedian and Emmy-winning actor died at his Arkansas ranch on January 5. At the age of 86, he was the younger brother of actor Dick Van Dyke. Van Dyke passed away due to heart failure after never recovering from a car accident.