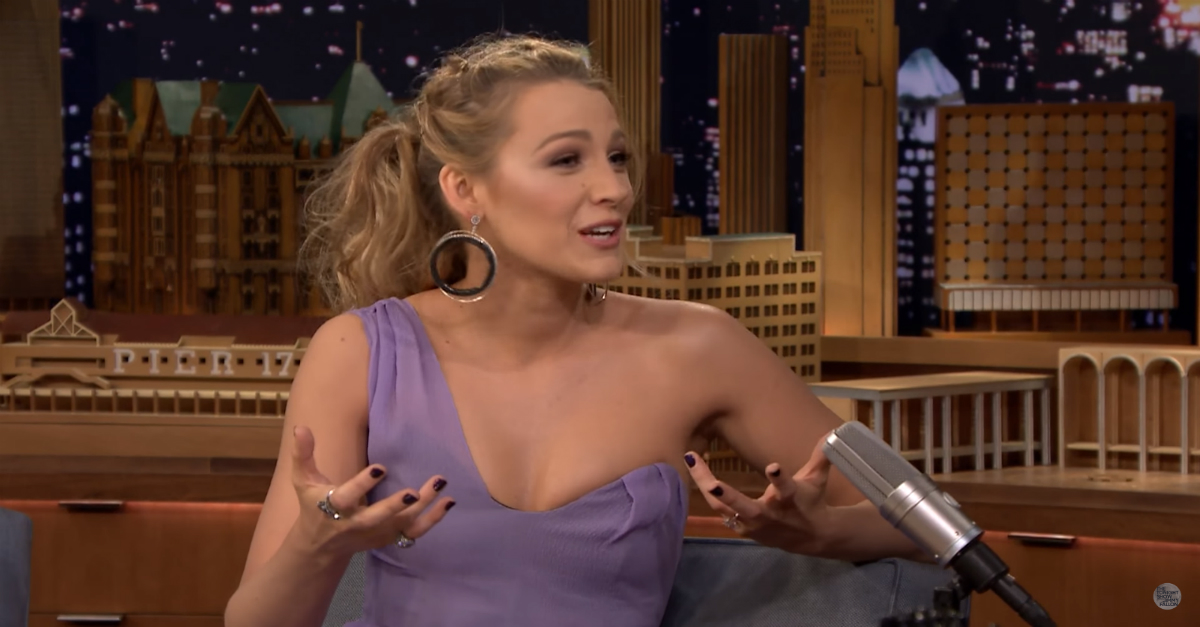 Actress Blake Lively updated the world on the well-being of her two daughters, James, 2½, and 12-month-old Inez, during a recent appearance on “The Tonight Show Starring Jimmy Fallon,” and hilariously informed viewers that her youngest child with husband Ryan Reynolds has an appetite for meat. Red meat.

Recently, Lively and Reynolds threw a party to celebrate Inez’s first birthday, during which the “little chunky one” decided she wanted to sink her baby teeth into something slightly heartier than baby food.

RELATED: David Letterman apparently once gave Conan O’Brien an actual horse as a thank you gift

“I made a Cookie Monster cake … and she just looked at it and reached for a steak,” Lively revealed to “Tonight Show” host Jimmy Fallon, adding that she had nicknamed her carnivorous toddler “baby Viking.”

“She was hand-fisting two steaks. Her sleeves were dripping in blood from steak,” the celeb mom said, before making a crowd-pleasing “Game of Thrones” reference: “It’s like she’s a White Walker.”

Lively also spoke to Fallon about temporarily suppressing her sight and learning what it’s like to be blind for her new film “All I See Is You” before treating viewers to a glimpse of the trailer.

RELATED: Jesse Williams’s new girlfriend shuts down rumors that she broke up his marriage