On Wednesday, the Trump administration rolled back protections for transgender students set forth by the Obama administration in former President Obama’s “dear colleagues” letter. On Thursday, well-known transgender woman and LGBTQ spokeswoman Caitlyn Jenner shared her response to the White House’s move.

“Well @realDonaldTrump, from one Republican to another, this is a disaster,” she tweeted along with a video further explaining her thoughts. “You made a promise to protect the LGBTQ community. Call me.”

In the video, Jenner addressed the decision and what it means for the future and offered her support for transgender people across the country.

“I have a message for the transgender kids of America. You’re winning. I know it doesn’t feel like it today or every day, but you’re winning,” she said. “Very soon, we will win full freedom nationwide, and it’s going to be with bipartisan support. You can help by checking out the National Center for Transgender Equality and letting Washington hear you loud and clear.”

“Now, I have a message for the bullies,” Jenner continued. “You’re sick, and because you’re weak, you pick on kids, you pick on women or anyone else you think is vulnerable. Apparently even becoming the attorney general isn’t enough to cure some people of their insecurities. As proof, the Supreme Court will soon hear a very important Title IX case thanks to the courage of a very brave young man, Gavin Grimm. Mr. President, we’ll see you in court.”

Lastly, she reiterated her message to the president himself.

“Finally, I have a message for President Trump,” she said. “From, well, one Republican to another, this is a disaster, and you can still fix it. You made a promise to protect the LGBTQ community. Call me.”

Well @realDonaldTrump, from one Republican to another, this is a disaster. You made a promise to protect the LGBTQ community. Call me. pic.twitter.com/XwYe0LNUOq

RELATED: LGBT groups should be upset over Trump’s letter, but the effect on transgender students shouldn’t be overstated 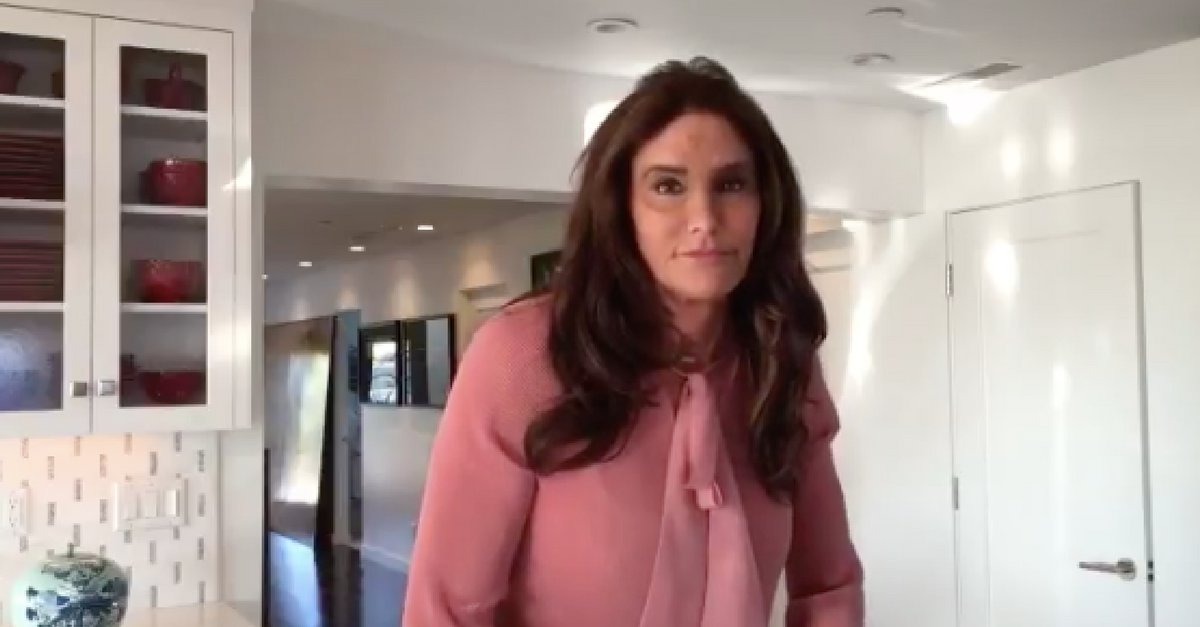