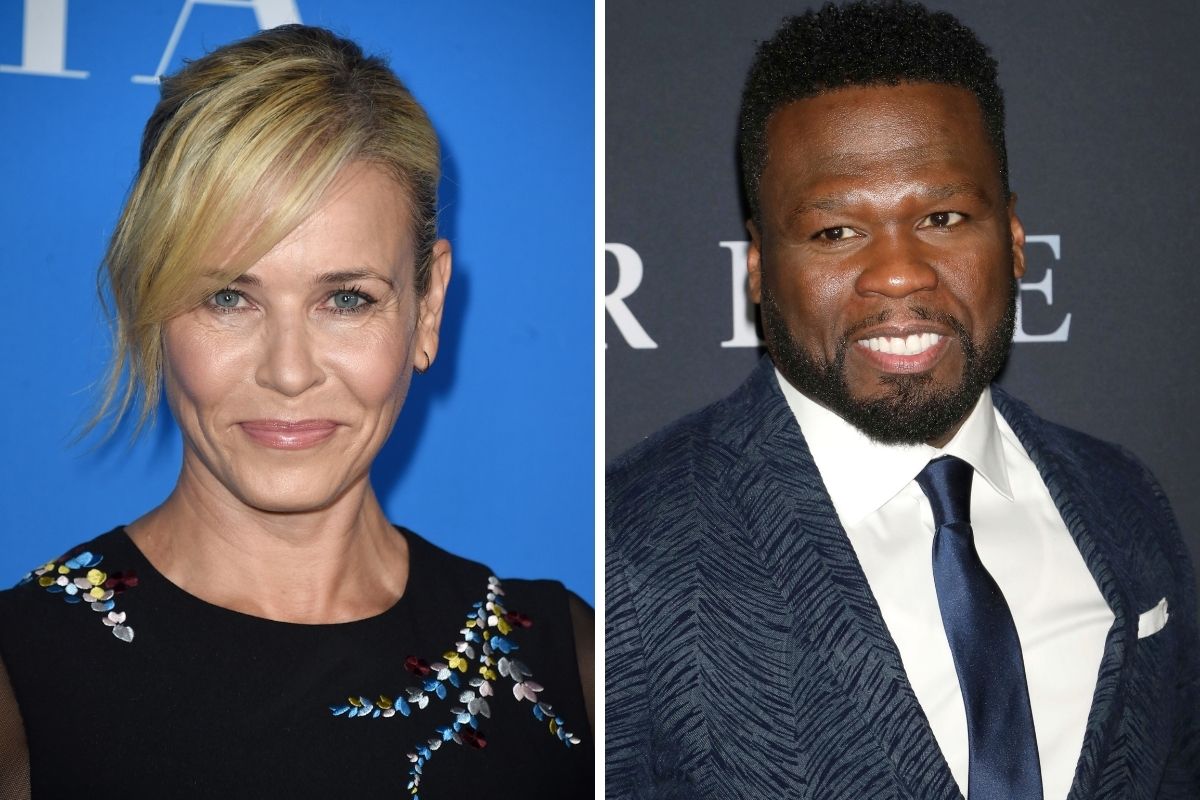 At this point, the 2010 pop culture landscape is extremely hazy at best. If we concentrate really hard, we can bring back memories like Lady Gaga’s meat dress, Taylor Swift’s first Grammy, and the era’s hot couples like Russell Brand and Katy Perry, newly engaged Prince William and Kate Middleton, and Chelsea Handler and 50 Cent.

Yes, they dated and yes, it got dramatic.

So how did the comedian and late-night talk show host of Chelsea Lately and the rapper (whose real name is Curtis Jackson) responsible for hits like “In Da Club,” “21 Questions” and “Candy Shop” get together in the first place? In a 2013 interview with Oprah Winfrey for the show Oprah’s Next Chapter, per Distractify, Handler said that sparks flew when 50 Cent was a guest on her talk show in 2009 and they started dating a year later when he flew to New Orleans to spend a weekend with her. They lasted for five months, and per Handler, “It was fun. It wasn’t the most serious relationship.”

The reason for their breakup was unknown until 2012 when Chelsea Handler did an interview with Juicy magazine, per TV One, and shared that 50 Cent’s ex, singer Ciara, was going to be a guest on her talk show. 50 Cent called Handler and told her that Ciara still loved him and was calling him all the time. Handler responded “Curtis, honestly, this is like eighth grade s**t.” Carrying on the junior high theme, 50 Cent reportedly attempted to put Handler on a three-way call with him and Ciara so she could listen in on their conversation.

Frustrated with his attempts to pit the two women against each other, Handler broke things off with 50 Cent. In a 2013 interview with Howard Stern, as reported by MTV, 50 Cent explained that he’d simply been trying to warn Handler of possible tension that might arise when Ciara appeared on Chelsea Lately, asking Stern “Wouldn’t you want to tell someone that? How do you treat that if you had something from your past…”

Another Spin For Chelsea and 50?

Despite the end of their romantic relationship, the two remain friends and caused a social media stir in 2020 when they took to Twitter to discuss politics. In the run-up to the United States presidential election, 50 Cent sent a tweet encouraging people to vote for former President Donald Trump over his opponent Joe Biden after seeing a news report on Biden’s tax plan: “WHAT THE F*CK! (VOTE ForTRUMP) IM OUT F*CK NEW YORK The KNICKS never win anyway. I don’t care Trump doesn’t like black people 62% are you out of ya f***king mind.”

Chelsea Handler, an outspoken critic of Trump and supporter of Democratic candidates, responded with her own tweet in which she quoted her ex and replied “You used to be my favorite ex-boyfriend.” The conversation continued with 50 Cent responding “oh my God this is effecting my love life now. @chelseahandler I love ya Gator, don’t let Trump and Joe Biden come between us girl.” Not ready to let it go, Handler wrote back “Hey f**ker! I will pay your taxes in exchange for you coming to your senses. Happily! Black lives matter. That’s you, f**ker! Remember?”

Shortly thereafter, Handler appeared as a guest on The Tonight Show Starring Jimmy Fallon in New York and when asked about the exchange, told Fallon:

“He said he doesn’t want to pay 62% of taxes. And I had to remind him that he was a Black person, so he can’t vote for Donald Trump, and that he shouldn’t be influencing an entire swath of people who may listen to him because he’s worried about his own personal pocketbook. I haven’t heard back from him yet, but I’m willing to, you know, seal the deal, in more ways than one if he changes his mind and publicly denounces Donald Trump. I might be willing to go for another spin if you know what I’m talking about.”

No word on whether they eventually reached any sort of deal or arrangement.