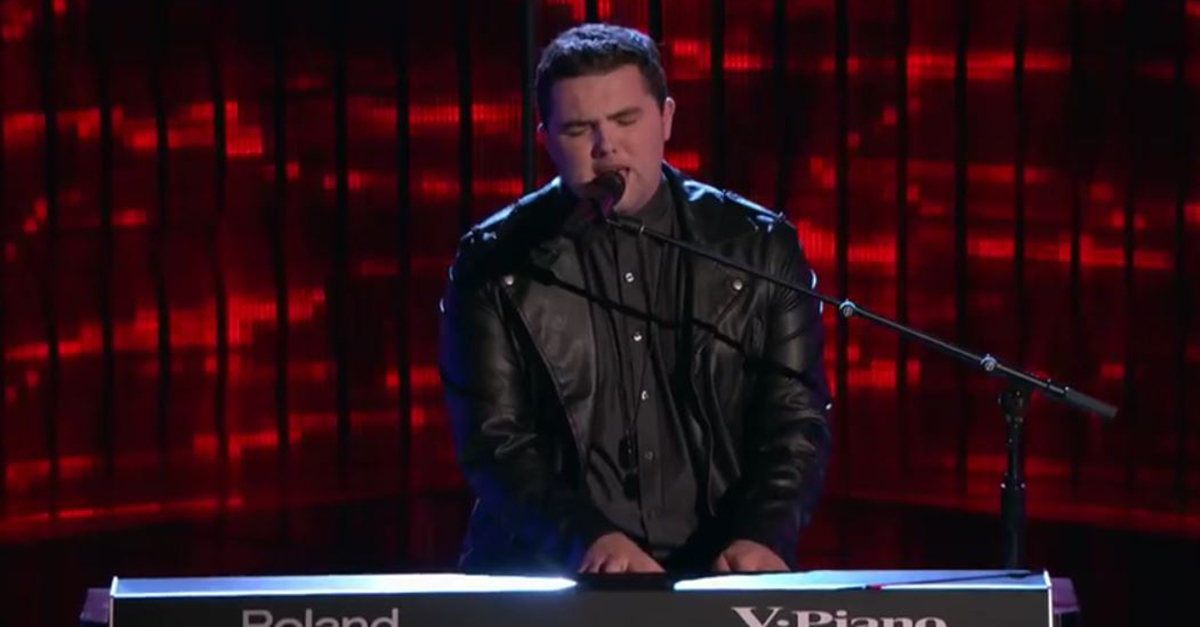 When contestant Jack Cassidy made his debut during the blind auditions on NBC’s The Voice, hecompletely blew everyone away! Cassidy, whose uncle is “the Partridge Family” alum David Cassidy, accompanied himself and sang Joan Osborne’s hit, “One of Us,” warranting two chair turns of judges begging for him to join their teams.

“There is such an incredible and passionate commitment to every single word you sing,” coach Adam Levine said, “I don’t think there is something more important than that. There were moments that weren’t perfect, but that’s what life is like and that’s what singing is like, too. There’s always going to be imperfections and to me, that’s what makes somebody great.”

Only an 18-year-old at the time, Cassidy named The Eagles, The Beatles, Elton John, and Billy Joel as some of his influences, and that just made Levine want him more. Blake Shelton chimed in and said that Cassidy should join Alicia Keys’ team, just to spite Levine.

What really wowed the coaches was when Cassidy confessed that actress and singer Shirley Jones is his grandmother. With also being David Cassidy’s nephew, it’s safe to say he is definitely from a famous musical family. What a history from Hollywood!

“Since I came into the world,” Cassidy said.

“And that particular song was such a beautiful example of what happens when you write a song with a message that no one can deny,” Keys said. “I totally felt it and I hope that we are able to work together.”

Before Cassidy could make his final pick, Levine made one more plea for him to join his team, “I know what you want to do,” Levine said, “I really do.” But in the end, Cassidy decided to join Team Alicia for the season!

Editor’s note: This article was originally published on March 7, 2017.

Watch: These Are Some of The Most Shocking ‘The Voice’ Blind Auditions We Have Ever Seen!