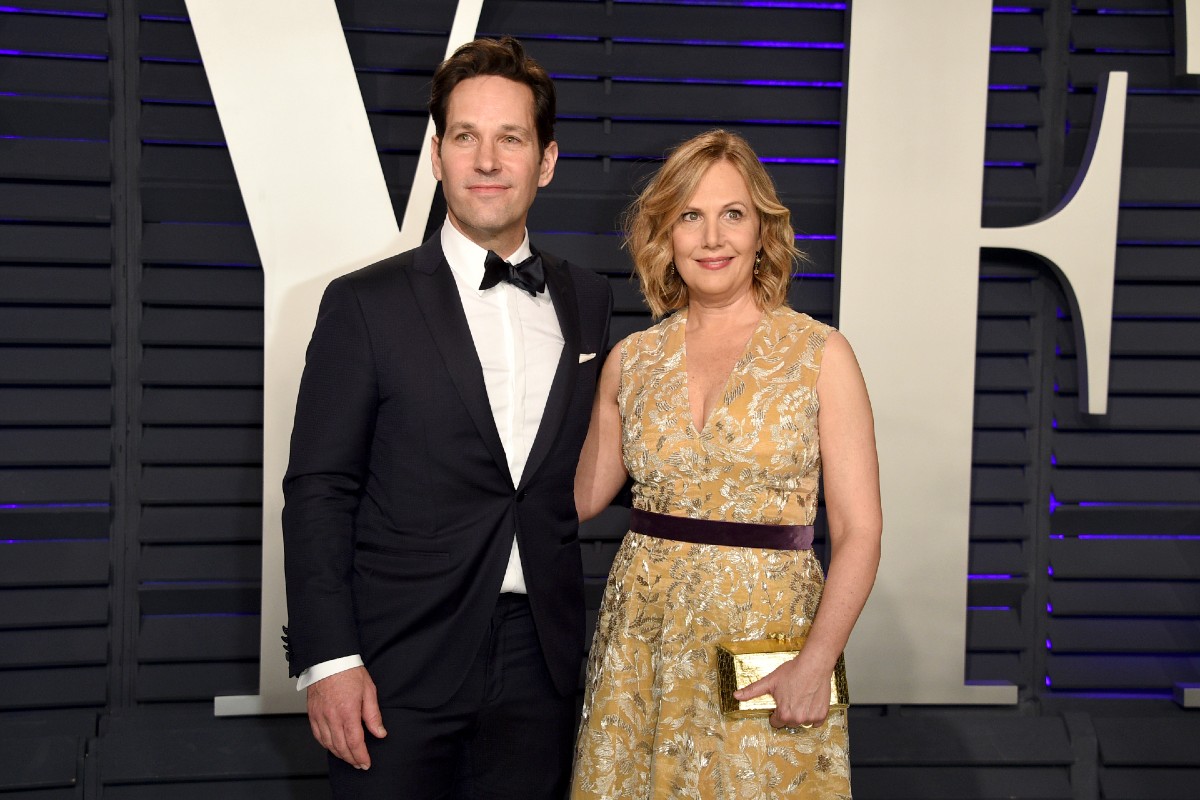 Funny, adorable, ageless, and infinitely likable, Paul Rudd has been the thinking woman’s crush since he played Josh in Clueless back in 1995. Unfortunately for his fans, Hollywood’s hunky boy-next-door has been off the market for nearly as long. So who is the lucky lady that holds Rudd’s heart? Read on to learn more about the actor’s mysterious wife: former-publicist-turned-screenwriter Julie Yaeger.

Our story starts in 1995 when Paul Rudd hit a bit of a rough patch. Sure, he had just gotten his big break with a starring role in the movie Clueless, but he’d also been robbed at gunpoint, lost a friend in an auto accident, and had his car stolen — all within the span of a week. Stressed and overwhelmed, the future Ant-Man decided to move to New York.  He was advised by Amy Heckerling, his director from Clueless, to get a new publicist.

When he arrived in New York, he visited a publicist’s office still carrying his luggage. As luck would have it, it was on this visit when the actor met his future wife Julie Yaeger. As Rudd remembered in an interview with Marie Claire, ?She was the first person I met in New York. We started talking and there was a maturity with her ? she had experienced some tragedy in her life, I had too, and the impression I got was, wow, this is a woman”. After eight years of dating,  Paul and Julie were married in 2003. Within a year, the couple welcomed their first child: Jack Sullivan Rudd. In 2009, their family would be joined by their daughter, Darby Rudd.

Despite Rudd’s celeb status, the couple does a good job of keeping their personal life out of the tabloids. And even though their dad has played a Marvel Comics superhero in Ant-Man and the Wasp, Rudd’s two kids still get embarrassed by their dad, according to Rudd. “?Oh, I?m still the embarrassing dad,” he told Marie Claire. ?My daughter is eight and thinks I?m the bee?s knees. My son is 13 and doesn?t even want me going to his school. I make jokes to a series of eye rolls.”

Rudd’s family life has even inspired some of his work. As he told The Jewish Journal, Judd Apatow asked Rudd and his wife to film themselves improvising in order to write believable dialog for Knocked Up and This Is 40. “Actually, there were more specifics in Knocked Up,” he told interviewers. “When Judd was writing that movie, my wife once said, “I?m so sick of looking at your back,” because I was just on the computer all day, checking my fantasy football scores.” To this day, Julie remains her husband’s red carpet date, so keep an eye out for her at his next premier! (Perhaps Ghostbusters: Afterlife?)

Watch: How Penelope Cruz and Javier Bardem Realized They Were Made For Each Other