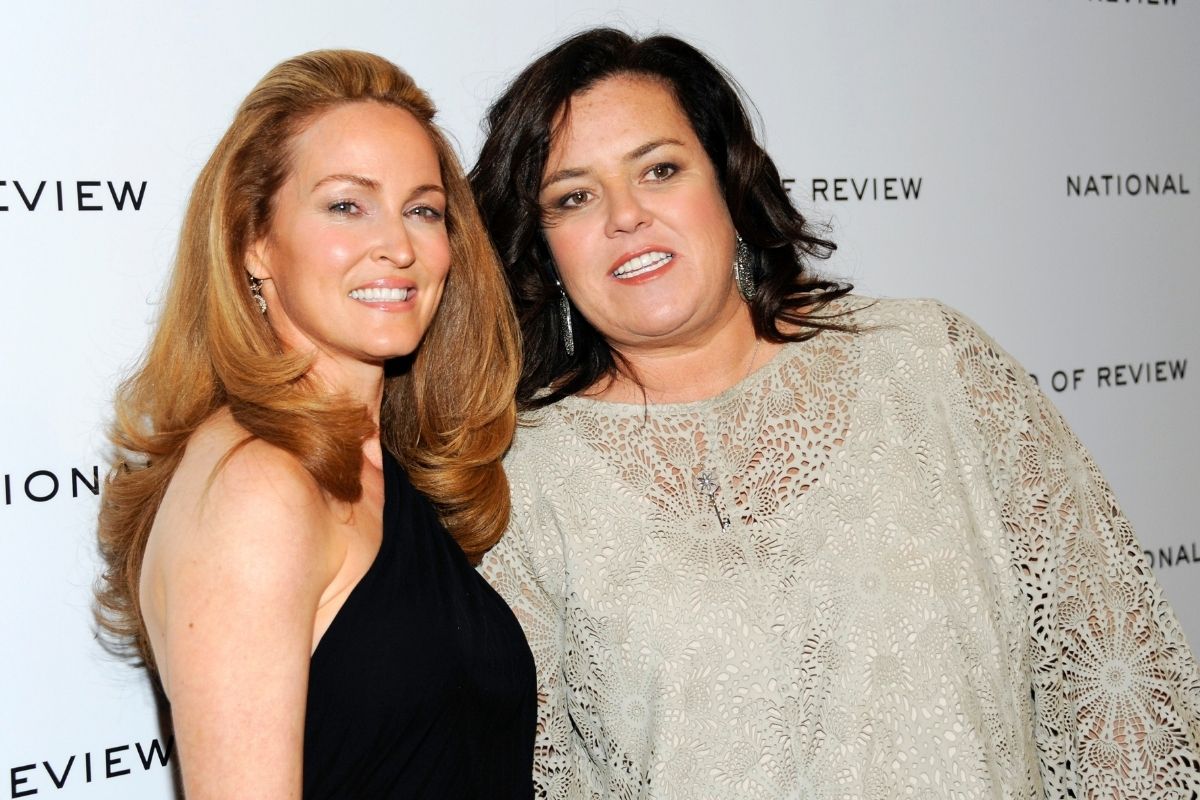 Rosie O’Donnell has been a big-name celeb for decades now! The talk show host has had a romantic life as interesting as her resume. Here’s what we know about O’Donnell and her past partners.

Rosie O’Donnell was born on March 21, 1962, in Cormack, New York. She was a popular stand-up comedian, winning an Emmy for her standup comedy special. She also has stage experience in New York City on Broadway, but it is her television career she is best known for. She started on the Silver Screen with a show called Star Search in 1984. O’Donnell would go on to land her own talk show, The Rosie O’Donnell Show that ran from 1996-2002. She would have various roles on television shows and movies. Most recently, she was a co-host of The View She was constantly butting heads with co-star Elizabeth Hasselback and eventually left the show. She has never been afraid to speak openly about the fact that she is gay, often bringing her various girlfriends to red carpet events.

Kelli Carpenter was Rosie O’Donnell’s first wife. It was with her that O’Donnell became a parent for the first time, welcoming O’Donnell’s first child, son Parker. They would have three more children together, daughters Chelsea and Vivienne and son Blake. O’Donnell’s relationship with daughter Chelsea was once very rocky with Chelsea accusing Rosie of abuse and even running away from home at one point! It seems now they have a great relationship as O’Donnell often gushes about her new granddaughter, Chelsea’s daughter.

O’Donnell’s relationship with Carpenter was successful for about a decade, but the pair eventually decided to go their separate ways. Carpenter is now remarried and works as a producer.

Rosie’s next partner was Michelle Rounds. Rounds worked as a recruiter for an IT company in New York. The pair were married in 2012 and adopted a daughter together named Dakota. The couple divorced in 2015, citing irreconcilable differences. After the split, O’Donnell filed for full custody of daughter Dakota. Unfortunately, Rosie’s ex-wife Michelle Rounds died of an apparent suicide in 2017.

O’Donnell’s most recent partner was her fiancée Elizabeth Rooney. The couple had a 23 year age difference! The relationship did not work out, the pair called it quits after a year of engagement in 2019. After the couple split, we learned they were in a long-distance relationship with Rooney in Boston and O’Donnell in New York. While she still seems to have some love for Rooney, O’Donnell quickly deleted all photos with her ex off of her social media accounts!