Although it is unclear whether he was going to or leaving from his big day, a Snapchat user immediately captured a photo of the young man with the caption, “Whatever his story is God Bless Him!” The hashtag, “#hedidit,” followed by the year of 2016 was also included.

RELATED: He’s young, black and WANTED — and this Yale genius is just getting started

Internet users immediately compared the black male to the late Michael Brown, a Ferguson, Missouri high school graduate who was shot and killed by Darren Wilson, a white police officer.

Similar to the man in the photograph, Brown, too, wore a forest green graduation robe in his senior portrait.

Upon going viral, the image sparked various emotions. Social media users vented for the young black men whose lives were taken and for those who have defeated the odds by graduating high school, even if they have to attend the ceremony companionless.

Celebrities such as Beyonce Knowles are avid supporters of the Black Lives Matter movement. The Queen Bey herself recently featured the mothers of Michael Brown, Trayvon Martin and Eric Garner in her musical HBO documentary titled “Lemonade.”

All three mothers, amongst many others, have experienced the sad truths of police brutality against the children they’ve nurtured from birth. In “Lemonade,” they appeared holding a photograph of their sons, showing the world that their lives will always matter. 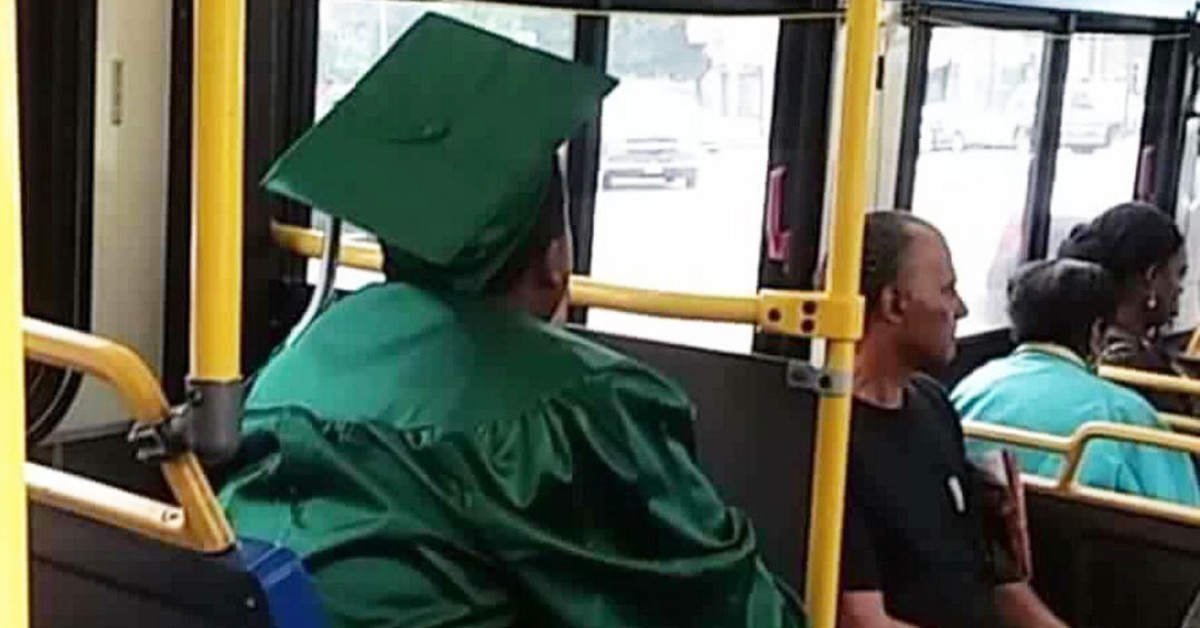