The Actual Cost of a Rattlesnake Bite in U.S. Will Blow Your Mind 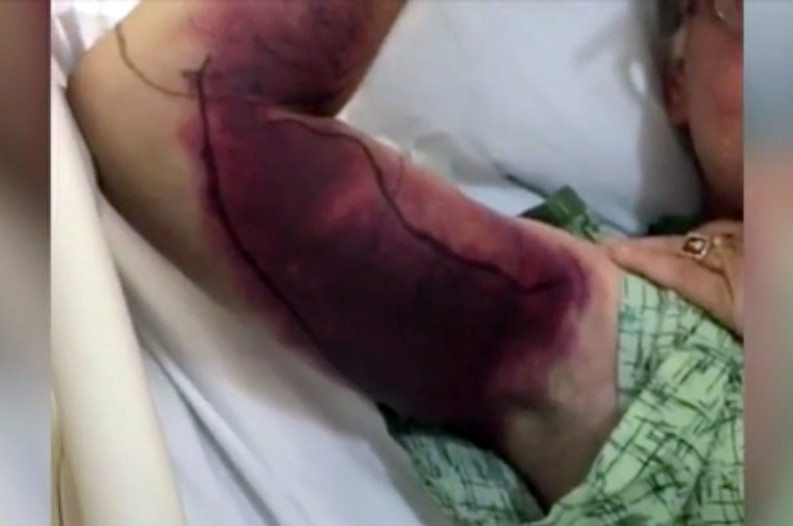 Last summer, Todd Fassler was bitten by a rattlesnake in San Diego, Calif. While the video of his rattlesnake injury went viral, his hospital bill for the rattlesnake bite care will put the fear of God in you. All $153,000 of it.

While getting bit by a rattlesnake isn’t as uncommon as we’d all like to believe, rarely does the story end at a bite for the victim. While trying to take a selfie with some rattlers, Fassler got bit. He expected some pain and swelling. What he didn’t expect though, was this massive $153,161.25 bill.

Remember the Rattlesnake bite story I did Monday? Guy just sent me this pic of his bill. Uhhhhhhh….. pic.twitter.com/ahK2W9KxVg

Why is the bill for a rattlesnake bite so high? It has to do with the necessary medical attention. In particular the antivenin, which is required to treat a venomous bite. It is included under the pharmacy cost portion of the bill, which was $83,341.25. There’s only one commercially available antivenin for “treating venomous snakebites in the United States – CroFeb, manufactured by U.K.-based BTG plc,” according to The Washington Post. There are no other competitors in the market, and because of that, in 2014, BTG closed out around $100 million. For one hospital vial, the price is around $2,300. A typical treatment dose? That requires four to six vials. So for a single, smaller rattlesnake bite that would need four vials of antivenin, the cost is $9,200.

It’s estimated that 7,000 to 8,000 people in America become snakebite victims each year. Snake venom can cause nausea, vomiting and difficulty breathing, and the results are even worse if you have an allergic reaction. Even nonvenomous snakes leave puncture wounds and cause tissue damage. So hesitation in seeking medical attention caused by worrying about the cost when you need life-saving medical help could potentially have devastating results.

In the photo of the bite above, it’s evident that this man required a helluva lot of antivenin for a rattlesnake bite that intense. So is this bill set in stone? Not quite. A hospital bill is more of a breakdown of all applicable charges and works as a way of communicating between the insurance company of the patient and the hospital. It’s one giant paper trail from which all deductions can begin.