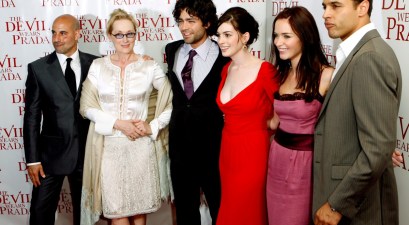 Zak Williams, son of the legendary Robin Williams, is honoring his father’s legacy by creating a new mental health organization, called Inseparable. The mental health awareness organization is said to help all Americans by ensuring they can get access to mental health care, especially now during the coronavirus pandemic.

After the beloved Mrs. Doubtfire actor passed in 2014 after suffering from Lewy Body Dementia, a type of brain disease that affects one’s thinking, memory, and movement control, his son made it a point to help those in similar situations and became an advocate for mental health. Lewy Body Dementia is the second-most common type of progressive dementia after Alzheimer’s disease.

I joined the @IAmInseparable advisory board because I believe we need pragmatic mental health policy that unlocks care for ALL Americans.

Zak did admit admitted to suffering from depression and several mental health struggles but has fought to stay away from drugs and alcohol while attending support groups to continue with his healthy lifestyle. The actor’s son also noted how important it was to receive support from his family during this time. He stated, “eating well, committing to a healthy lifestyle. Things that I need in my weekly and daily regimen to better support my wellbeing.” In 2019, Zak and his fiancée Olivia June gave birth to a baby boy, honoring his late father by naming him McLaurin Clement Williams. McLaurin was Robin Williams’ middle name and Robin’s mother’s surname.

The CEO opened about being an Advisory Board Member for Inseparable, stating, “The coronavirus pandemic has brought light to a parallel pandemic that’s happening. We are experiencing it as a direct result of the pandemic… a shared trauma that’s becoming quite acute as a result of everything that people have been through both in terms of the devastating economic effects, the isolation, and a lot of circumstances from communities.”

Today, I am proud to stand beside so many others as we launch @IAmInseparable – a new #mentalhealth advocacy organization focused on bringing more #health policy muscle to the mental health movement https://t.co/EOw20lIJGZ 1/8 pic.twitter.com/ILT2UpqjLu

The mental health advocate continued to say that instead of becoming isolated, finding resentment, and getting angry about it, we as humans need to find solutions and opportunities to band together and find the resources to change on a system’s level. With Father’s Day around the corner, Zak, his sister Zelda, 30, and Cody, 28, are expecting to honor the late actor by remembering his life and his work on and off the screen.