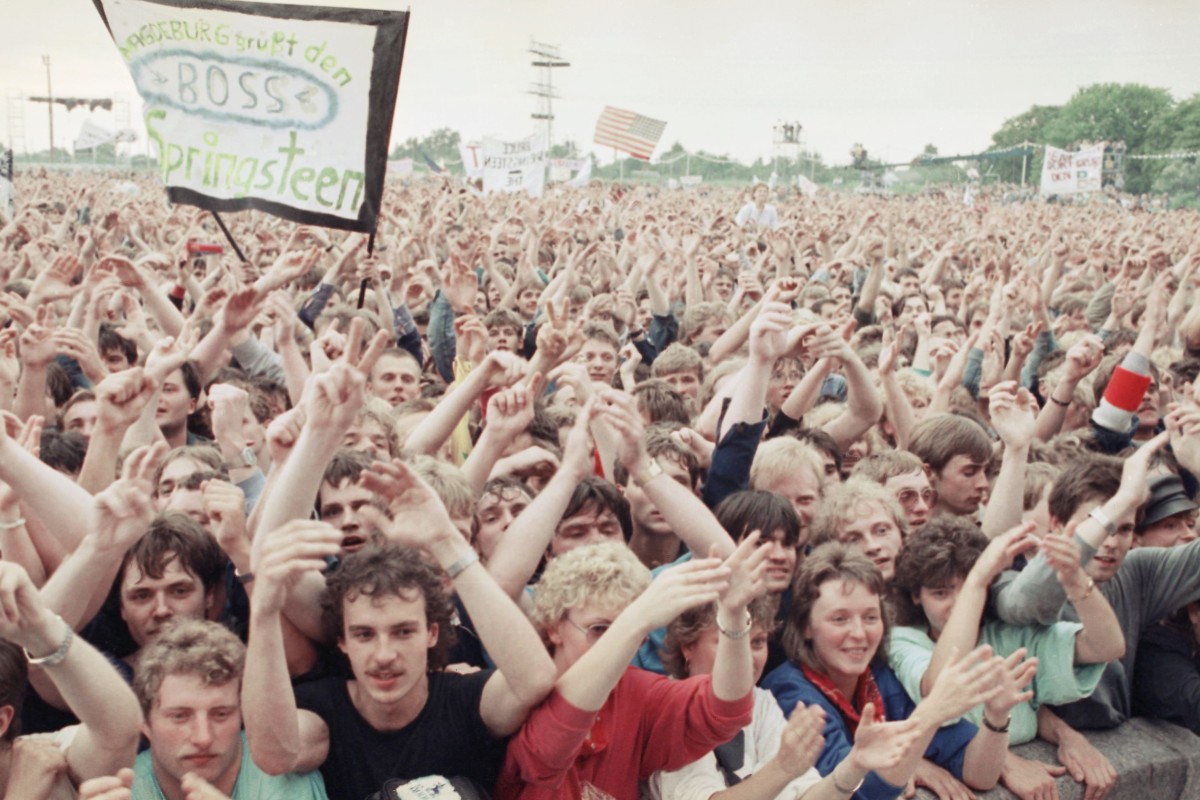 Music has the power to educate, inspire, empower, influence, heal, and transform. And in the summer of 1988, it just might have had the power to help bring down a wall.

On July 19, 1988, Bruce Springsteen performed a rock concert in East Germany that would go down in history for helping to end the Cold War. 16 months after his historic performance, communist East Germany opened its borders and was reunited with West Germany. Here’s the story of how Springsteen’s concert may have incited a revolution in East Germany that lead to the fall of the Berlin Wall:

American rock ‘n’ roll legend Bruce Springsteen was invited to perform in East Berlin by the East German authorities. It was part of a campaign to try to quiet the escalating mutterings against the wall and the communist government among young people. And as it turns out, the youth of East Germany happened to be wild for Western music. They had already clashed with the East Berlin police for flocking to the wall to listen to concerts on the other side — including the performances from David Bowie, Michael Jackson, and Pink Floyd when they played West Berlin.

To try and keep things from escalating, the East German authorities started inviting rock and roll musicians from the United States over the wall. The previous fall, the Communist Party’s young people‘s department (in German: Freie Deutsche Jugend or FDJ) had invited Bob Dylan to perform, along with Tom Petty and the Heartbreakers and Roger McGuinn.

According to records from Stasi (the East German secret police), the FDJ was able to persuade government authorities to allow Springsteen to play by playing up his working-class background. They maintained that songs like “Born in the USA” and “Born to Run” criticized the social injustice in the United States.

Unbeknownst to Springsteen, FDJ organizers had also billed the concert as a concert for Nicaragua to demonstrate support for pro-Communist Sandinistas. When he discovered this on the day of the concert, an angry Springsteen demanded that the political banners be taken down.

Springsteen played to a massive audience of 400,000 crowded onto a sprawling field, and millions of East Germans who were watching the concert on TV. He kicked off the four-hour show with “Badlands” and brought down the house with a cover of Dylan’s “Chimes of Freedom“. It was before starting “Chimes of Freedom” that Springsteen gave the infamous wall speech that may have toppled the iron curtain. In broken German, the Boss announces to the audience:

“I’m not here for any government. I’ve come to play rock ’n’ roll for you in the hope that one day all the barriers will be torn down.”

Berlin-based American author and journalist Erik Kirschbaum wrote about the fateful concert years later in his book “Rocking the Wall: The Berlin Concert that Changed the World”. He quotes one fan who said that the performance had been the “nail in the coffin” for East Germany.

“Whether Springsteen deserves belated credit for helping end the Cold War depends to a certain extent on whether you believe in the power of rock ’n’ roll,” Kirschbaum wrote. “But what is beyond doubt is that Springsteen’s 1988 concert is a glorious example of the influence rock ’n’ roll can have on people who are hungry and ready for change.”