Let Dogs Be Dogs, Even if They’re Tiny and Ridiculous 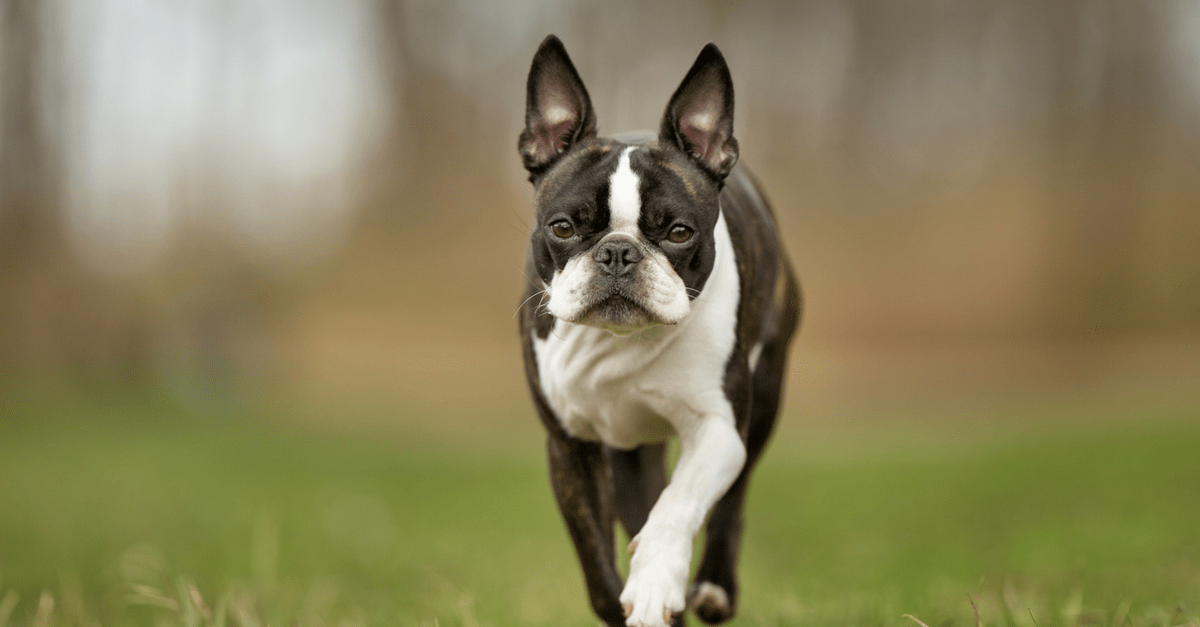 This was blurted with frantic incredulity at the owner of a friendly, not actually big, forty-pound dog by a short-haired, suddenly hyperventilating woman in her mid-40s, clad in Teva sandals and a t-shirt from the March for Science, as she scurried over and scooped up her peppy little Boston Terrier to keep it safe from what she assumed was the imminent threat of violence posed by the apex predator that is a neutered, curious, adolescent Australian Shepherd. One of the deadliest beasts to ever roam the small, grassy enclosure adjacent to our apartment complex that served as its dog park, no doubt.

The lady?s reaction to a medium-sized dog excitedly greeting her terrier was so overprotective it would have only really been an appropriate response if her terrier had come face to face with a ten foot python with its head raised and ready to strike at the little dog before squeezing it to its unfathomably painful death and swallowing its broken body while some weird, shirtless guy in jorts who?d just dropped the snake on the ground next to the terrier said, ?Hey I know this is technically a dog space but I like to get Yvonne here some sunshine time every now and then. Is it cool if she hangs here until I cash out my Juul??

Riley the Boston Terrier’s owner appeared furious at the Australian Shepherd’s owner for… also using the dog park that they were absolutely allowed to use. The lady left the area in a huff, staring daggers at the owner of the Australian Shepherd while clearly already crafting a complaint email to send to management. (Honest Subject Line: It’s Ridiculous That Everything Isn’t Exactly How I Want it to be Regardless of What the Hundreds of Other People Who Live Here Want and/or Whether or Not What I Believe is Even Correct or Reasonable.)

I watched the moment of panic unfold from the other side of the little dog park while my own small dog waddled around unaware of the apparent danger in his vicinity. Though, to be fair to the lady and her intuition, my dog isn?t the best gauge of danger. He wouldn?t be concerned with a roaring EF5 tornado until he got picked up and tossed over a mountain by it.

Still, it feels like maybe the lady overreacted to dogs just being dogs. Granted, her pet is not mine, and I don?t know the condition of its mental or physical health. It could have had a bad back, for instance, though it ran around and jumped on my potato of a dog like it was pretty physically capable of doing whatever it pleased. The terrier could have also had social issues with big dogs from before it was adopted but, again, the terrier didn?t appear to have an issue with the other dog. Old Riley, that uppity little bastard, was game to show the Aussie who was really the bigger dog.

That Boston Terrier probably lives what could only be described as a life of pure luxury. It is likely less deprived than Prince George. It?s not living in a doggy orphanage or wandering the streets, fighting packs of raccoons over Burger King scraps. What I mean is, that lady is almost certainly an excellent, loving dog owner.

Still, don?t project your distaste for roughhousing or fear of confrontation onto your dog that just wants to play. Certainly don?t shame a totally innocent dog owner because of your own overprotectiveness.

You don’t like your dog playing with bigger dogs (even if your dog doesn’t seem to mind)? That’s a you problem. You know what I do when my dog is having back problems or there’s a possibility of some actual psycho dog that prefers throats as chew toys showing up? I don’t take it to a dog park.

Otherwise, I say let that dog hunt, so to speak. It?s going to be like another hundred years before we fully breed them into living teddy bears. It’s got to live a little.

Watch: Everything You Need to Know About the Dachshund Dog