This adorable cat is obsessed with a perpetual motion toy, and it’s nearly hypnotic! 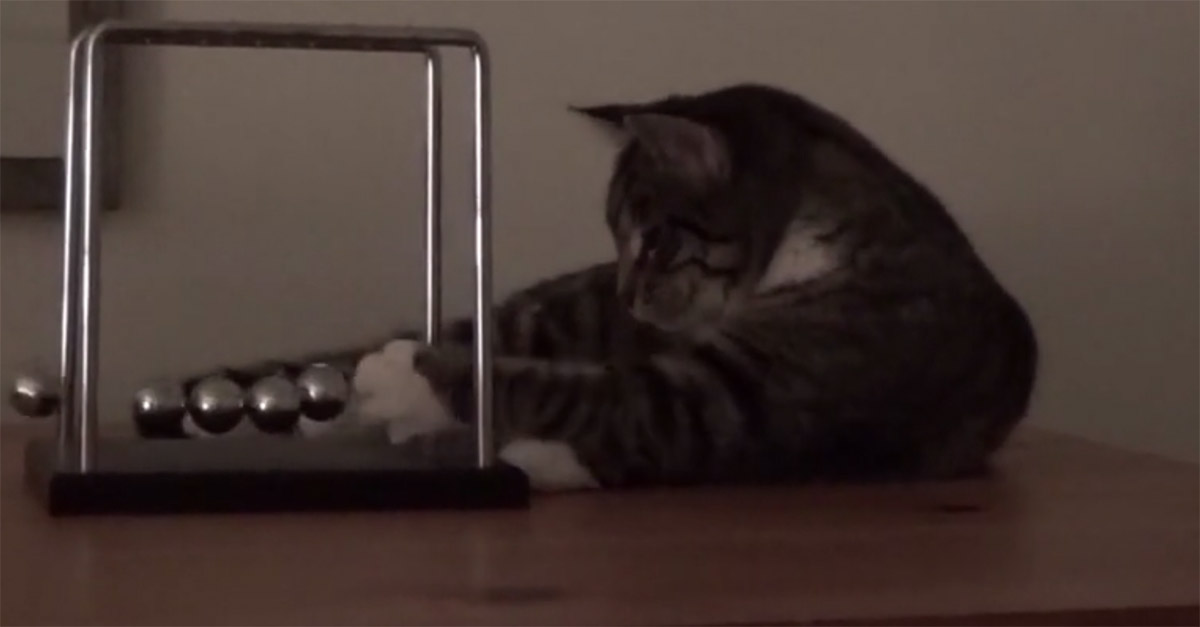 No, your eyes are not deceiving you — that’s a cat playing with a perpetual motion machine! We’re not saying that we believe in reincarnation, but if we did, we’d swear to the Hindu gods that this little feline was possessed by the spirit of Albert Einstein — or some other dead physics person.

RELATED: This adorable kitten is having the greatest time playing with its newest toy

There’s something oddly relaxing about this video, so if you’re having a tough day, watch on a loop for a few minutes and your worries will soon depart.