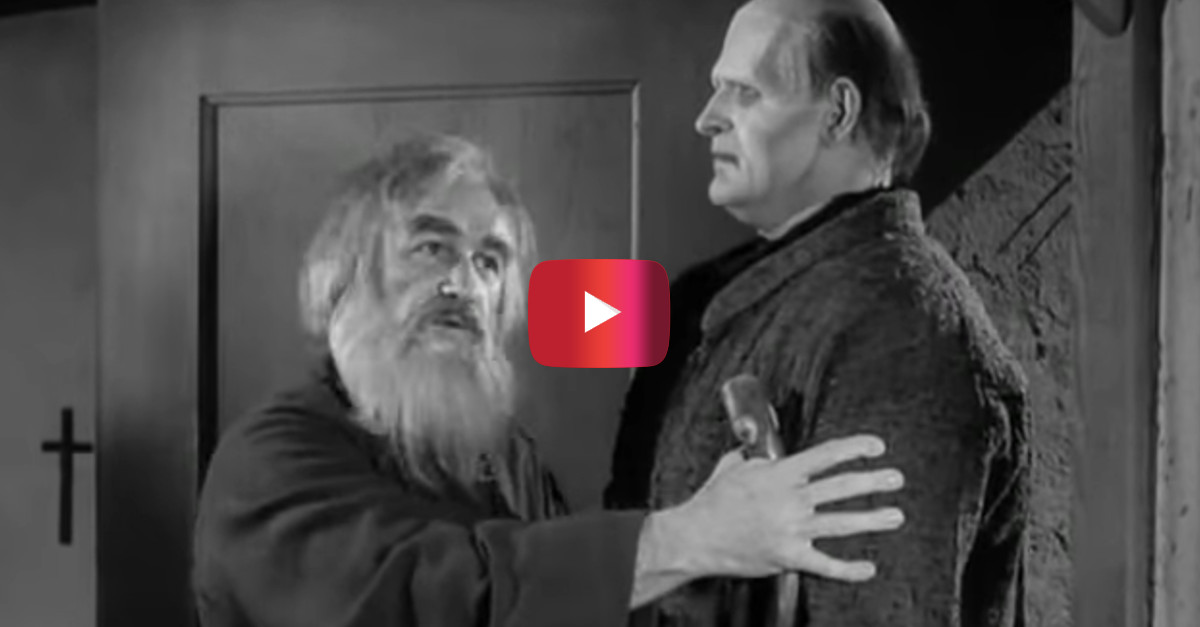 In 1974’s “Young Frankenstein,” actor Gene Hackman makes a memorable cameo as a blind, hermetic priest who is jonesing for some company when he is visited by the Frankenstein monster, played by Peter Boyle.

The entire ordeal is one of the funniest scenes in film history, as Hackman very earnestly tries to help his new companion and provide him with a hot meal.

Boyle and Hackman’s natural physical comedy skills get front and center attention as Hackman’s priest accidentally spills hot soup into the monster’s lap instead of his bowl and lights his thumb on fire instead of his cigar.

According to the audio commentary for the film’s DVD release, few audience members were able to recognize Hackman when the film was first released.

Hackman got the part after asking his friend and tennis partner Gene Wilder whether there was something in the script for him, because he wanted to give comedy a go. Wilder referred Hackman to director Mel Brooks, who brought the actor along for one scene as the blind priest.

“He was playing tennis with Wilder every weekend, and he said, ‘Is there anything in that crazy movie I could do?’” Brooks told Yahoo in 2014.