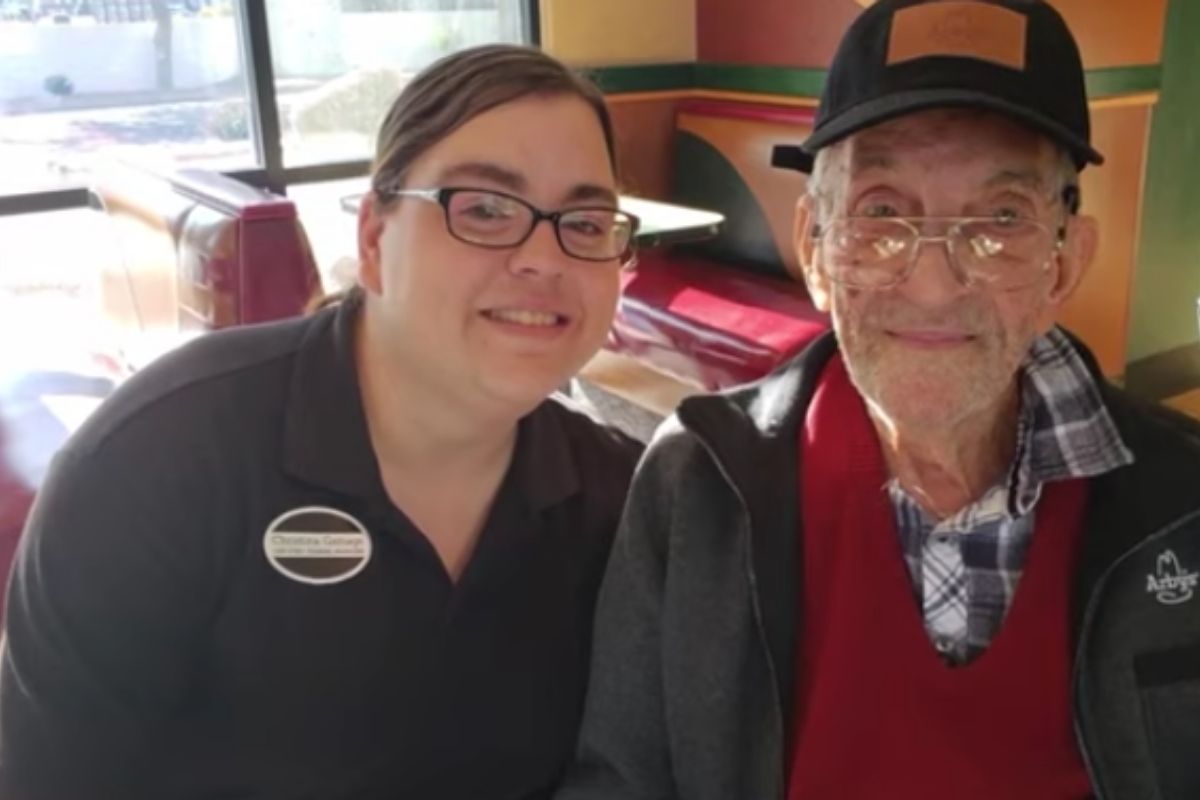 “A roast beef slider with the swiss melted and a coke with no ice,” is the same order that Mr. Doug Parker gets every time he walks into his favorite local Arby’s restaurant in Chandler, Arizona. The 98-year-old veteran fought in World War II and comes in so often, this Arby’s near Queen Creek and Alma School roads, not only know his order by heart, but consider him family.

Over the last few months, the loyal customer has been unable to pay his Arby’s family a visit at his favorite place, but that hasn’t stopped manager Christina Gamage or the rest of this Arby’s staff from making sure he gets his favorite meal. The WWII veteran told Fox 10 Phoenix, “This is the only place I an get a sandwich or get something to anything else to eat that doesn’t hurt my stomach.”

Gamage explained, “He comes in with a walker, as soon as we see him come to the doors, we try [to] grab the doors for him.”

She also explained that Parker has been through many trials as a veteran and that he also has no family. She or someone from the Chandler Arby staff will drive his to-go meal to Parker’s retirement home which is only five minutes away. And it’s a free food as well. So Gamage decided to gift the veteran a heartwarming something as thank you for everything Parker has done in his lifetime.

“Let’s give him Arby’s for life, I have no problem with that,” she said.

It started back in 2018, when all the employees gathered their own money to give Parker a $200 gift card to the fast food restaurant to show the old man some extra love. Gamage explained that, “He was so shocked, hardly had anything to say.”

And now, the chain restaurant was recognized for how they care for Parker by Run for the Wall, a veteran group. Gamage explained that giving the war veteran food for life was the least they could do to show their gratitude saying, “It was truly an honor, there are so many amazing stories about our veteran’s and I thank them for everything they’ve done for us!”