Good Samaritans Climb up Burning Building to Save Elderly Man 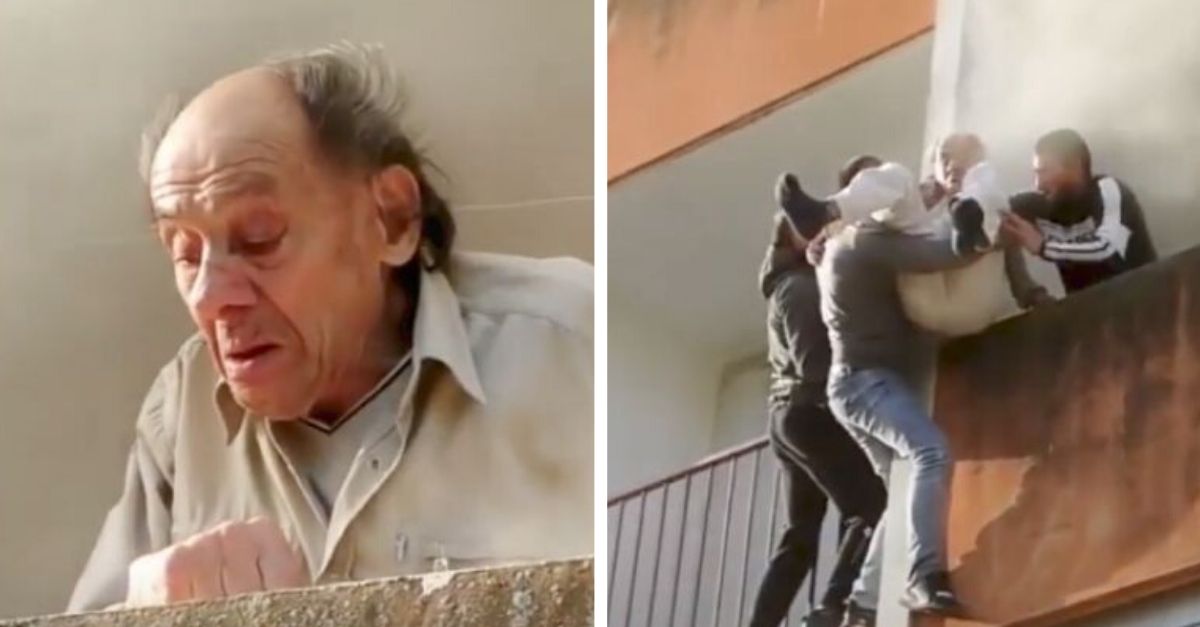 I love stories with happy endings that make me realize that sometimes there is good out in the world. With everything that has been going on lately, sometimes it’s easy to forget that despite so much evil, there are still people out there who are trying to change humanity for the better. Like these two men who decided to risk their lives to save another human.

Back in April 2020, a fire of a voluntary nature started in a seven-story building located in Montreal-Fault-Yonne, France. The incident tragically caused the death of a 3-year-old girl and her mother, with survivors going through quite an ordeal. One of the victims, an elderly man, was trapped in his balcony and was surrounded by smoke with no exit in sight.

Luckily for him, two superheroes popped out of nowhere and came to the rescue. Ouloubaev Aslan and Dombaev Dzhambulat from Chechen had been living in France for nine and seven years. When Dombaev saw the smoke coming from a distance, he decided to walk closer. When he arrived at the location he saw the carnage and heard the screams from the residents and saw the old man trapped outside.

(Seine-et-Marne, France): On April 15th, Dombaev Dzhambulat, Ouloubaev, Asla and Ahmedov Muhsinjon, three friends originally from the Russian Republic of Chechnya, were at a park in the French area of Montereau-Fault-Yonne, when they noticed a panicked elderly man trapped on his 3rd floor balcony. Without hesitation, they scaled the walls and rescued the elderly man who is disabled right before firemen got to the scene. Dzhambulat said elderly man said to him, “I am scared. I am scared. I can’t walk.” When asked of HIS bravery, Dzhambulat responded, “I did not have time to be afraid, I had to just go.” #heroes

Terrified and unable to breathe, the man kept shouting, “I’m scared, I’m. scared I can’t walk.” With help from Ouloubaev, Dombaev quickly began to pile up trash cans and climbing up the wall. Since the man was too afraid to walk on his own, Dombaev claimed into his balcony while braving fire and smoke. That’s when he then proceeded to extract him from the balcony, which was covered in smoke, took his arms so he could be soaked in the other adjacent balcony and waited for the fireman to arrive.

According to Tolubaev the motive as to why he decided to risk his life because he saw how distressed the man was. He stated, ?I saw an old person in the wrong and I did not hesitate to climb. I was not afraid because it is not the first time that I have rescued people.” So yes, although some of us aren’t really capable of climbing a burning building and carrying a full victim in your arms across a burning balcony, this goes to show us that there are still good people out there. It should also be a lesson, reminding us that if we are capable of helping, whether it is a small act of kindness or a heroic act like this one, it is much appreciated.

Watch: Police Accidentally Get Everyone High After Burning 3 Tons of Marijuana