There’s Nothing More Texas Than This Whataburger Gun 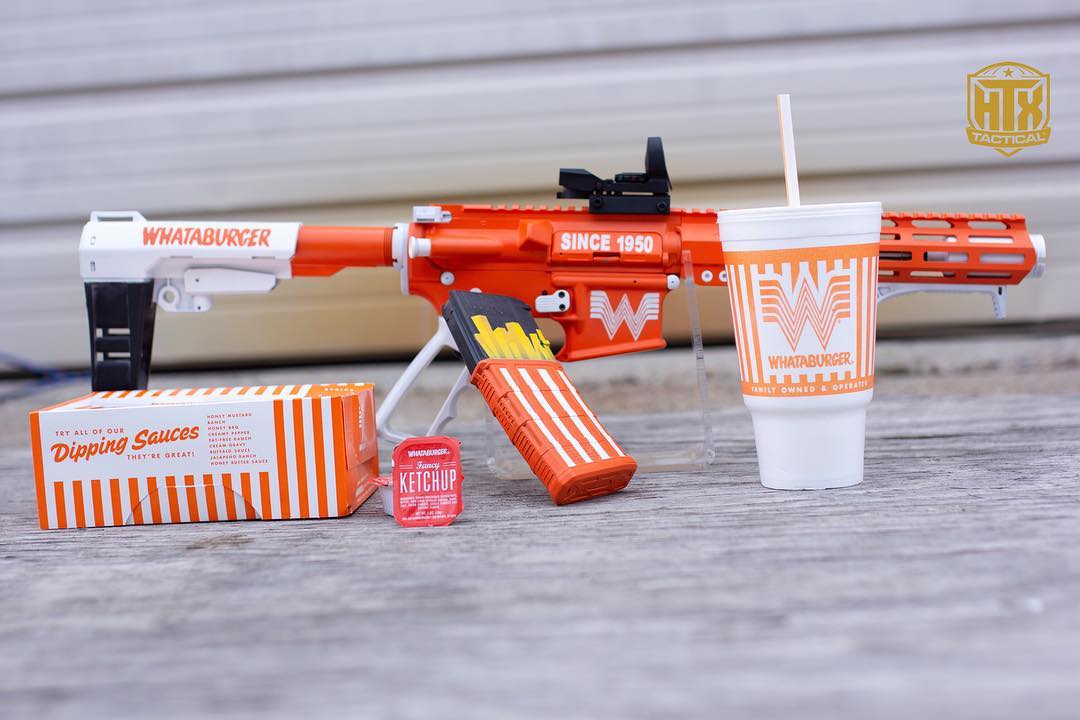 This Whataburger-themed assault rifle created by HTX Tactical looks like something you’d win on a Price is Right style gameshow made specifically for Texas. (Though don’t plan on taking it into Whataburger. The chain doesn’t allow guns in their stores.)

The custom gun was created for a customer that HTX Tactical won’t identify but, presumably, it’ll be the guy you see driving an orange F-150, eating Whataburger three times a day.

Despite the gun looking incredible, the process to create it isn’t all that complicated. There’s no custom order put in at the factor or anything. HTX Tactical just does it with stencils and some special gun painting techniques.

Hopefully this gun lets the Shake Shacks, In-N-Outs, and Steak-n-Shakes of the world know who the damn boss is. There is no longer any dispute. Whataburger will kill your burger. Literally. With bullets. Fewer things would make me personally happier than watching the owner of this gun shred a big pile of In-N-Out’s weak ass cardboard fries with a hail of lead and hate.

And the gun is a hit. The video has over a million views and 20,000 shares. This is unsurprising. This might be the most on-brand thing ever created for Texans. What else would there be? A cowboy hat with a gun in it? A tax-free steak? That’s about it.

According to HTX Tactical the company has also made custom guns for NBA Hall of Famer Shaquille O’Neal and Houston rapper and noted grillz enthusiast Paul Wall.

Suffice it to say that if you need a gun that lets the world know you love something, HTX Tactical can make it happnen. Now if you’ll excuse me I have a rifle plastered with pictures of my dog to order.

Watch: Man Accidentally Shoots Himself While Trying To Kill A Cockroach