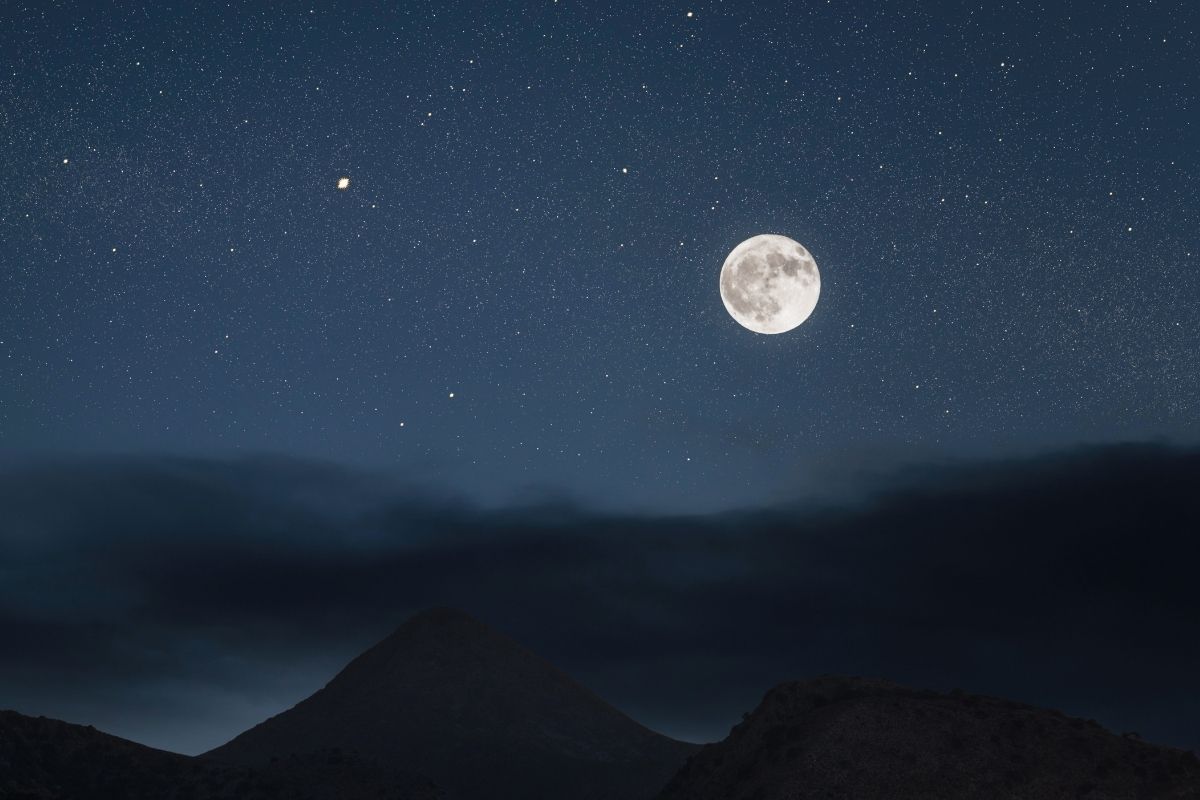 2021 is saying ‘lookout world, I’m here to shine!’ If you’re looking for more ways to celebrate 2021, you will have an opportunity to do so on Thursday, January 28, 2021. The first full moon of 2021 is set to illuminate the night sky that Thursday night with a Full Wolf Moon. What exactly is a Full Wolf Moon? It is the first, and in most years only, Full Moon that occurs in January. The name comes from the fact that wolves were thought to howl more frequently during the first month of the Year. Fun fact: did you know that wolves don’t actually Howl at the Moon, rather it’s sort of a form of communication whether that’s for making territory or calling their pack.

Other Moon names for January’s full moon are Center Moon, Frost Exploding Moon, The Cold Moon, Severe Moon, Snow Moon, or Freeze up Moon. Yes, all these names service from the chilly and crispy winter weather during the first quarter. According to the Old Farmer’s Almanac, Native Americans called it the center moon due to the event being recognized as a midpoint of winter. This year, the full moon will fall on Thursday, January 28th, and will reach Peak fullness at 7:16 p.m. UTC, or 12:16 p.m. EST.

What is a Wolf Moon?

Of course, it will still be daylight in some areas when the moon will show, but don’t worry, even though the Moon is technically only full at the precise moment it’s 180 degrees opposite the sun, it can still see people for at least a day or two preceding and following the full moon. In the United States the moon won’t actually appear over the Horizon until sundown due to the time zone, so make sure you grab your binoculars, or telescopes for you astronomy fanatics, at dusk to start your wonderful observation. It’s going to be a long night.

But if the Moon is not visible where you are at that time, wait until Sunset and you will surely see it. The celestial body will still look as large and bright throughout the whole night. A full moon occurs every 29.5 days, meaning the next one will be taking place on February 27th. Although the 29.5-day cycle means that there is typically one full moon per calendar month, on occasion, a single month will have a bonus Moon which can be known as Blue Moon. And we just 28 or 29 days in the month, February unfortunately sometimes misses out on the Full Moon entirely. But not this year! So, be sure to mark your calendar!

Watch: An Asteroid Taller Than the ‘Empire State Building’ is Headed Towards Earth