Growing Pains wasn’t the longest-running family sitcom of the 1980s or 1990s. Given the crowded market of like-minded shows at that time, it wasn’t even one of the most popular programs of its ilk, either.

But everyone still remembers Growing Pains.

Among the litany of primetime shows that tried to soften up the difficulties facing one or more parents trying to raise kids in suburbia, Growing Pains found a special place in America’s heart.

That’s primarily due to main cast members Alan Thicke, Joanna Kerns, Kirk Cameron, and Tracey Gold. Of all the family sitcoms that aired in the late ‘80s and early ‘90s, those four seemingly genuine, pleasant actors made Growing Pains an easy, enjoyable watch (even if it had the word “pains” in its title).

After the show ended in April 1992, life took the actors behind Growing Pains in radically different directions. Let’s catch up with the Seavers, shall we?

Alan Thicke was a multi-faceted entertainer who produced, wrote for, guested on, and even hosted various TV shows. He also hosted multiple game shows and composed TV theme songs — including the ones for Diff’rent Strokes and The Facts of Life, if you can believe it.

So, needless to say, Thicke had his head in the world of family sitcoms. It was only appropriate, then, that his most notable career achievement was as the Seaver household’s patriarch — and that his kind smile is an image that immediately calls ‘80s and ‘90s family sitcoms to mind.

In one of the biggest tragedies to befall that particular TV universe, Thicke died at age 69 while playing ice hockey in December 2016. The cast of Growing Pains — including Leonardo DiCaprio, an actor from the show’s last season — attended his funeral, according to CNN.

Full House star and Thicke friend Bob Saget reportedly gave the eulogy — which now appears eerie, as he too would die unexpectedly a few years later.

Thicke’s legacy includes not only Growing Pains but also his son Robin Thicke, a music superstar. In fact, the singer recently paid tribute to his dad by performing the Growing Pains theme song, which Alan Thicke co-wrote, on The Masked Singer.

Like Alan Thicke, Joanna Kerns will always be best known for her role in Growing Pains, as mom Maggie Seaver. After the sitcom ended, Kerns became a prolific director, handling episodes for at least a dozen TV shows including Grey’s Anatomy, This Is Us, Fuller House, and many more.

Roughly five years ago, she opened up on the Today show about undergoing a double mastectomy.

“I decided pretty quickly to do the mastectomy but what surprised me was that the recovery was pretty tough,” she said. Kerns said at the time that she was feeling “great.”

Meanwhile, Kirk Cameron took a very different path than the actors who played his parents on the TV show. He did continue acting, predominantly in Christian projects; Buck Williams in the Left Behind Trilogy and Caleb Holt in Fireproof were his best-known roles after Growing Pains.

But he also became a nationally recognized evangelist. A couple of years ago, Cameron drew controversy when he hosted a Christmas caroling protesting event at a mall in Southern California — during a period of the COVID crisis when authorities told people to stay indoors. He called it a “peaceful protest” and wanted to celebrate “God-given liberties.”

Thousand Oaks Mayor Claudia Bill-de la Pena said in response, “Liberty and freedom are very fragile and they come with great responsibility. Continuing to hold large gatherings and ignoring all guidelines, I feel, is unchristian.”

Gold’s story is probably the most tragic one among Growing Pains‘ main cast members. She experienced severe eating problems, including anorexia, and losing so much weight that the sitcom suspended her.

After breaks from appearing on Growing Pains, she returned for the last two episodes of the series.

Gold rebounded after marrying a man she met through her TV mom, Joanna Kerns. They have four children together, according to In Touch.

But Gold hit another serious rough patch in 2004 when she rolled her SUV down an embankment near a California freeway, Fox News reported. The accident led to an injury to her oldest child.

Gold pleaded guilty to DUI and spent one month on work release, in addition to other penalties.

READ MORE: “Where is the ‘Full House’ Cast Now?” 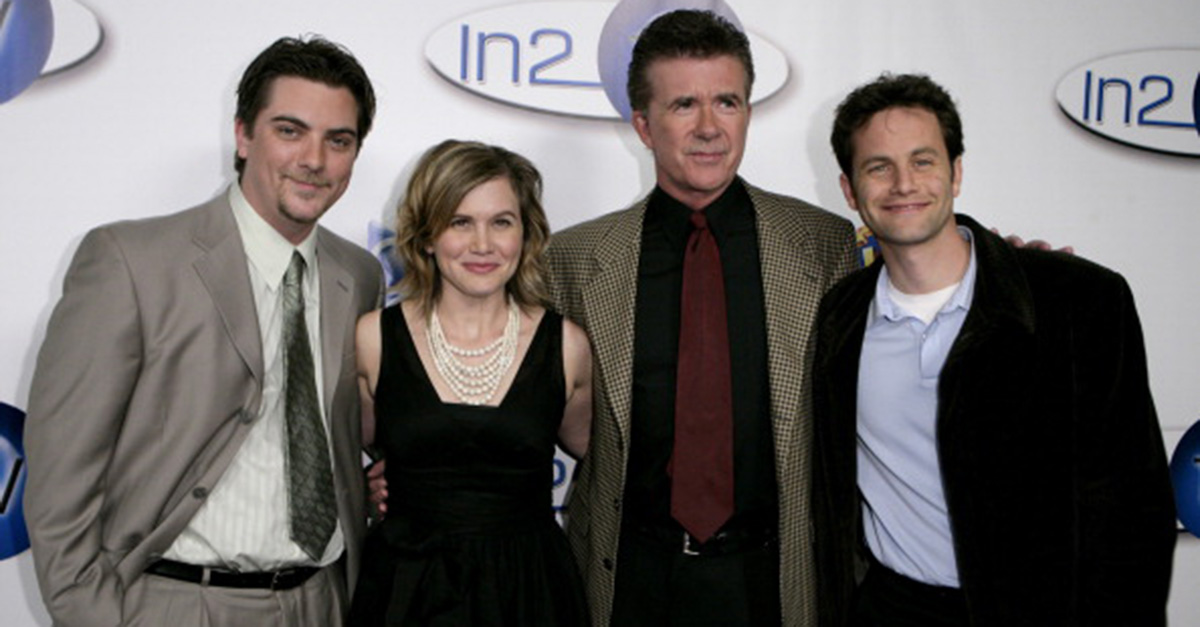