To this day, The Graduate film is hailed as one of the most popular films of all time. Simon & Garfunkel’s “Mrs. Robinson” is almost synonymous with the film.

The song in the movie is named after the older woman whom The Graduate’s protagonist, Benjamin Braddock, has an affair with. Mrs. Robinson was portrayed on screen by Anne Bancroft in this, her most beloved role. The name, however, was more of an afterthought. In the process of writing the song, any name with three syllables was inserted in the “Mrs. Robinson” beat. There was no set name however, “Mrs. Roosevelt” was the working title.

When they were asked to write a song for The Graduate, they started using the name of the character. While to an outsider, and to director Mike Nichols it was obvious this song was meant for the movie, this was not the first song the duo played for him. It was the third, and the only song that he liked. He saved the song just in time since Simon and Garfunkel had no real intentions of finishing or using the song.

They finished the song a couple of months later in New York. The new song that played on the radio was different from the more stripped-down version released on their album Bookends. The Graduate was released three months prior to the song, but since it was still in theaters it served as additional movie promotion.

Another reason the song is so well received is the multiple cultural nods. The original mention of Mrs. Roosevelt is still in the lyrics of the song, many spectate. These lines, in particular, add weight to that ideation:

“We’d like to help you learn to help yourself
Look around you, all you see are sympathetic eyes
Going to the candidates debate
Laugh about it, shout about it
When you’ve got to choose
Every way you look at it, you lose”

Also, Paul Simon was a huge fan of the New York Yankees, hence the mention of Joe DiMaggio, even though Simon was a huge Mickey Mantle fan. Some speculate that the correlation is furthering a political theme. Since Eleanor Roosevelt was a political figure, stepping into a strong leading role as her husband’s health declined and Joe Dimaggio was married to Marilyn Monroe who was also linked to political figures. According to the duo, however, the line was much less loaded. It was more of a strange line that just seemed to work, but seemed relevant since he was viewed as an American hero, who seemed to be in short supply.

“Where have you gone, Joe DiMaggio?
Our nation turns its lonely eyes to you
Woo, woo, woo
What’s that you say, Mrs. Robinson?
Joltin’ Joe has left and gone away”

There’s also a portion of whimsy in the song, looking towards the Beatles, that’s the “coo coo ca choo” part. Needless to say, everyone loves The Beatles and this mentions ads an extra something special to a song that overall sense of nostalgia. Mr.s Robinson quickly became one of the most famous Simon and Garfunkel songs. It earned them their first Record of the Year for a rock song at the 11th Grammy Awards in 1969. Mrs. Robinson was covered by many influential musical acts like Bon Jovi, The Beatles, The Lemonheads, Frank Sinatra, and Weezer.

This sweet success was not met without extreme bitterness. It eventually led to a dark mark on their career as a musical duo and friends. They struck up a friendship with the director Mike Nichols and he offered them both a role in the 1970 Catch-22 film. Before filming, Paul Simon’s part was cut while Art Garfunkel remained in the movie. This altercation eventually led to their split. In addition, they rarely performed it and Paul Simon believed many of their fans felt they had sold out for working with large movie production. 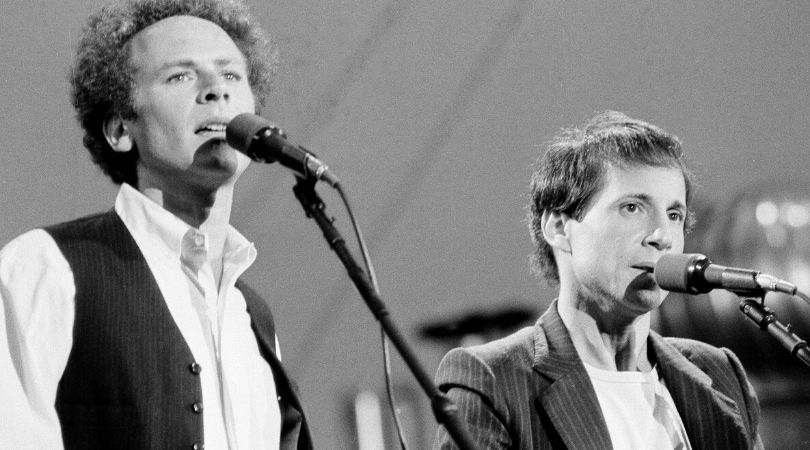