A rare species of butterfly has taken to the skies in the most unusual locations around the country: near military bases.

RELATED: The king of the jungle can be quite gentle, even with the tiniest visitors

The tiny butterfly, called the frosted elfin, is flourishing at several defense installations because of the way the military manages open spaces, said Robyn Niver, an endangered species biologist with the U.S. Fish and Wildlife Service.

“Military training requires vast open areas, so these bases are some of our last great wild places,” Niver said.

The frosted elfin, which has a 1-inch (2.5 centimeter) wingspan, gravitates to these areas because of how the bases maintain their vegetation. The locations routinely endure controlled burns to manage vegetation, because if the brush gets too overgrown, it will attract various animals, which would be dangerous for the landing/takeoff of planes.

So far, the butterflies have been confirmed at Westover Air Reserve Base and Camp Edwards in Massachusetts; Fort McCoy in Wisconsin; Fort Bragg in North Carolina; and the New Hampshire State Military Reservation.

RELATED: One adorably sweet koala looked up to find a beautiful butterfly on its nose

The dainty insects were first spotted at Westover in Chicopee, Mass., about 20 years ago, according to Jack Moriarty, the base’s chief of environmental engineering. 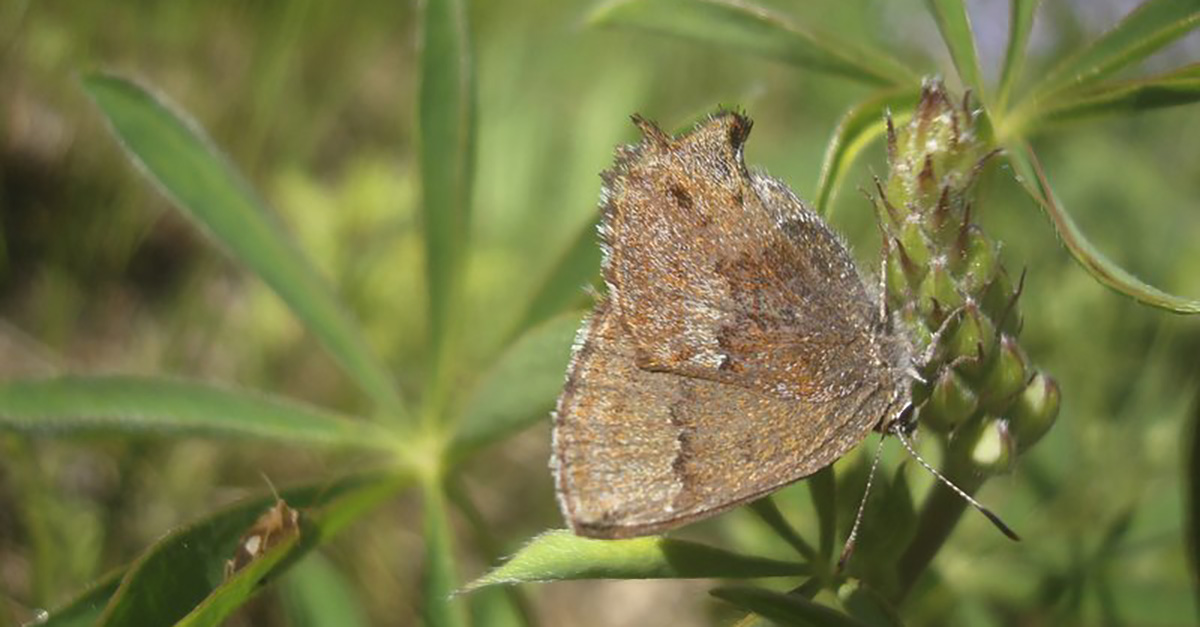