Fiona the hippo is a wildly popular animal at the Cincinnati Zoo.

RELATED: It’s still a bit early for Fiona the hippo to make her public debut

Born six weeks early in January at a measly 29 pounds, the hippo has gone on to thrive at the park. And now, her admirers have reason to celebrate even more: Fiona’s dad, Henry, is now being allowed to roam near her.

Zoo officials had held off until now, and had reason for their reticence. Fiona’s dad weighs about 10 times what she weighs — 375 pounds — so there were some welfare concerns.

“From a natural history standpoint,” the Zoo wrote, “an adult male hippo should be completely comfortable with a female baby joining the bloat. However, it’s important to keep in mind that while Henry has been a father before, the last time he shared space with a baby was around 20 years ago. So for all intents and purposes, Henry probably feels a lot like a first-time dad and is likely unsure of how to act around Fiona.”

The trio were united in a very public way yesterday morning at the Hippo Cove outdoor pool. And they posed for the cutest family pic we’ve seen so far this summer.

RELATED: Fiona the baby hippo is bringing joy to visitors at the Cincinnati Zoo

It was a supervised visit, but zoo staff, and the adoring public, were happy with how it went. 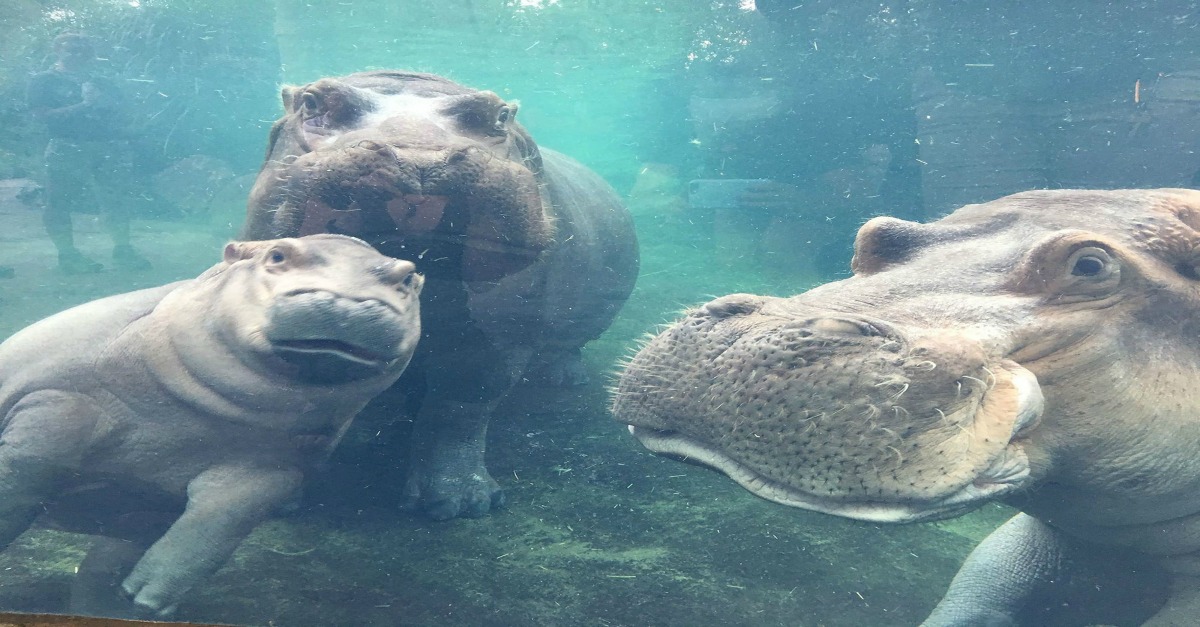