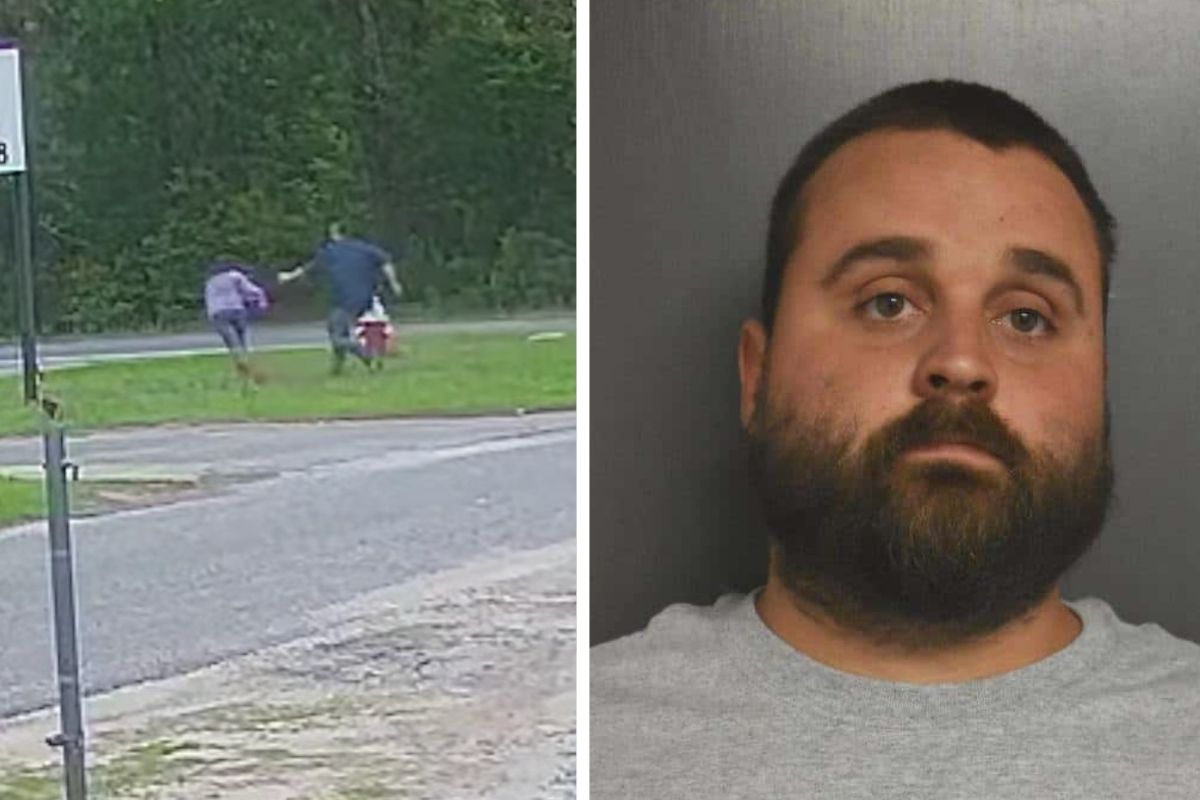 An 11-year-old girl was caught on video fighting off a knife-wielding sex offender who tried to kidnap her at a bus stop. The girl was waiting for the bus when the man approached her on the morning of May 18th. According to the Escambia County Sheriff’s Office, “Around 7:00 this morning, a white Dodge Journey pulled up to an 11-year-old girl waiting at a bus stop on Old Corry Field Road and Perdido Street. As you could see in this video.” Law enforcement decided to release surveillance footage that captured the incident.

Through a statement, they also wrote, “A Hispanic male exits the vehicle reportedly armed with a knife. The suspect then grabs the little girl and a struggle ensues. She was able to fight and break free from the suspect’s grip. She is safe and with her family. If you have any information about this incident, call the ECSO at 850-436-9620 or Crime Stoppers at 850-433-STOP.”

The 30-year-old sex offender from Florida was reportedly identified as Jared Paul Stanga. Police said that he is now in custody and has been charged with the attempted kidnapping of a child under 13 and aggravated assault and battery. Police stated that he has an extensive criminal past including several charges against children, suggesting his intention to commit a heinous crime. Through a press conference, Sheriff Chip Simmons stated, “I cannot help to think that this could have ended very differently. Had this 11-year-old victim not thought to fight and to fight and to just never give up, then this could have ended terribly.”

According to the Washington Post, this isn’t it wasn’t the minor’s first run with Stanga. Two weeks before the incident, the man had allegedly approached her at the same bus stop and began to speak to her in Spanish. The girl quickly walked away and then reported the incident to her mom, her school principal, and teachers. For the next two weeks, the girl’s mother accompanied her to the bus stop.

This is the man they arrested. Jared Paul Stanga, DOB: 8/01/90 pic.twitter.com/5oE6EBNLXM

But, Tuesday morning was the first day since the incident when her mother was not there with her. Simmons stated, “We believe that this person has either been watching her specifically or was walking around, looking for an opportunity. Either way, it’s bad. His intent [was] to get her into his car and from that point on, we have no idea what horrors would have awaited this poor little girl.”

Authorities say that after the young girl’s family reported the incident to Law Enforcement Officers, around fifty officers from the sheriff’s department began intensive black work Stanga. The officers knocked on several doors, surveilled possible suspects, and stopped any white SUV that passed by. Officers eventually identified the kidnapper as the owner of the vehicle even though it appeared he had recently painted it. Simmons stated that other videos also helped identify him as well, including security footage from a grocery store after the attempted kidnapping that showed his arms covered in the blue slime that the girl was playing with. Officers arrested him at his home located in Pensacola without incident.