A Florida man with a stolen tractor, a bottle of pills, a pack of cigarettes, and unclear goals was caught on video getting tasered into oblivion after he was pulled over by a Washington County Police deputy. The man, Charles McNeil, assaulted the officer and then attempted to flee. The video, which is from the dashcam of the police officer’s car, shows the entire ordeal, from the moment the swerving tractor is pulled over right until this Florida luminary hits the pavement face first with a car battery’s worth of electricity flowing through him.

This incident is a depraved sex act and a terrifying animal away from getting Florida story Bingo. It’s even got camo, SEC school paraphernalia, and a guy smoking a cigarette. If only this had somehow happened in a Publix bathroom too. (The ladies room, of course.)

There’s no way that guy woke up with the same amount of teeth he hit the pavement with. According to the police report, McNeil punched the officer and then attempted to pick him up and body slam him into the pavement, so that cop probably turned his taser up to its Green Mile setting.

The guy’s fall after getting tasered is obviously the headliner here, though I can’t help but be the most amused by how dedicated he was to smoking that cigarette. He never takes it out of his mouth, as far as I can tell. He might have been sprinting with that thing hanging off his lips. (In which case he probably swallowed it.) Again, I know this is being selfish because that fall, as well as this man’s general demeanor, are absolutely wonderful, but I wish just one more Florida thing had happened. Like if right after he hit the ground a gator popped out of the bushes and ripped off a leg or something. Either way, great stuff Florida.

This article was originally published October 9, 2018.

Watch: Police Firearms: What and Why – A Law Enforcement Perspective 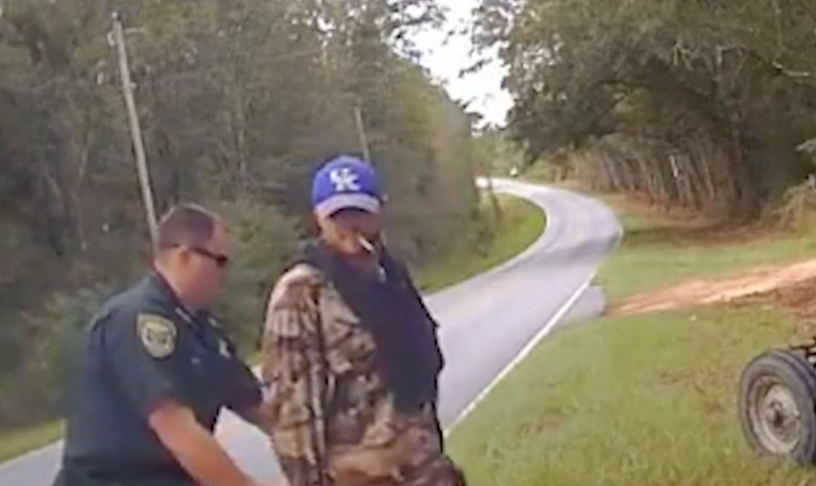