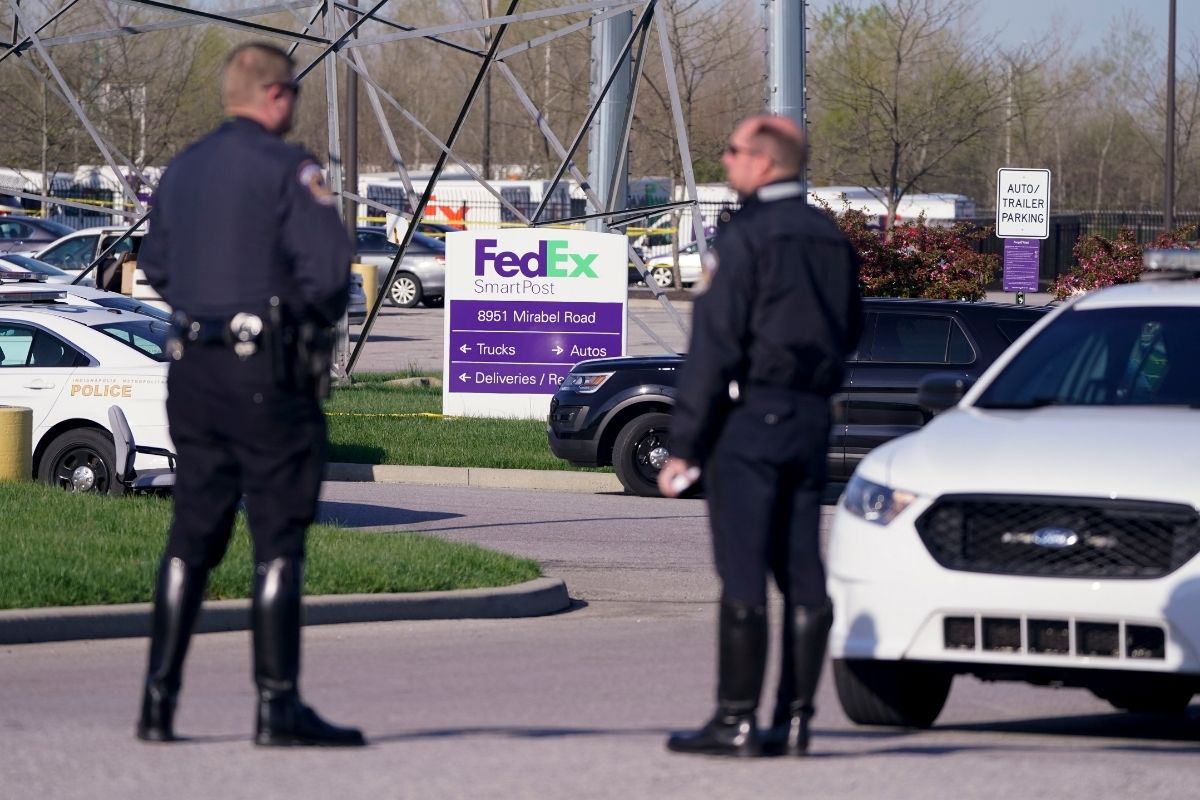 INDIANAPOLIS (AP) — A gunman killed eight people and wounded several others before apparently taking his own life in a late-night attack at a FedEx facility near the Indianapolis airport, police said, in the latest in a spate of mass shootings in the United States after a relative lull during the pandemic.

Five people were hospitalized after the Thursday night shooting, according to police. One of them had critical injuries, police spokesperson Genae Cook said. Another two people were treated and released at the scene. FedEx said people who worked for the company were among the dead. A witness said that he was working inside the building when he heard several gunshots in rapid succession.

“I see a man come out with a rifle in his hand and he starts firing and he starts yelling stuff that I could not understand,” Levi Miller told WTHR-TV. “What I ended up doing was ducking down to make sure he did not see me because I thought he would see me and he would shoot me.”

It was the latest in a recent string of mass shootings across the U.S. Last month, eight people were fatally shot at massage businesses across the Atlanta area, and 10 died in gunfire at a supermarket in Boulder, Colorado. It was at least the third mass shooting this year in Indianapolis alone. Five people, including a pregnant woman, were shot and killed in January, and a man was accused of killing three adults and a child before abducting his daughter during at argument at a home in March.

Police have not identified the shooter or said whether he was an employee at the facility. They said “preliminary information from evidence at the scene” indicated that he died by suicide. “We’re still trying to ascertain the exact reason and cause for this incident,” Cook said.

Gov. Eric Holcomb ordered flags to be flown at half-staff until April 20, and he and others decried the shooting, with some noting how frequent such attacks are. “We wake up once more to news of a mass shooting, this time in Indiana. No country should accept this now-routine horror. It’s long past time to act,” Secretary of Transportation Pete Buttigieg, who is from Indiana, tweeted.

Family members gathered at a nearby hotel to await word on loved ones — and some employees were bused there for tearful reunions. But some people said they still had no information about their relatives hours later. Most employees aren’t allowed to carry cellphones inside the FedEx building, making contact with them difficult.

Shooting at FedEx Facility in Indianapolis

Pray for the families of those killed last night in a FedEx facility in Indianapolis. Also pray for the Indianapolis Metropolitan Police Department (@IMPDNews) and first responders.  https://t.co/RabCEgYncO

“When you see notifications on your phone, but you’re not getting a text back from your kid and you’re not getting information and you still don’t know where they are … what are you supposed to do?” said Mindy Carson, holding back tears. Her daughter, Jessica, works in the facility and she had not heard from her. Police were called to reports of gunfire Thursday just after 11 p.m., and officers “came in contact with (an) active shooter incident,” Cook said. The gunman later killed himself.

“The officers responded, they came in and did their job. A lot of them are trying to face this, because this is a sight that no one should have to see,” Cook said.

Craig McCartt, of the Indianapolis police, told NBC Today early Friday that officers still knew “very little.” Chris Bavender, a spokesperson for the FBI’s Indianapolis office, said that they are helping the police with the investigation.

Attorney General Merrick Garland was briefed on the shooting, and the White House said President Joe Biden would be. Biden’s advisors have been in touch with the city’s mayor and law enforcement officials.

A man told WTTV that his niece was sitting in the driver’s seat of her car when the gunfire erupted, and she was wounded. “She got shot on her left arm,” said Parminder Singh. “She’s fine, she’s in the hospital now.” He said his niece did not know the shooter.

About the author: Casey Smith
Casey Smith is a writer for The Associated Press.
View More Articles