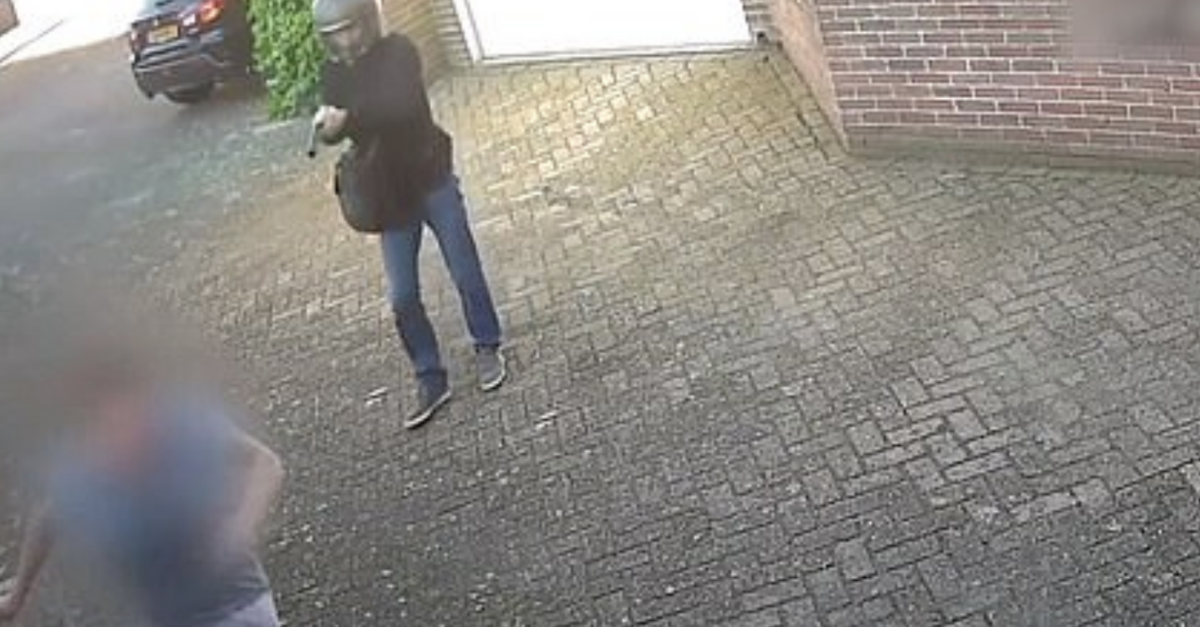 A 39-year-old Dutch mother was about as unpleasantly surprised as one possibly could be while taking the trash out the other day. She turned around and, uh, there was a hitman wearing a motorcycle helmet, pointing a silenced pistol at her. Then the hitman started to shoot that silenced pistol. Not wanting to die like she was in the prologue of a Bourne movie, she, of course, started running.

Fortunately, the woman survived the attack. She was shot once, though the bullet went clean through her arm, causing only minor damage. Upon entering her house the woman got her teenage daughter to dress the wound as they called the police.

Though a motive for an actual mob-style hit on a freakin’ mom isn’t known at this time, Dutch authorities believe it could be connected to a string of drug-related crimes in the Eindhoven area. The mother said her family has no involvement with organized crime and that she has no idea why she was targeted.

The entire, terrifying hit was captured on a security camera. It was aired on Dutch TV in order to help track down the killer, or even help figure out a motive. It shows the mother taking out the trash and, as she finishes, a man walking up behind her. The man is seen wearing jeans, a black jacket, and a black motorcycle helmet that covers his entire face. He then pulls out his silenced pistol, aims it at the woman, and shoots.

The woman is then seen scurrying away as the hitman continues shooting. It’s all pretty messed up.

Police said the hitman fled on the back of a motorcycle driven by another guy because, really, this might actually be the prologue to a Bourne movie.

This story was originally published November 13, 2018.