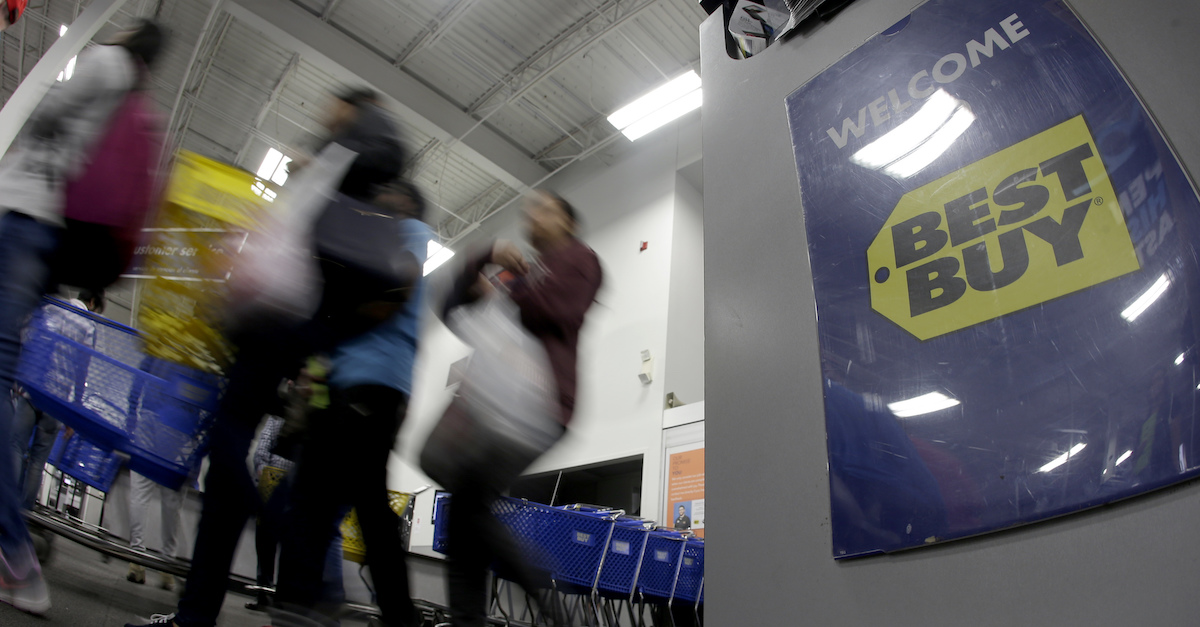 Music as we knew it will never be listened to this way again, says Best Buy through its decision to ditch CDs from its shelves once and for all.

RELATED: FAA investigates after drone flies too close to a plane in Las Vegas

Retailers like Best Buy and Target, finding it impossible to compete with YouTube, Spotify and Pandora streaming services, digital music downloads and pirating, are beginning to phase CD sales out of their businesses.

Best Buy to pull CDs from shelves; Target could be next https://t.co/5PTq2a18Sm pic.twitter.com/gZ2ofwRXQQ

While Best Buy reportedly plans to stop selling CDs completely by July 2018, Target is moving to shift risks from carrying CDs in its inventory from itself to music companies, according to Billboard.

Citing unnamed sources familiar with the situation, Billboard said Target has issued an ultimatum to music labels: we’ll pay for your CDs, but if they don’t sell you have to pay us back.

Meanwhile, sources say that Target has demanded to music suppliers that it wants to be sold on what amounts to a consignment basis. Currently, Target takes the inventory risk by agreeing to pay for any goods it is shipped within 60 days, and must pay to ship back unsold CDs for credit. With consignment, the inventory risk shifts back to the labels.

According to those sources, Target gave the ultimatum to both music and video suppliers in the fourth quarter of last year that it wants to switch to scanned-based trading, with a target date of Feb. 1. But while it is proceeding to push DVD vendors to switch to scan-based trading terms (i.e. the chain would pay for DVDs after they are sold or scanned while being rung up at the register), it has moved the deadline back to music suppliers to either April 1 or May 1. So far, music manufacturers are not sure what they are going to do, but sources within the various camps say that at least one major is leaning no, while the other two majors are undecided.

Best Buy, on the other hand, has seen a drop in sales so precipitous that it will put the kibosh on CD sales altogether.

RELATED: Video of drugged woman going all in for the Eagles goes viral

People on the internet are reacting to the news as some have responded to the shift from hard copy books to books on a screen.

So where are we going to get or deluxe albums from ? 😢😢😢

This is what happens when computers rule the world. A mess😑

yes! I enjoy the design of a CD, artwork and the liner notes. Makes the music much more real.

Those things used to be magical. The Internet, as amazing as it is for artist connectivity, actually destroyed much of the wonderful mystery surrounding an album and the artist

Saddest news of the day :/

Cassette tapes rolling over in their grave rn pic.twitter.com/6MogrPF1gt

The death of the CD's begins