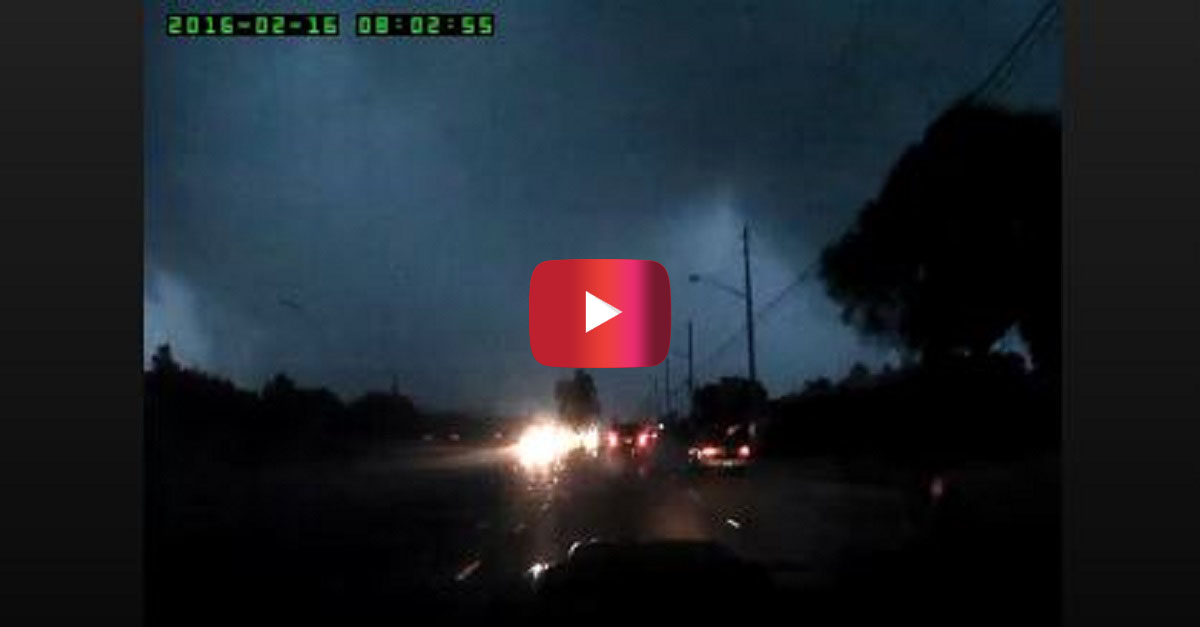 Warning: Language may be offensive.

A tornado touched down in Pompano Beach, Fla., on Tuesday, causing damage across the area.

Anthony Ciarrocchi was driving to work on what he thought was a typical rainy morning. He claimed he was completely oblivious to the huge twister heading towards him. Dashcam footage caught him driving down the road, cursing at and passing other drivers, and driving around the flying debris. At one point, he even called the tornado a hurricane.

He experienced one heck of a morning commute and had a bit of road rage!