When an Armed Robber Tried to Take His Cash, This Calm Clerk CalledBulls**t 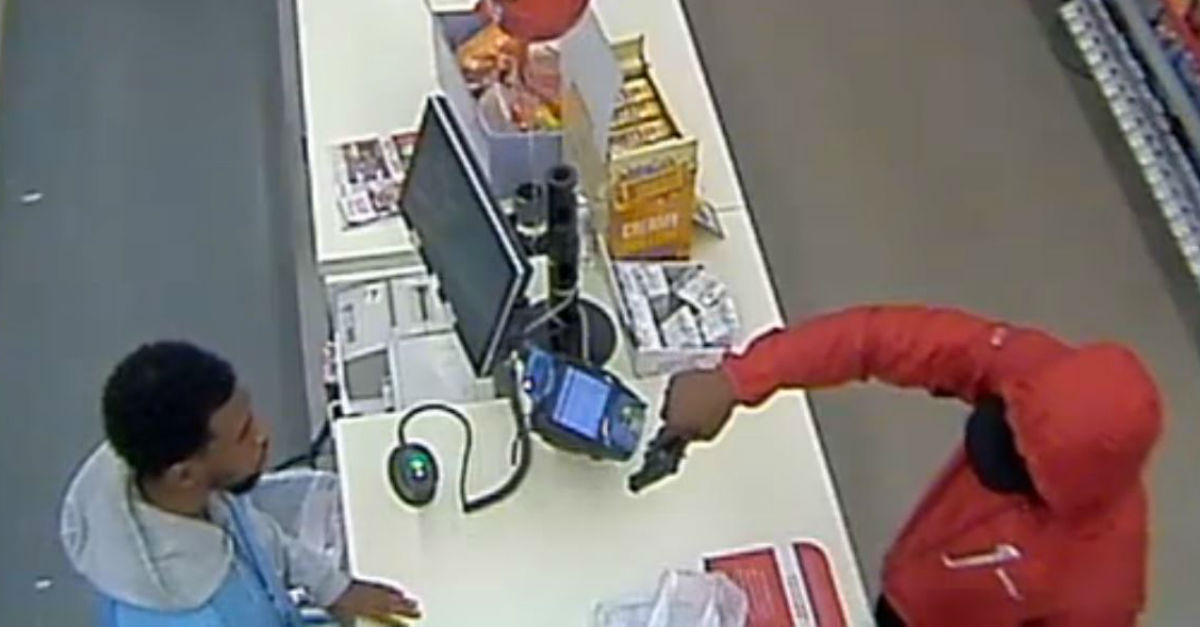 A Florida robber picked the wrong Walgreens when he decided to stage an old-fashioned stick-up at a Weston, Florida location and found himself face-to-face with a cashier boasting nerves of steel.

Detectives at the Broward County Sheriff’s Office are still hunting for the suspect who failed to make off with any cash — though he did manage to steal some ice cream and candy. In a video of the incident (which occurred on December 5), the suspect is seen approaching the register while wearing a red hoodie; after handing the clerk a few items and drumming his knuckles on the counter, he produces a handgun. For the next few seconds, he waves the weapon around and points the barrel at the cash drawer, but the cashier doesn’t budge. Finally, the criminal hangs his head and trudges out of the doors while carrying the gun at his side.

When the Sun-Sentinel asked the clerk, later identified as 26-year-old Jayson Shipp, why he chose to stare down the thief instead of forking over cash, Shipp explained “I honestly didn’t see a reason to. He seemed like an amateur.” According to the Florida-based paper, the suspect was only able to make away with $6.34 in Life Savers Gummies — the value of the stolen ice cream is unknown.

The authorities say that they suspect this particular criminal of being a serial offender and believe that he has undertaken similar hold-ups at other Broward County stores. The sheriff’s office released the recording on December 7. Unfortunately, at no point in the video (at least in the video that was released) are we able to catch a glimpse of the suspects face.

RELATED: This real-life Grinch has been arrested for the second Christmas in three years