Coolest Man Ever Lights Cigarette as Robber Sticks Gun in His Face, Holds Up Bar 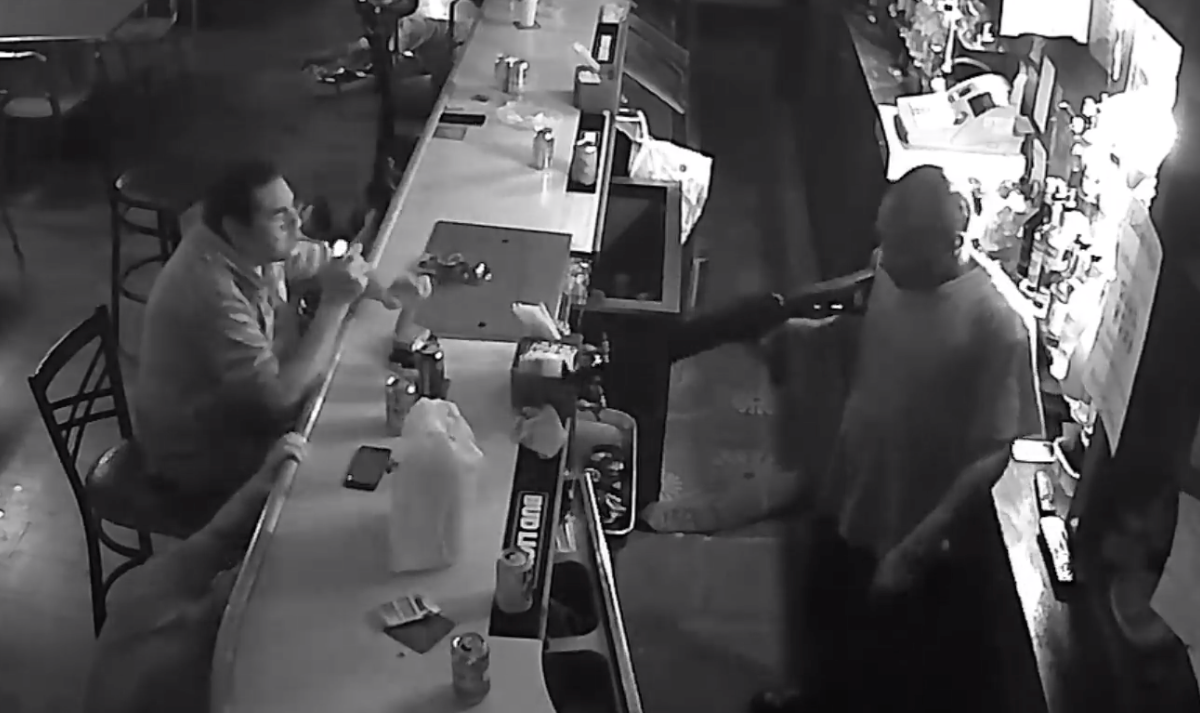 A St. Louis, Missouri man was caught on video being very much not in the mood to take any shit. All he wanted to do at Behrmann’s Tavern in south St. Louis was have a few drinks, smoke a few squares, and chat with the other Tuesday night barflies.

But no. Some jerkoff had to come in waving a big gun around and stick the place up. Well, he stuck up everyone but this guy. While all the other bar patrons and workers hit the floor and quickly handed over whatever the robber asked for, this random guy was like, “No. Not to-Goddamn-day.”

Let’s go to the tape.

1. This guy doesn’t care from the start. The video basically begins when the robber (still off-screen) comes in. Everyone freaks. This guy, though, looks back as if to say, “Jesus Christ this day couldn’t get any worse. Screw it I’m here to drink. I’m gonna keep drinkin.”

This guy has clearly been going through some stuff and wasn’t in the mood to take any more of the world’s crap that night.

2. Everyone else hits the deck super fast. A series of smart movies.

3. HOLY SHIT. The guy has a big gun shoved into his chest and still refuses to let the robber take his phone. It’s doubtful he’s willing to get plugged at point-blank range over an iPhone. A 17-year-old might be but not this guy. Again, this is probably a “principle fo the thing” deal.

4. You can tell this robber doesn’t want any trouble. He wants a quick couple of bucks, not the entire St. Louis Police Department hunting for him. He’s not there to waste anyone. The gun might not even be loaded.

5. By the way, this gun looks huge but according to police it’s a heavily modified pistol, not a rifle or submachine gun. Those still kill you though so it’s not really any comfort.

6. The guy lights a cig right in the robber’s face. This man just pulled a move from a Charles Bronson movie (minus following up that cigarette lighting with five minutes of blood-soaked revenge).

Actually, this is like the less dramatic, hoosier, dive bar version of Samuel L. Jackson in Pulp Fiction.

Police are still searching for the suspect, who was able to leave with a couple hundred dollars but none of this guy’s stuff.