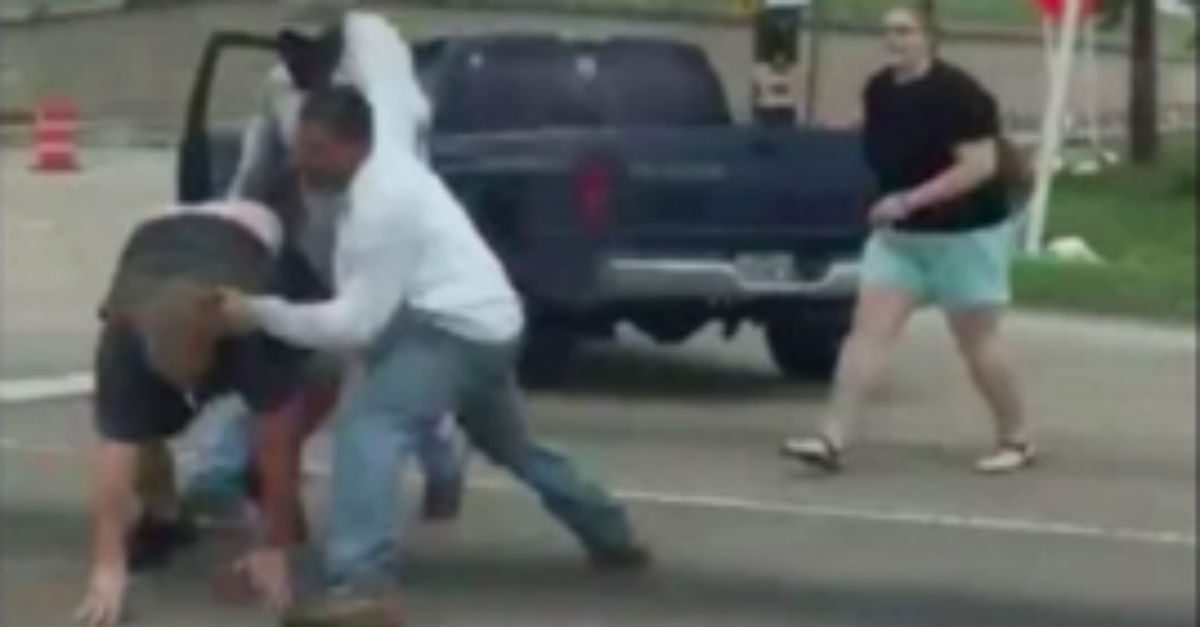 White car took off after them…. I wonder if they caught them pic.twitter.com/lA29Nv7f3O

Pro tip for all you roadsters out there: if you’re ever tempted to get out of your car during a potential road rage incident, don’t. It never ends well.

Just ask this Texas couple, who were adamant about getting into it with a driver they felt had wronged them in some way. They found out that was a bad idea when the driver and his passenger started throwing punches, even going so far as to hit the woman in the face.

In the end, the couple got the last word in by backing into the car of their aggressors before driving away, but they’re lucky no one was hurt worse than they were.