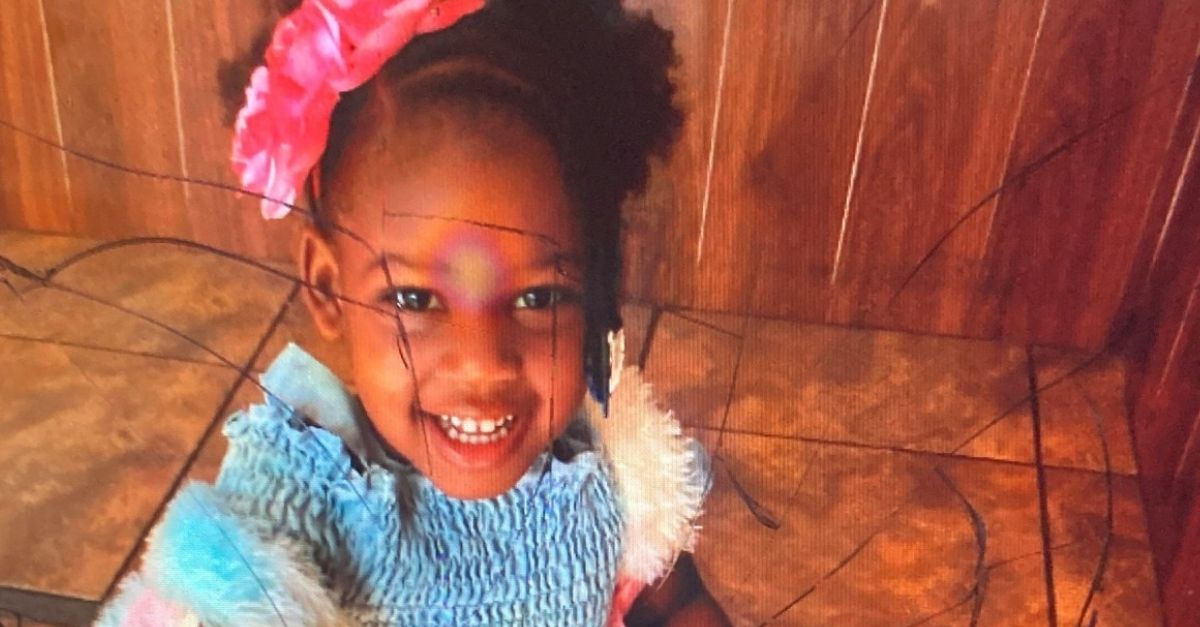 Editors Note: This article was updated on September 23, 2020, at 11:30 a.m. after authorities announced Chasity Collins was found safe after being kidnapped outside a 7-Eleven.

3-year-old Chasity Collins was inside a car when it was stolen outside a convenience store in the Red Bird area of Dallas. Authorities stated the toddler was officially found safe. Police confirmed Collins was in a white 2009 Lincoln 4 door MKZ sedan with Texas license plates JJT5997 when it was stolen outside of a 7-Eleven in the 2400 block of West Ledbetter Drive. Collin’s mother had left her inside the car unattended with the engine running before it was stolen.

Luckily, the girl was found safe by officers in the 1100 block of Mountain Lake Road, three miles from where she was taken. Investigators have yet to say whether or not there have been any arrests made. A regional and statewide Amber Alert was requested through the Texas Department of Public Safety after her disappearance.

Update: September 23, 2020 at 10:55 am. Critical missing Chasity Collins has been located and is safe. @ChiefHallDPD https://t.co/IkvalPr3nT

An amber alert has been issued for a 3-year-old girl who was kidnapped from a convenience store in Dallas Wednesday morning. According to authorities, it was around 12:30 a.m. when Chasity Collins’ mother left the engine running while she went inside a 7-Eleven located along West Ledbetter Drive at South Hampton Road. That’s when a stranger jumped into the car and drove off with Chastity still inside the vehicle. The 4 door Lincoln MKZ has Texas license plate number JJT5997. 3-year-old Chasity Collins is described as having brown eyes, black hair, stands around 3 ft tall, and weighs 85 pounds. She was last seen wearing an unknown color short-sleeve shirt with gray tights and no shoes.

A local and statewide Amber Alert was requested to the Texas Department of Public Safety. If you have seen Chastity or the stolen car you are asked to call the Dallas Police Department at 214-671-4268.

Just this week the Aiken Department of Public Safety stated two South Carolina boys were officially found safe in Florida.  9-year-old Matthew and 7-year-old Jerry Kinman were located in good condition at a home in Panama City Beach after missing for days. Their mother, Nancy Christina Kinman, was initially wanted for questioning in connection with the disappearance. Aiken police had issued an alert, saying that the boys have been taken from your bedroom at their home during the night.

In Ohio, U.S. Marshals were able to recover 35 missing Northeast Ohio children as part of a joint operation. The missing and endangered children were between the ages of eighteen, and almost 20 percent of them were types of human trafficking. According to U.S. Marshals, there are only five cases that were referred to the Marshal task force that remain open.

The United States Marshals Service announced that its Operation Safety Net has concluded and a total of 35 missing children were recovered in northeast Ohio as a result. https://t.co/qZocfvNih1

United States Marshals for the Northern District of Ohio created a missing child unit based on the results of an operation safety net, which is an effort that includes local and federal enforcement. The children were recovered in Euclid, Akron, Cleveland, Mansfield, Columbus, and Miami, Florida. If you have any information or have tips to share about missing children your ass to call the tip line at 1-866-432-6833.

Watch: Parents Reunite With Son Who Was Abducted 32 Years Ago