Texas Teacher Made Student ‘Fill In’ Haircut With Permanent Marker 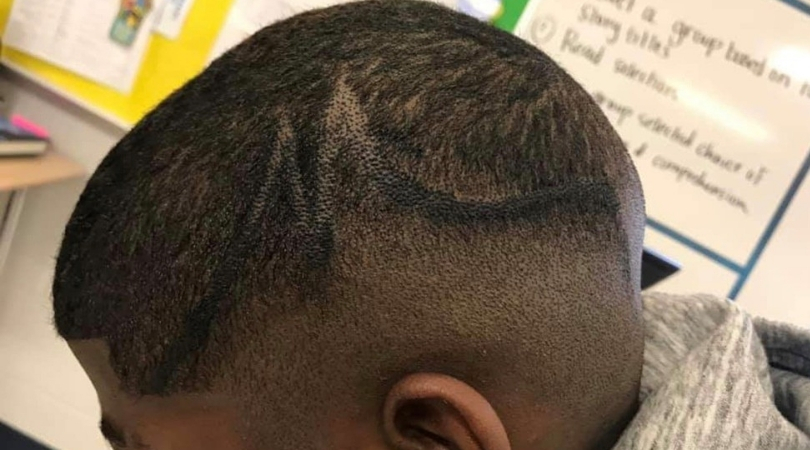 A federal civil rights lawsuit has been filed against a Texas school district, along with a teacher and administrators, after the teacher drew on a black student’s head with a permanent marker. Back in May, Pearland ISD teacher, Jeannette Peterson, told the seventh-grader Juelz Trice that his haircut did not adhere with the school dress code.

Peterson took matters into her own hands and told him that he would face discipline unless he allowed the shape of his hair carving to be filled out with a black marker. Safe to say she was quickly put on administrative leave after the incident, because well, you just don’t do that sort of thing. Everyone knows this.

The lawsuit calls the whole act “racist” and names a school discipline clerk at Berry Miller Junior High as well as the child’s principal Tony Barcelona. According to the seventh-grader, the Texas teacher gave him two options: Go to in-school suspension or color in the shape of the hair carving. Through a statement, Pearland ISD said that the practice is “not condoned by the district” and doesn’t align with appropriate measures for dress code violations.

Send him home let his parents deal with it. Don’t come back until it’s fixed. It’s not rocket science. Lol

The school’s dress code does state that hair must be clean, neat, and well-groomed, noting that extreme hairstyles such as mohawks, carving, spikes, etc., are not allowed on school grounds. The student handbook did not include how a situation is handled if a student violates those rules.

Trice’s parents and lawyers filed the lawsuit after they say they attempted to resolve the issue with the district, but unfortunately, got no response. Which is understandable, because making this kid fill in his hair with a PERMANENT marker is way too excessive. If I was his teacher, I would probably give him a warning that day and tell him he needs to get it fixed by the next day.

Or maybe call his parents and explain why it could be a problem. I would not force him to cover it up with a marker, that’s just ridiculous. The school is acting as if he seriously had a bad word carved into his head or something. We can do better, people.