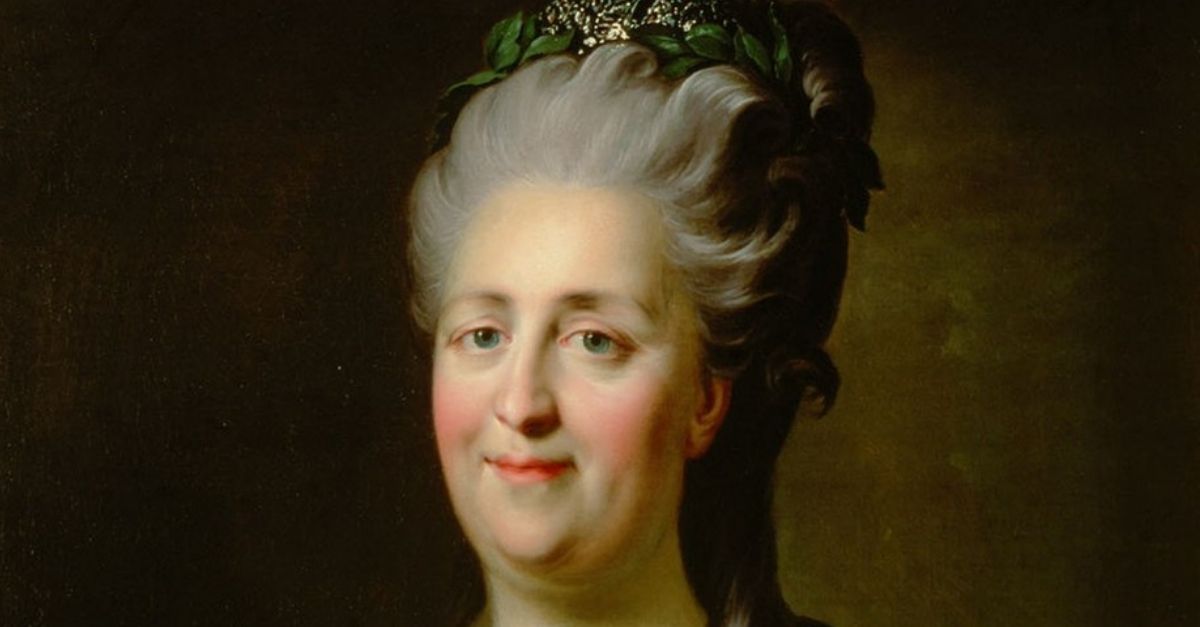 Catherine the Great has garnered conflicting reputations throughout her life concerning her reign in Russia. She first came into power by usurping. She and her paramour Grigory Orlov, who was from an influential family, staged a coup shortly after her husband had inherited the throne. According to Frederick the Great of Prussia, her husband, Peter IIi gave up the thrown without much of a fight. Here’s the story of Catherine the great and how she came to be a legend.

In 1729, Princess Sophie of Anhalt-Zerbst was born near central Germany.  Her family was impoverished but had a few connections. This is how she came to be betrothed to Peter III, heir to the Russian throne. Peter was the nephew of Empress Elizabeth and grandson to Peter The Great. At the age of 16, after learning Russian, converting to Eastern Orthodoxy, and taking a Russian name, she married and became the Grand Duchess Catherine Alekseyevna.

Her marriage to Peter was loveless and dull. From intellect and interests, the pair were on different levels. Grand Duchess Catherine Alekseyevna spent her time learning Russian, read the works of the Enlightened, and grow herself as a leader. Peter, on the other hand, spent his time indulging in dislikeable behavior, attempted to convince people he was a necessary military commander,  and although he held the Russian throne, often spoke and acted in favor of his home country of Prussia. A military campaign in Denmark, German that he abandoned to benefit Prussia and held no value to Russia, was one of those moments. After a short time in their marriage, it became clear to Catherine that her husband was intentionally being hostile and isolating her in hopes of ending their marriage. He also had a mistress. But, so did Catherine. And she was in it to win it.

She and her lover, on July 9, 1962, took over the thrown at Winter Palace, announcing herself as Catherine II, sole ruler of Russia. According to The Romanovs 1618-1918, when Peter realized what had happened and that he was no longer in power, he proclaimed: “Didn’t I tell you she was capable of anything?” and then started to cry and drink. Peter was arrested and forced to sign an abdication document. Peter was found less than a week later dead; the cause remains uncertain. It was deemed “hemorrhoidal colic,” which later came to mean assassination.

Catherine took the throne with her son Paul I, as Russia’s first female leader family. Whom it is assumed was not Peter III’s son. Paul was rumored to be the son of an extramarital affair that Catherina had with one of her earlier lovers, Sergei Saltykov.

Catherine wasted no time in her rule. One of her first moves was called the Nokaz, a 526-page letter of suggestions for the Russian government. Most of the ideas came from her readings of enlightened thinkers. Progressively, the documentation promoted the abolition of having serfs and creating equality through the classes. However, her military campaigns still pitted Russia’s aid against Poland, the Crimea, Sweden, and many other countries. Favoring enlightenment died, however, position the view of Catherine’s rule to be considered progressive in her time. For the Russian culture, she commissioned many projects, including a bronze monument of Peter the Great, a replica of Raphael’s Vatican City, and the first state library.

Perhaps the most well-known love to Empress Catherine II was Grigory Potemkin. They met on the day of her coup. They began a relationship in 1774. Their relationship lasted only two years, but the two remained close, Potemkin working as her right hand politically. Her sexual reputation is mostly a misnomer. She did take many young lovers after Potemkin died. Empress Catherine II died in 1796 after a stroke. Paul, her estranged son, became Russia’s next ruler.