The Mysterious and Creepy Death of Grigori Rasputin, ‘Mad Monk’ of Russia 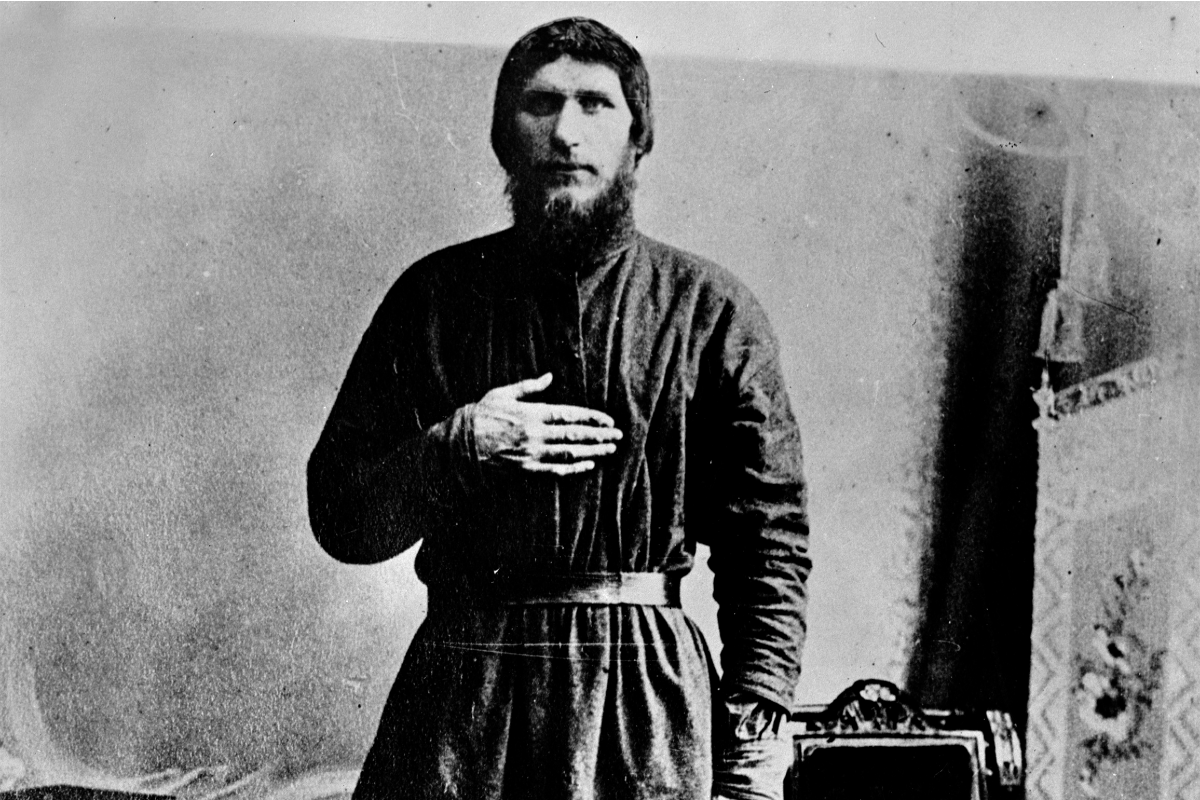 Grigori Rasputin, “the mad monk” of Russia is a figure of legend by his own design–both he and his enemies spread rumors about Rasputin’s life obscuring much of the historical truth. But more legendary than the holy man’s extraordinary life is the tale of Rasputin’s death.

Grigori Yefimovich Rasputin rose from humble Siberian peasant beginnings to the most trusted advisor of the Romanovs, the last royal family before the 1917 Bolshevik Russian Revolution overthrew imperial Russian czardom. Born in Pokrovskoye village in Siberia in 1869, Grigori led an apparently unremarkable life until a stint in a monastery ultimately set him on the path to becoming a faith healer.

How Grigori Rasputin Rose from Peasantry to Power

Enemies and friends alike pointed to his charisma as the source of Rasputin’s influence. It was this magnetism that caught the attention of Orthodox church leaders, and later the Czar and Czarina.

Nicholas II and Alexandra Feodorovna were devout believers in God and doting parents. Their beloved only son Alexei (westernized as Alexis) suffered from hemophilia, threatening to end the male line of the Romanov dynasty. After exhausting all medical options they were desperate for treatment and spiritual solace.

They found both in the up-and-coming Russian mystic. When they first summoned Rasputin to St. Petersburg, he captivated the imperial couple — particularly Empress Alexandra. His influence on Tsar Nicholas and Alexandra was secured when he appeared to alleviate Alexei’s symptoms through prayer.

The Russian Noble Plot Against Rasputin

But not everyone in the Russian empire shared the tsarina’s love for Rasputin. Reports of his drunkenness and womanizing shocked the public, and rumors of a less-than-holy relationship with Alexandra spread among Russians fighting in World War I.  More outlandish myths abounded — that he spread disease, that he was a German spy, or that he had taken over the imperial family’s rule.

Prince Felix Yusupov was one among many nobles who wanted Rasputin gone from Saint Petersburg, to restore the monarchy’s reputation and bolster the aristocracy and the parliamentary Duma’s influence. He and his coconspirators concocted a murder plot — Yusupov would invite Rasputin to dinner with his wife Irina and serve him poisoned food and drink.

Yusupov’s memoirs offer his account of the murder. He alleges Rasputin consumed cakes, tea, and wine laced with cyanide to no apparent effect. In desperation, Yusupov seized a pistol from his cousin Grand Duke Dmitri and discharged a seemingly fatal shot into Rasputin’s chest.

Later, when he returned with his coconspirators, Rasputin leaped up and attacked. Yusupov fled outside and Rasputin followed, where he was shot by one of Yusupov’s allies and collapsed in a snowbank. Rasputin’s body was wrapped up by the men and thrown in the Nevka river. When his body was found, reports spread that there was water in his lungs — that he’d survived the murder plot only to drown.

Historians suspect that Yusupov may have exaggerated his account of the murder and that Rasputin really died from a close-range gunshot to the head. The legend of Rasputin’s death has proved more persistent, however, surviving in Russian mythology and international pop culture like the 1978 disco hit “Rasputin” and the animated film Anastasia.