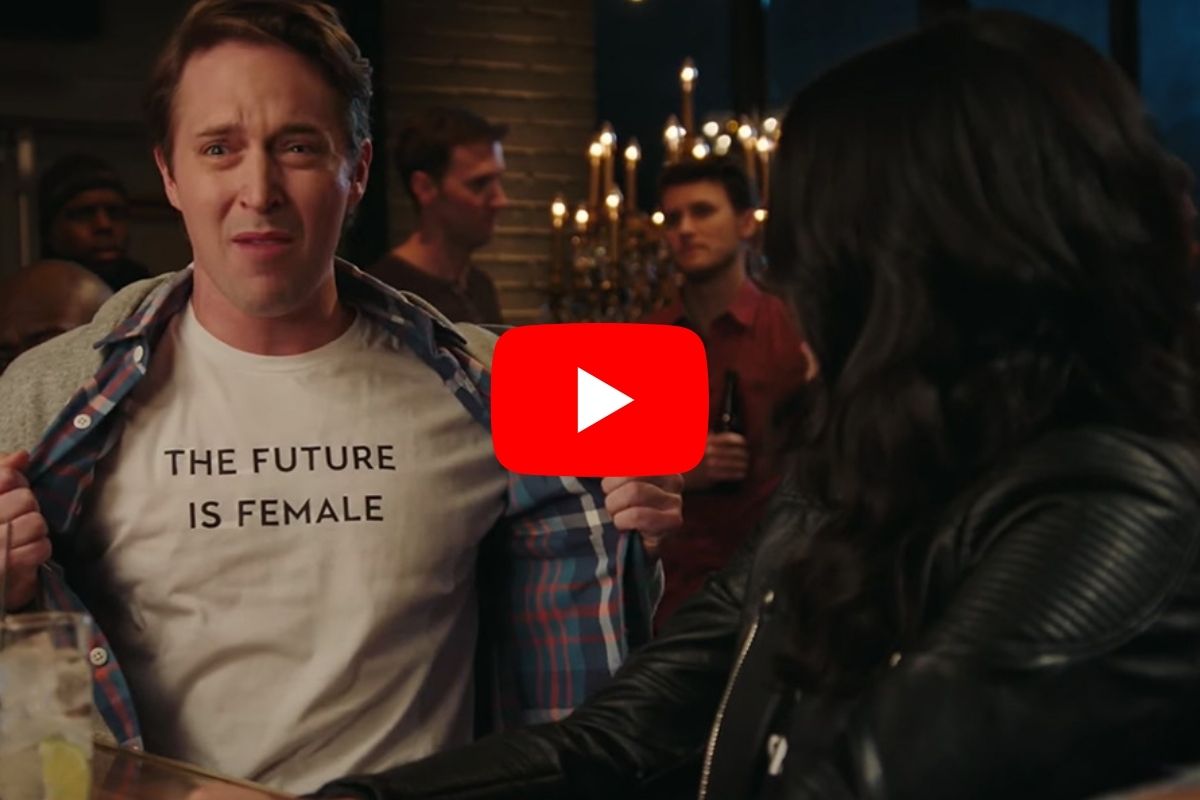 No offense, but dudes at bars are kind of the worst. Take it from a girl who’s had her fair share of unnecessarily horrible encounters with men while trying to have a night out with the ladies. I have to say, sometimes I feel bad for saying “no” to guys who have bought me drinks, but that’s so messed up to believe you’re entitled to a girl spending the night with you just because you bought her drinks.

NBC’s Saturday Night Live captured what I, and many other girls, have experienced at bars and the confusion, stress, and anxiety we go through having to navigate the seas of annoyingly idiotic men. In this SNL short called “Girl at a Bar,” the title already hints in its own simplicity what generally happens to girls at bars.

Cecily Strong plays a normal girl who walks into a crowded bar, looking for her fellow female friend. As soon as she finds a a seat, cast member Beck Bennett, who plays Dave, appears and asks if the seat next to her is taken. She visibly hesitates, to which he replies, ?Sorry, i?m not like a gross guy trying to hit on you or anything, I just can?t find a seat.? Seems safe, right?

Relaxing a little, they bond over how there are “skeezy guys” everywhere at the bar. Dave, then points out how they both have t-shirts on with the phrase ?The Future is Female.? So surely, this guy is actually decent.

But when Dave asks if she?d want to go out on a date, and she politely declines, he angrily replies with, ?okay, bitch!” continuing with, ?I?m wearing this shirt and you won?t even let me nut?!” Yeah, nevermind this a**hole. She’s saved by Kyle Mooney who talks to her about how he took a bus full of people to the women’s march in Washington, D.C. So surely this guy must be better.

Well, not exactly. Turns out, he’s a fake feminist too, to which he responds angrily to her rejection to his unwarranted advances. The same exact thing happens with Mikey Day, who “worked for Hilary Clinton” and Alex Moffatt, who tries to start a conversation about Kamala Harris. Both are also exposed as fake feminists.

And yes of course not all men are bad and maybe these guys were just the wrong men. But wait until her friend finally shows up.