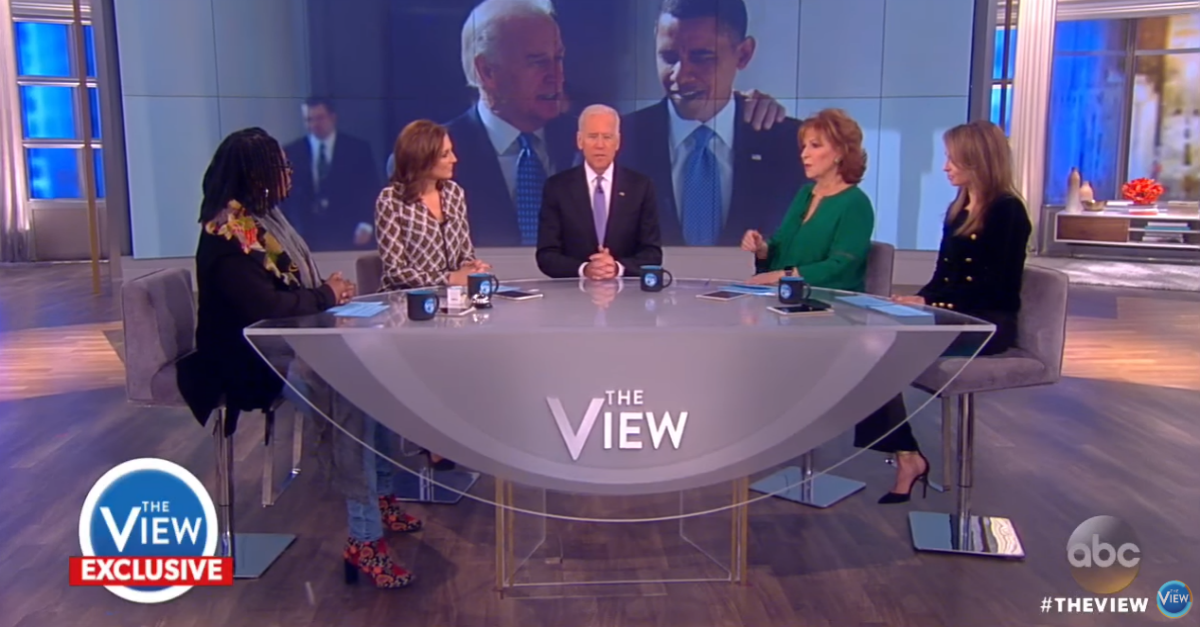 On Thursday, the world said goodbye to Barack Obama, Joe Biden and the bromance that ruled the United States for the last eight years. On Friday morning, Biden went on “The View” to talk a little more about working with the president. He said that when he was being considered for the job, his only request was that he be “the last one in the room in every major decision.” He also said that their relationship has grown out of a “notion of trust.”

RELATED: Joe Biden joined the ladies of “The View” to discuss his plans after office, how he’ll stay involved in policy, and his late son Beau

Biden began his life in public service in his local county council in 1970, and only two years later, he was elected to the United States Senate. He has been known to give impassioned speeches that sometimes come off the cuff and the nation mourned with him when he lost his son Beau to brain cancer. Biden has said that after he leaves office, he will spend his time split between the University of Pennsylvania and his alma mater, the University of Delaware.

RELATED: Vice President of fun: Was this Joe Biden’s best photo moment of 2016?