More Americans than ever are dying due to walking with their eyes glued to their phones, a new report says 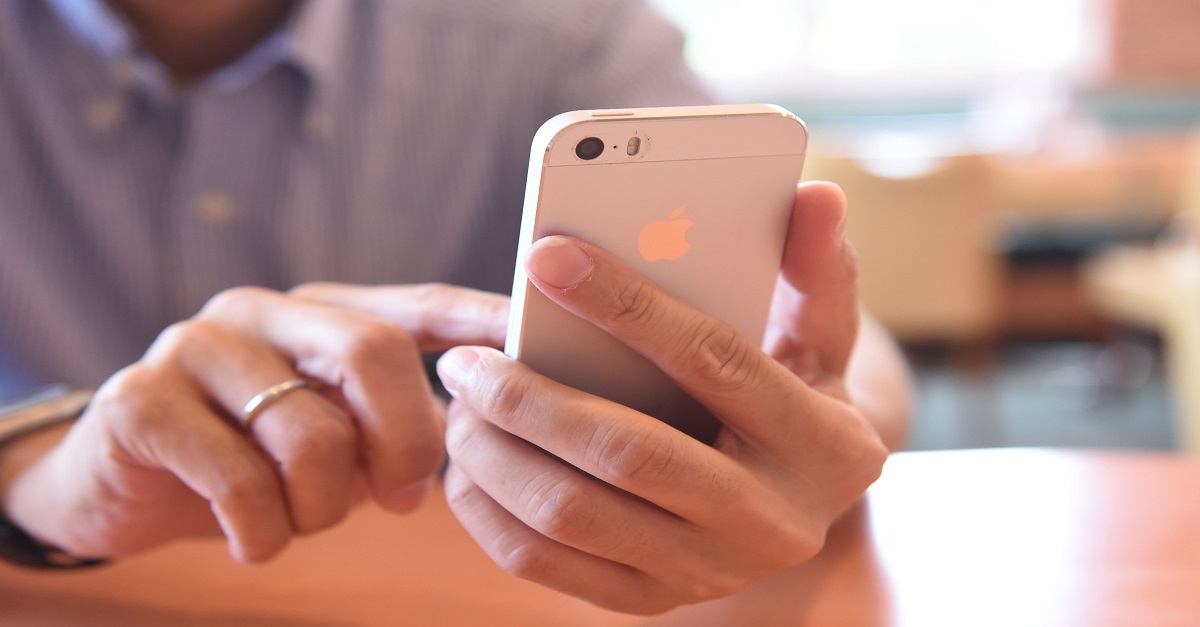 Photo by Atsushi Tomura/Getty Images
TOKYO, JAPAN - JULY 16: A man uses his smartphone on July 16, 2014 in Tokyo, Japan. Only 53.5% of Japanese owned smartphones in March, according to a white paper released by the Ministry of Communications on July 15, 2014. The survey of a thousand participants each from Japan, the U.S., Britain, France, South Korea and Singapore, demonstrated that Japan had the fewest rate of the six; Singapore had the highest at 93.1%, followed by South Korea at 88.7%, UK at 80%, and France at 71.6%, and U.S. at 69.6% in the U.S. On the other hand, Japan had the highest percentage of regular mobile phone owners with 28.7%. (Photo by Atsushi Tomura/Getty Images)

Everybody knows that texting while driving can have deadly results, but texting while walking? That too can have fatal consequences, according to new research, Fox News reports.

For a second consecutive year, the number of pedestrian deaths in the U.S. reached nearly 6,000, having risen 27 percent between 2007 and 2016, according to a Governors Highway Safety Association (GHSA) report released Wednesday. While the reasons for the increase in pedestrian deaths over the last two years aren’t entirely clear, experts suggest that smartphones and marijuana are partially to blame.

“It?s downright disturbing; people outside cars are dying at levels we haven’t seen in 25 years,” Richard Retting, director of safety for Sam Schwartz Consulting and author of the GHSA report, told USA Today.

The overall theme of the report is that both drivers and pedestrians are increasingly distracted by their phones, so much so that it’s causing more accidents and more deaths.

The GHSA report estimates that 5,984 pedestrians were killed in the U.S. in 2017, with driving under the influence of drugs also being a concerning factor.

RELATED: Over 150 new emojis are coming in 2018 — and representation appears to be key

A majority of those deaths during the first half of 2017, 43 percent, occurred in just five states: California, Florida, Texas, New York and Arizona. Those states are home to just 30 percent of the U.S. population, NPR reports, citing the GHSA paper, suggesting distractions are especially dangerous for pedestrians in urban areas.

What is becoming clearer, according to the data in the report, is that the proliferation of smartphones, legalized marijuana use and excessive drinking were contributors to the deaths, although GHSA is careful to clarify that no “definitive link” has yet been established between those factors and rising pedestrian fatalities.

From 2010 to 2016, smartphone use exploded in the U.S., with the reported number of devices in active use rising 236 percent in that time period, the report said, which cited a rise in ?cell phone-related? emergency room visits.

“We?ve got distracted drivers, and we?ve got distracted pedestrians, and that is a deadly combination,” Rebecca Lindland, a Kelley Blue Book auto analyst, told USA Today. “At some point in time, people both behind the wheel and walking in the street have to take responsibility for their behavior and put down the phone.”

So what can be done?

California might have a solution: new ordinances forbidding smartphone use while walking. The city of Montclair has made it illegal to walk across the street while using a phone or headphones, and Honolulu, Hawaii, has passed a similar measure.

But such laws are hard to enforce and likely won’t prevent people from wandering into the street while staring at their screens, let alone break their smartphone habits more broadly.

“You can?t out-regulate distraction,” Rebecca Lindland, a Kelley Blue Book auto analyst. “We?ve got distracted drivers and we?ve got distracted pedestrians, and that is a deadly combination. At some point in time, people both behind the wheel and walking in the street have to take responsibility for their behavior and put down the phone.”