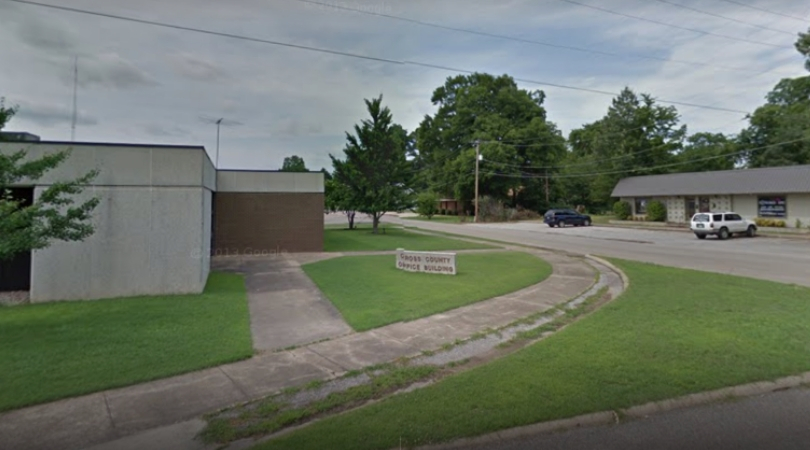 Time to call that racist patrol and lock this woman up for good. An Arkansas jail administrator’s wife was quickly arrested after holding a group of black teenagers at gunpoint. What were these kids doing? They were going door to door trying to raise money for their high school football team.

According to the authorities, 46-year-old Jerri Kelly came out of her Wynne home with a firearm when the four students approached her door asking if she wanted to buy a restaurant discount coupon card. She quickly told the teenagers to leave, some of which were wearing their school jerseys, and demanded they get on the ground with their hands behind their backs. After calling 911, the racist lady stood over them with a gun until officers arrived.

Safe to say the cops were not having it and personally took the teens home, and then arrested Kelly after fully investigating the case. Because well, she threatened the football players by gunpoint, because she’s a racist. Kelly, who is married to Cross County Jail Administrator Joe Kelly, was booked on charges for aggravated assault, false imprisonment and endangering the welfare of a minor.

Kelly was arrested “on four counts of aggravated assault, false imprisonment and endangering the welfare of a minor.”
https://t.co/LKhJElOf6f

Can you imagine how her husband must have felt when they told him his wife was in jail for being a terrible terrible human being? Yikes. That conversation must have been tough. Unfortunately, there is no mugshot of this woman because “she had medical issues” while being booked. Which sounds like a big pile of bologna if you ask me. Her husband must have had something to do with it, it’s called special treatment. Well, that’s my theory.

I mean come on, it’s just too fishy. Everyone knows that getting a mugshot as soon as you arrive is standard procedure. This woman’s face needs to be blasted everywhere! These poor teenagers must have been so scared! This just goes to show you that people are so close-minded sometimes.