The figurine looks absolutely nothing like the incredibly famous music superstar. It’s so bad that it’s hilarious. And, unsurprisingly, people on Twitter are having a field day, showing that they are not “crazy in love” with this statue.

The wax Beyoncé is pale and her facial features are ridiculously bland. This is not the kind of woman who would run the world. Twitter users assert that this supposedly “***Flawless” figure looks like more like Kate Hudson or maybe one of the “Real Housewives of Orange County.”

I thought this was Lindsay Lohan at first glance.

According to Madame Tussauds, the figurine’s odd appearance is just a result of bad lighting. But hold up! Another Twitter user’s photos prove, this isn’t an isolated incident.

In fact, this situation isn’t even isolated to Madame Tussauds, as other wax figures of Beyoncé all over the world are scaring museum guests so much that none of them would put a ring on it.

We have an idea: Madame Tussaud’s should remove their ghastly figurines and replace them with a huge, framed print of this photo:

If they did that, we’d love them until the end of time. 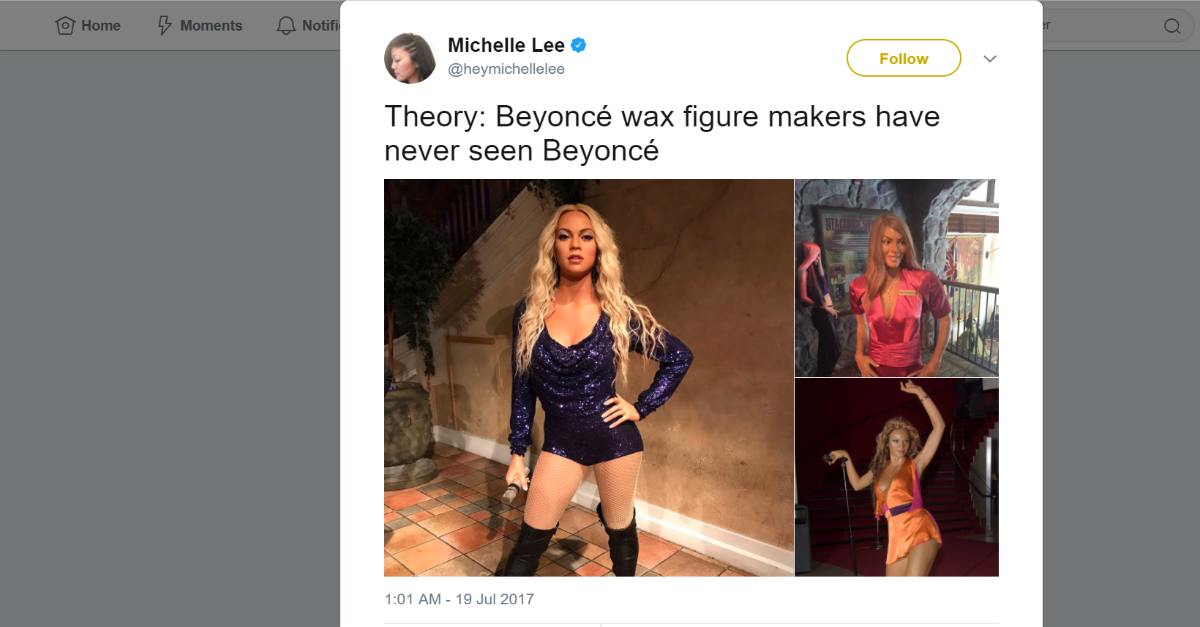